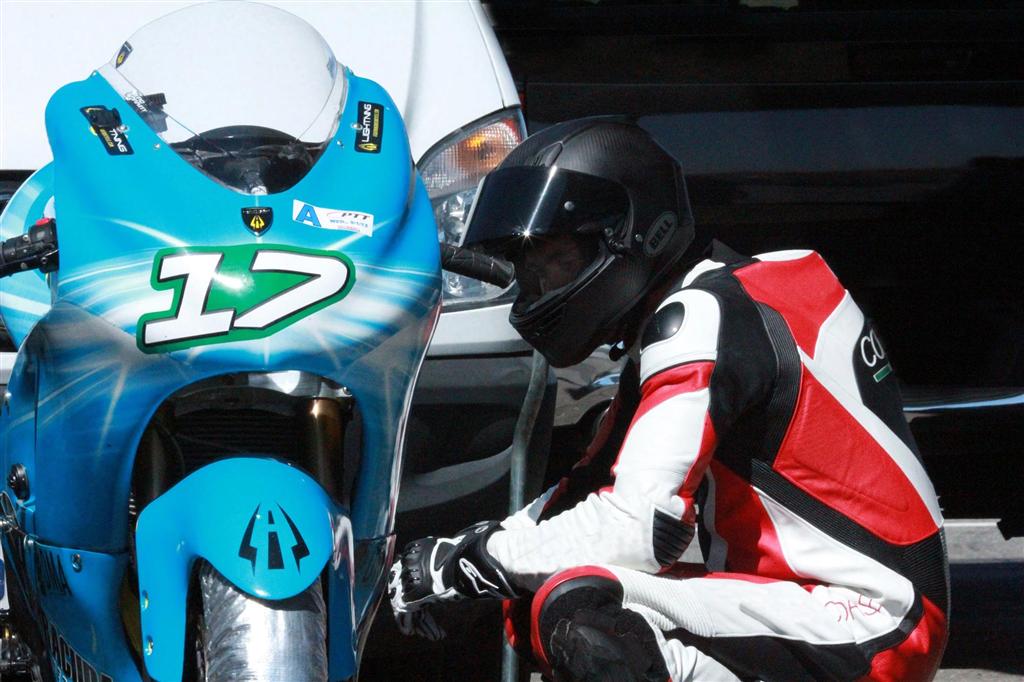 Electric motorcycles as a means of cleaner and economic travel are being put into the history books by modern age electric bikes. The spec chart of the recently unveiled Mission R is one such example. Though there have been numerous past instances of electric motorcycles matching the breed of combustion engines, the latest testimony comes through the feat set by Lightning Motorcycles.

Ridden by current all-time record holder and two-time Pikes Peak champion racer Carlin Dunne, the Lightning Electric Superbike set the fastest time at the 19.99 kms long Pikes Peak International Hill Climb at the first weekend practice session. Carlin Dunne holds the record for being the fastest time ever recorded by a motorcycle in the history of the race aboard the Ducati Multistrada last year clocking the course in 9:52.819.

A jubilant Carlin Dunne said “I have a chance to be a part of something even bigger, to prove something to the rest of the world by riding this amazing electric bike. I’ve been testing it for a month and it’s insane. Its power and acceleration is like nothing I’ve ever ridden. When you light that fuse, hang on.”

The Lighning Superbike is claimed to be one of the first racing vehicles in a motorsport event to leave a zero-carbon footprint. The Lightning Superbike incorporates technologies by the trio of SMA, Trina Solar and EnerDel Lithium batteries and is powered exclusively by Solar Energy.

Speaking on the occasion, Richard Hatfield- CEO and Founder of Lighting Motorcycles said “This is the first time in history that an electric bike has beaten top gas bike competitors on the same playing field. This technology will drive the future of racing. We always knew what we had in the performance of our electric bikes but it takes time for the world to comprehend and accept a huge change like this. It took 50 years for people to accept a car was better transportation than a horse. Now here is the top rider in the world at this race, at the top of his game, putting his seal of approval on us by leaving combustion and going electric.”

The Lightning Superbike already holds a land speed record for fastest production electric motorcycle in the world at 346 kph (215mph) during it run at the Bonneville Salt Flats. Carlin Dunne would be racing the same motorcycle albeit with a different suspension setup in the FIM eRoadRacing World Cup starting in Valencia on July 14 2013.

An electric motorcycle with a scorching merit card and the sun god at its powering source is great news and we wish the technology is passed onto regular going motorcycles.