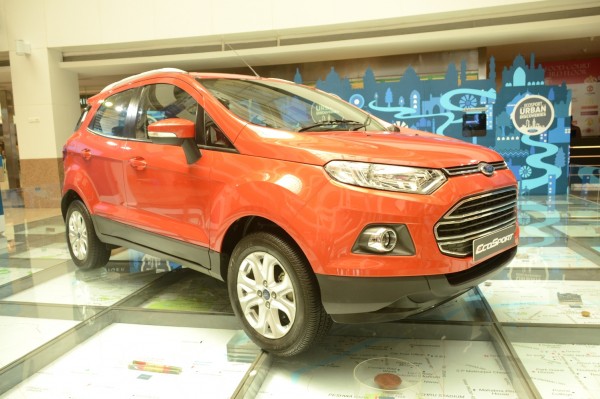 The Ford EcoSport is surely taking its own sweet time coming to us. The Compact Crossover from Ford, whose concept avatar was unveiled in Delhi last year, has already been on sale in many countries and would enter the Indian market in near future.

The promotional campaign for Ford EcoSport is already underway in India and the EcoSport Discoveries contest has got a good response from Indian car lovers. While rumours were plentiful that the EcoSport would enter the fast growing car market as soon as in April end, it is now being said that the new car will be launched only by June this year, thus making the weight even longer.

The India spec Ford EcoSport will come with 200mm of ground clearance and 550mm of water wading ability.

India will get as many as three engine variants of the Ford EcoSport. These will include a 1.0 litre turbocharged EcoBoost petrol engine, a 1.5 litre Turbocharged common rail diesel engine and a 1.5 litre Normally Aspirated petrol engine. All the three motors will be mated to a five speed manual gearbox, with the petrol engines getting an optional automatic transmission.