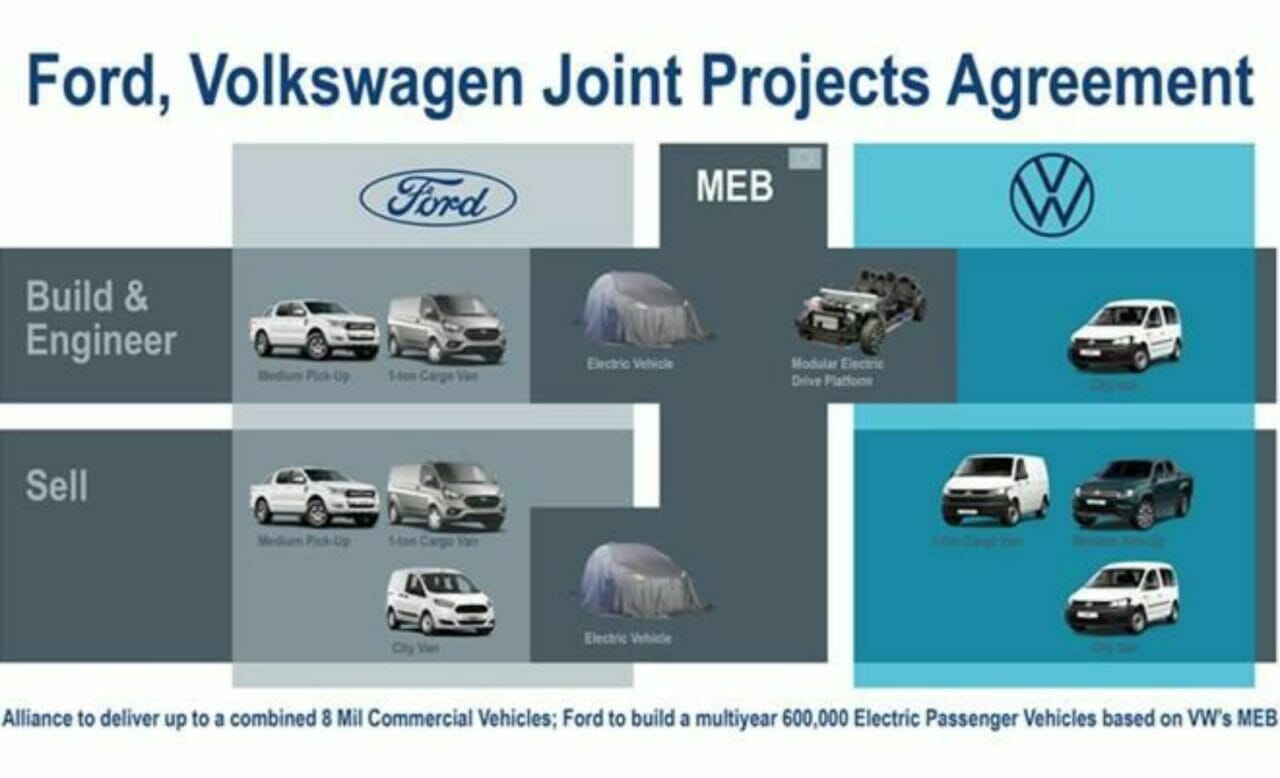 Two years ago, Ford and Volkswagen announced they’d explore the possibility of jointly developing vehicles. A year later in July 2019, they expanded that joint venture and now they have shared the details about it. Ford Motor Company and Volkswagen AG have signed agreements, expanding their global alliance to midsize pickup trucks and commercial and electric vehicles.

The companies say that the alliance will assist in improving ownership experiences for current and new customers by quicker and better innovations in vehicle offerings, the use of relevant new technologies, delivering better utility and offering a wider choice. 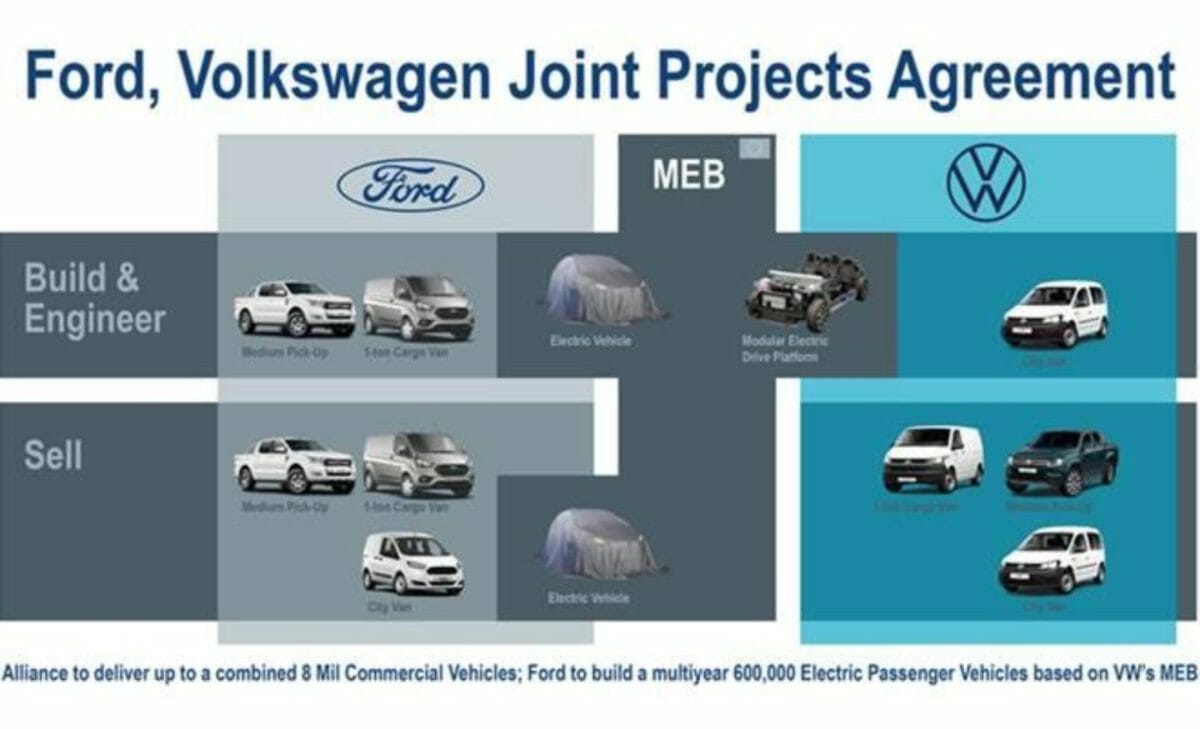 Products To be Manufactured Under This Joint Venture

Ford Motor and Volkswagen said on Wednesday they would make up to 8 million units of medium pickup trucks and commercial vans over the lifecycle of the vehicles as part of an alliance announced last year. First of the collabs will involve the making of a pick-up truck. Ford is currently working on the next-generation Ranger, and it will underpin the next-gen VW Amarok that’ll arrive in 2022. The current generation Volkswagen Amarok – a standalone model made wholly and solely by VW – is made in Argentina.

A media statement issued by Volkswagen yesterday said: “As lead partner, Ford will in future produce the new version of the Amarok for Volkswagen Commercial Vehicles based on the Ranger. The Amarok successor will then be made as of 2022 at Ford’s Silverton plant in South Africa.” As far as the next-generation Ranger is concerned, it is understood that it will precede the next generation VW Amarok and is due some time late in 2021 or in the first half of 2022.

However, it won’t be the only vehicle released. As early as next year, we could see the two commercial vans arrive, too. The automakers will collaborate on a city van built by Volkswagen, a 1-ton cargo van developed by Ford, and a Volkswagen medium pickup built on the Ford Ranger platform, beginning 2022. The smaller city van will be based on the latest VW Caddy model, while the one-ton cargo van is likely a replacement for the Ford Transit. Ford says that this partnership will strengthen commercial-vehicle businesses of both companies by 2021 with the rollout of a city delivery van.

Ford aims to deliver 6 lakh electric vehicles based on the MEB architecture over a span of several years starting 2023. The vehicle will be designed and engineered by Ford in Cologne-Merkenich and will be added to Ford’s EV lineup of its own all-electric Mustang Mach-E which will be introduced in 2021.

On this huge development, Volkswagen Group CEO Dr. Herbert Diess said, “In light of the COVID-19 pandemic and its impacts on the global economy, more than ever it is vital to set up resilient alliances between strong companies.” He further added, “This collaboration will efficiently drive down development costs, allowing broader global distribution of electric and commercial vehicles, and enhance the positions of both companies.”

While the joint venture has the two companies sharing products and technologies, the partnership doesn’t include cross-ownership. Although, coming together of the world’s two major automobile groups is no small thing. This tie-up doesn’t affect either Ford or Volkswagen’s business in India. In India, Ford has a similar tie-up with Mahindra & Mahindra.