The Force One is currently available with front facing captain and bench seats in 6 and 7 seater configurations. The side facing jump seats are new fitments to the vehicle. Thanks to a large boot, the Force One jump seats can accomodate 4 passengers in the rear most seating section. 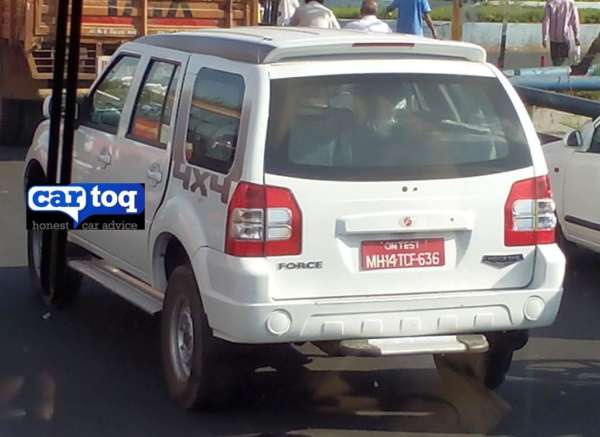 According to Cartoq, the 4×4 version variant seen here is the BS3 spec, which comes with the  2.6 liter OM616 turbo diesel engine. Last year, Force Motors launched an entry level EX variant, which was aimed primarily at the fleet cab operators. For the EX variant, Force has used the 80 bhp diesel engine, mated to a 5 speed manual transmission. 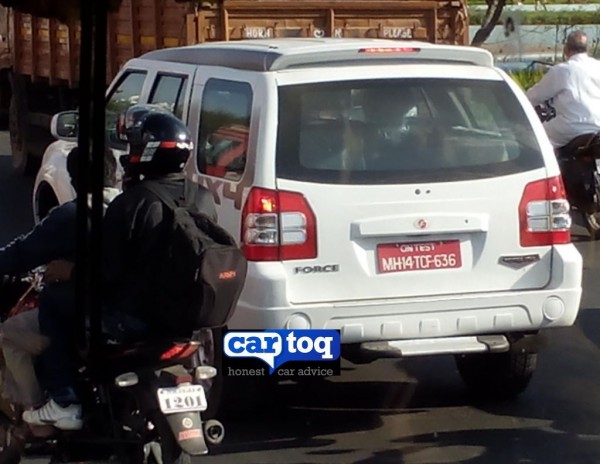 Although the Force One 4×4 variant has been on test since more than a year, there is no word on its launch in the Indian market as of yet. It is expected that the Force One 4×4, which will be the flagship variant, will be launched with ABS as standard feature and come with a price tag that will be about INR 60-80k higher than the 4×2 variant. 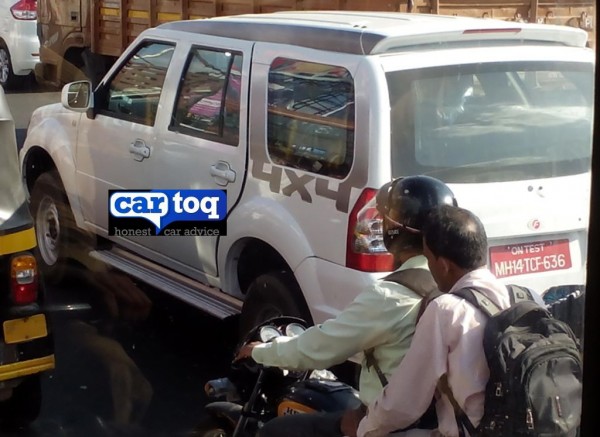 Stay tuned to Motoroids for more updates on the Force One 4×4 variant launch and other details.