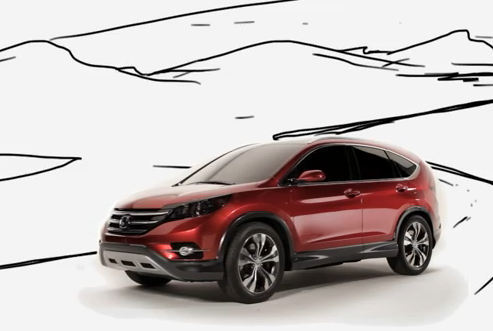 Honda has released a new video of the 2012 Honda CR-V concept. The video talking specifically about the CR-V concept, and not about the production vehicle highlights the salient points related to the design of the new Honda crossover. The new CR-V is bigger than the current gen car with a rumored third row of seats. While nothing official has been revealed by Honda towards that end, a seven-seat configuration is almost a certainty.

There also are talks of Honda employing an all new 2.5-liter i-VTEC gasoline engine to power this one. A more refined version of the 2.2-liter ipDTEC diesel will be offered in European countries as an option. Hopefully in India too! Here’s the video