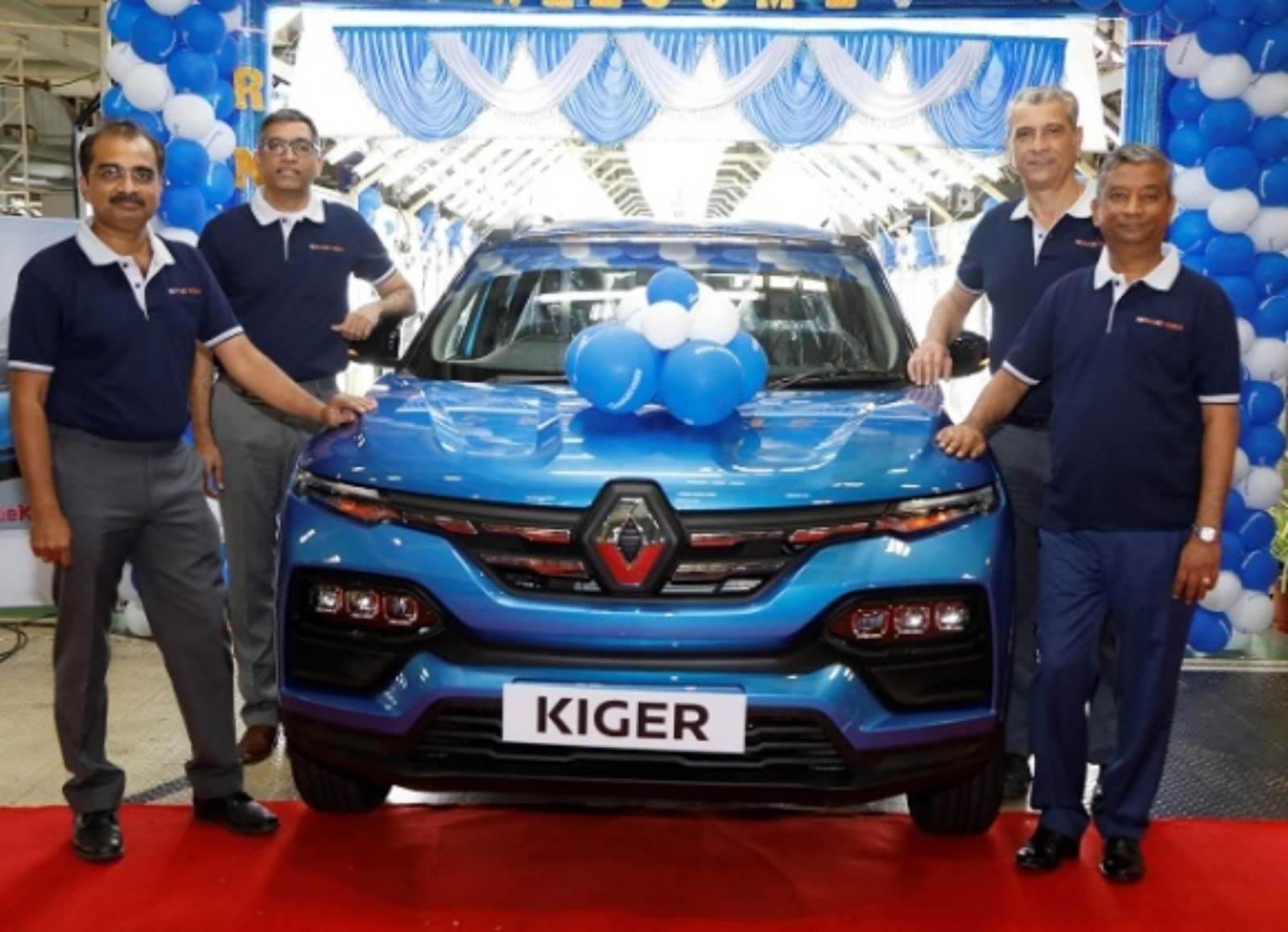 Renault India has commenced the mass production of its brand new compact SUV Renault Kiger at its manufacturing facility in Chennai. Dispatches have also started to Renault’s network of more than 500 dealerships across India. Renault Kiger is the latest in the line of revolutionary products to be first launched in India, followed by other markets. The final production version carries some bits here and there from the concept that was earlier showcased. With the launch of the Kiger, it will join the likes of Duster, Kwid and the Triber in Renault’s portfolio for India. 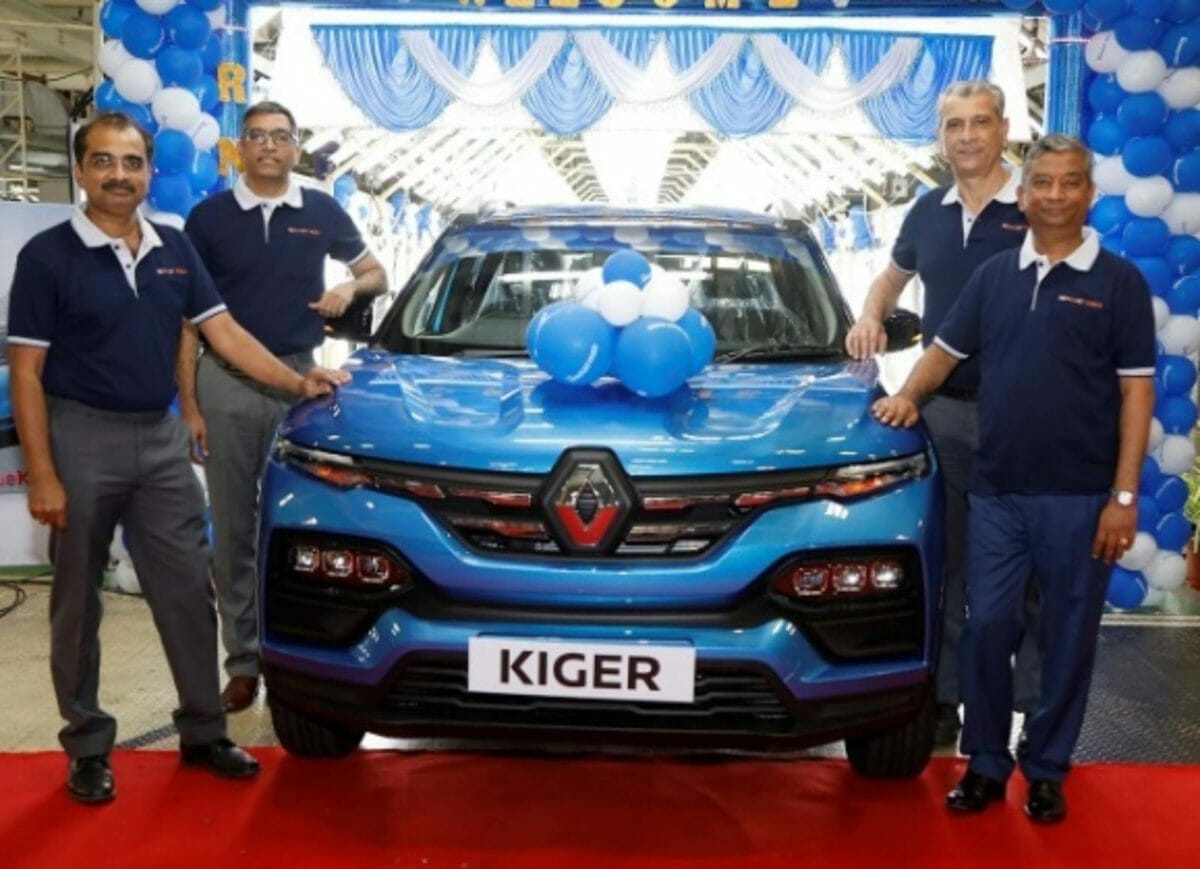 Along with that, all variants will include a dual-tone option. Radiant Red is an exclusive colour and will only be available as a top variant under a two-tone colour scheme. 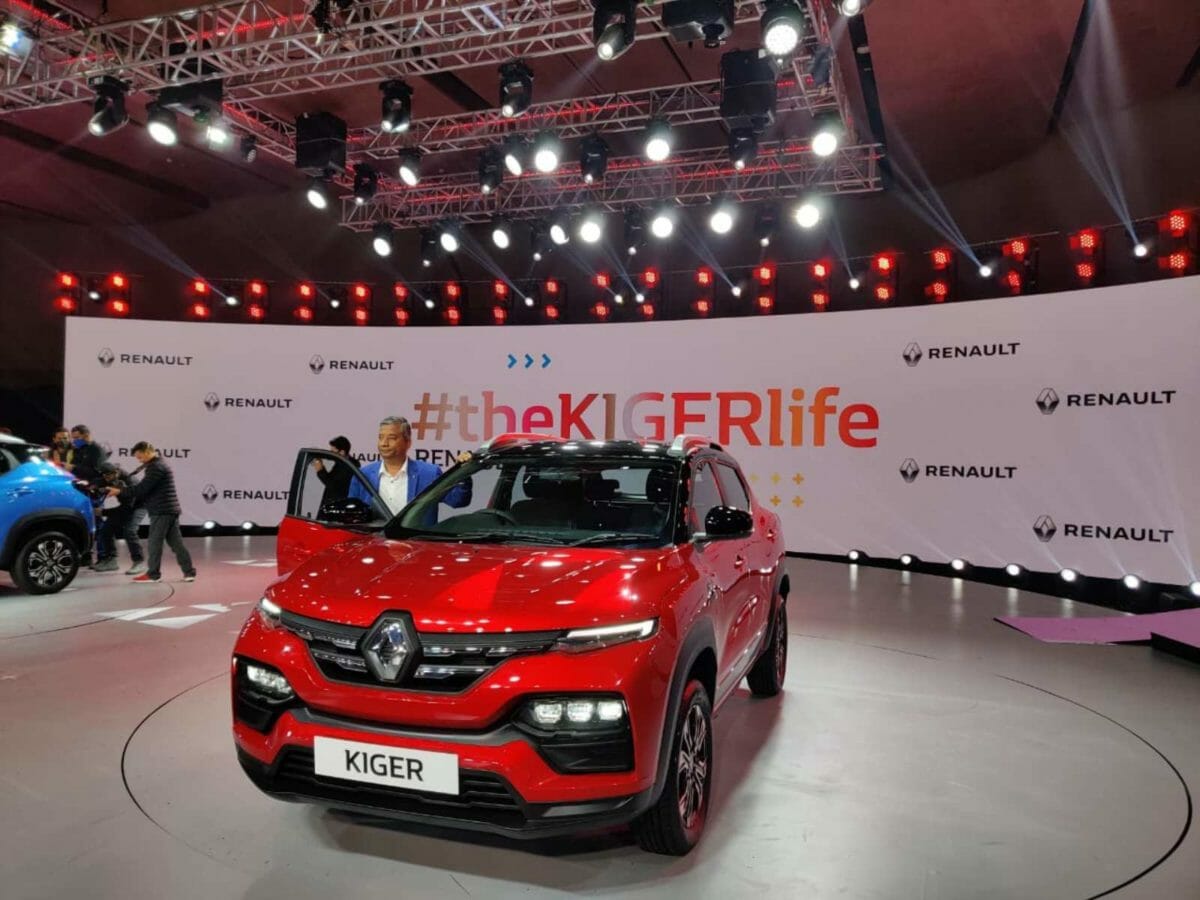 Talking about the Kiger, it seemingly looks like a beefed-up Kwid on steroids. It gets a chrome grille with signature Renault elements and is flanked by LED DRLs on either side. It features a split headlamp setup like the Tata Harrier and the MG Hector. It gets LED projector on either side of the bumper and the bumper houses the central air dam. It gets some sharp lines on the bonnet and the Kiger has a ground clearance of 205mm. 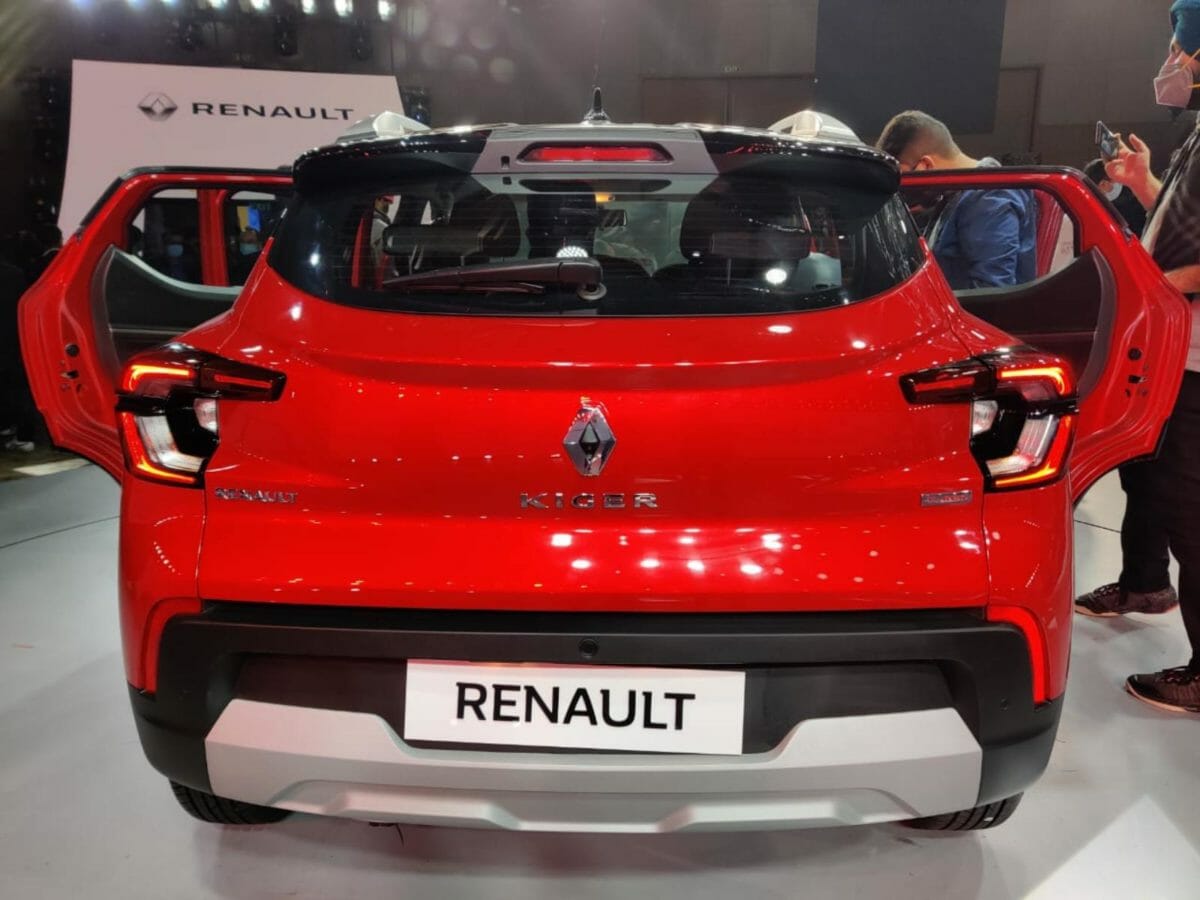 The wheelbase is 2500mm long and it has a boot carrying capacity of 405 litres. It glides on 16” wheels which are blacked out and diamond cut in higher trims. It gets black body claddings on the sides. The rear features a spoiler and a similar-looking crease below the glass area. It gets a pair of inverted C shaped taillights which are extended at the top. It also gets a black bumper with silver-coloured skid plates. 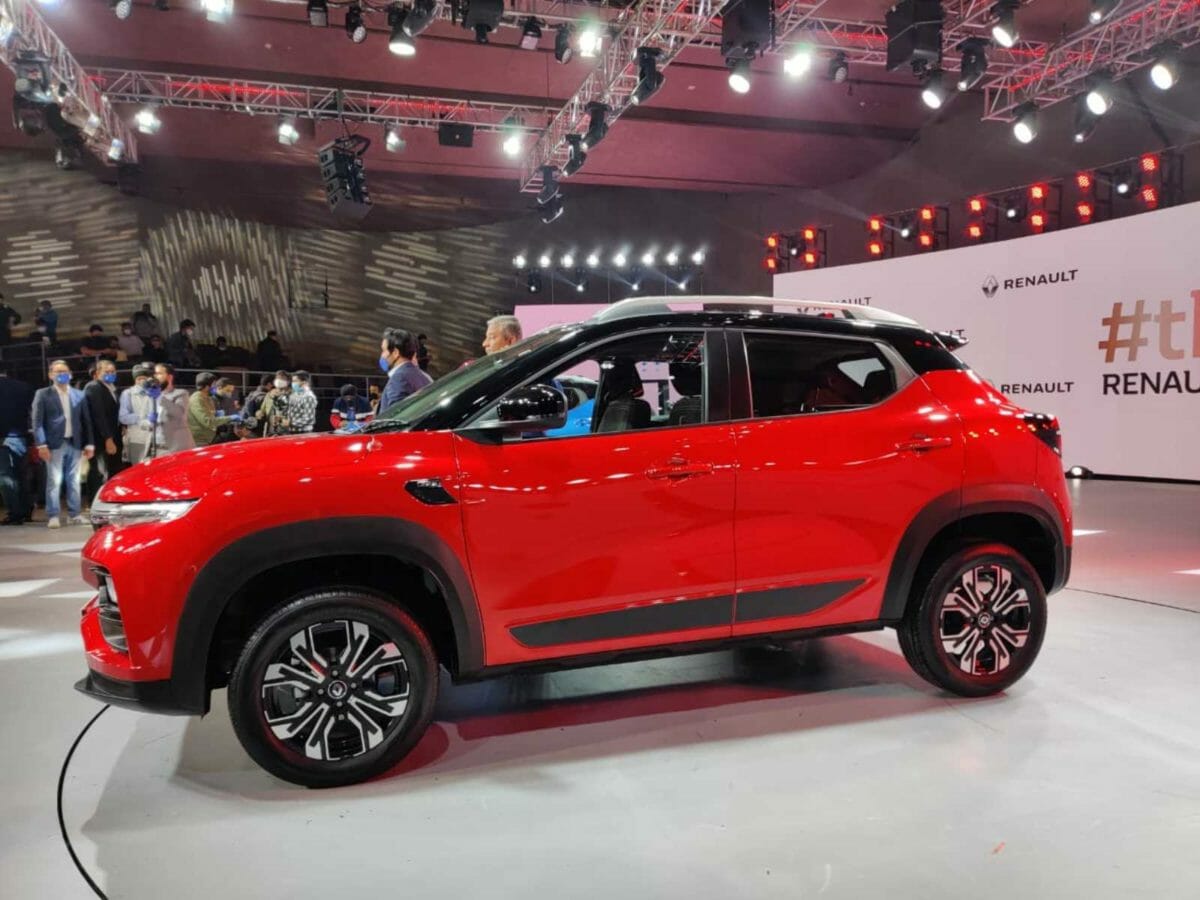 On the inside, it gets a 7” instrument cluster. It gets an 8” touch infotainment system with android auto and apple car play along with steering mounted controls. It gets wireless charging, climate control, various drive modes ambient lighting and a particulate filter. 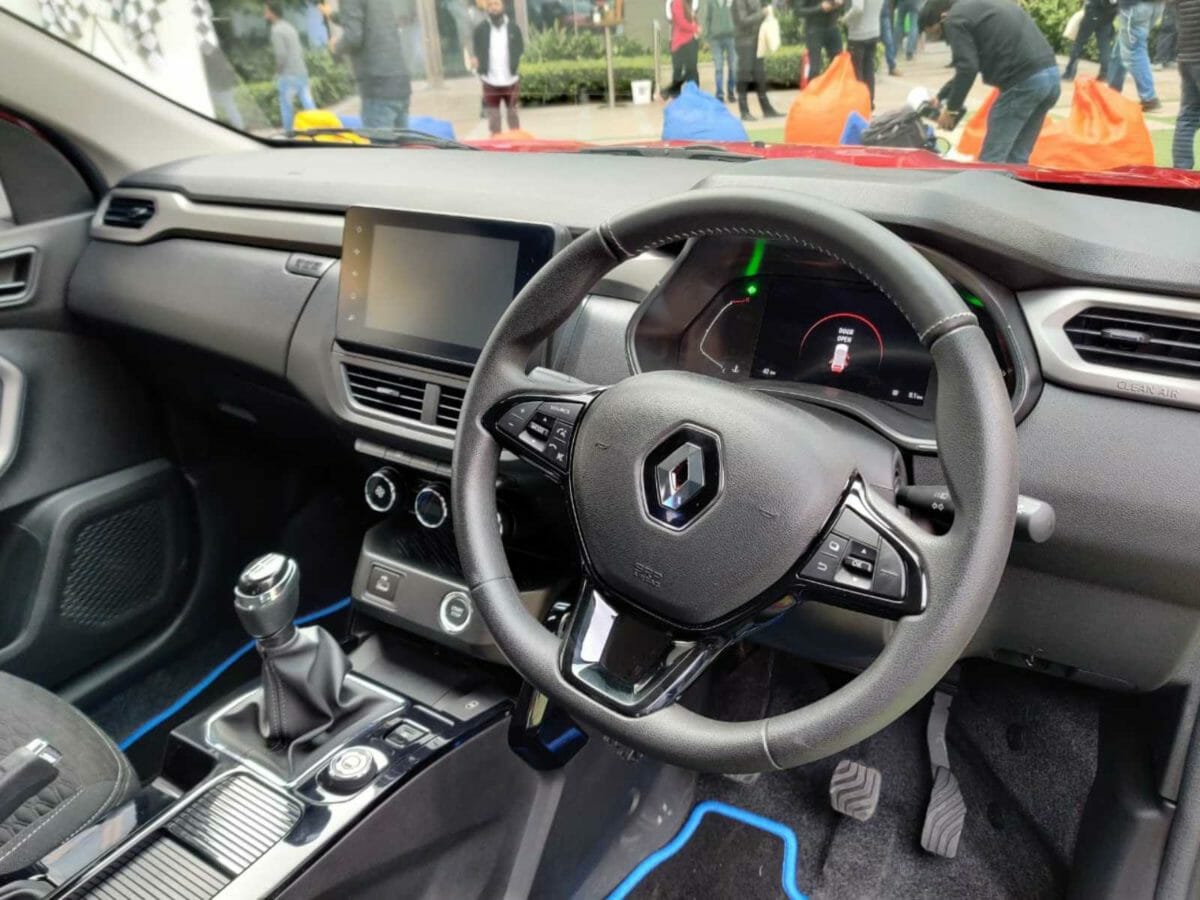