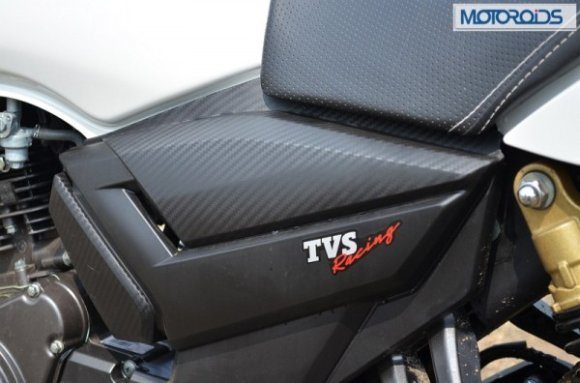 Enough has already been speculated about the upcoming TVS BMW bike, which was earlier being expected to be launched sometime late next year.  CLICK HERE to read more about this TVS BMW alliance. In the second half of last month, it emerged that this highly awaited TVS BMW bike from the much discussed alliance would be a streetbike powered by a single cylinder 300cc engine that would benefit from fuel injection and liquid cooling.  CLICK HERE to read this report.  Now, according to a news report that cropped up earlier today, the TVS BMW bike launch could happen towards the end of this year! This news comes from Economic Times, which has even quoted TVS President & CEO K N Radhakrishnan as saying that TVS-BMW collaboration’s first product will be launched in the second half of this year!

This revelation came sometime after it was declared that the TVS Apache new model will be launched in the last quarter of this year. (CLICK HERE to read this story) The TVS Apache new model will borrow many design hints from the Draken concept, which was showcased at the Auto Expo 2014 and would inject the fast aging bike brand with enough freshness to take on the newer and more modern rivals. Both these revelations come only months after it emerged that TVS has decided to keep its focus on the commuter bike segment, with no performance model planned for near future. Now though, it seems like the TVS loyalists and bike aficionados in general would have enough reasons to be excited about.