The first batch of five Rafale jets took to the skies from France on Monday and will be arriving in India on Wednesday when the much-awaited fighter jets will officially be inducted into the Indian Air Force fleet at the Ambala airbase in Haryana.  The fighter jets, built by French aviation firm Dassault, took off from the Merignac air base in southern France’s Bordeaux today.

The fighter jets are expected to make a single-halt at a base in UAE before landing at the Ambala airbase. Enroute, they will be refuelled by French air tankers before landing in UAE. The total distance covered by the jets is approximated to be almost 7,364 kilometres. The induction of the multi-role fighter will add more muscle to the IAF’s fighter squadrons. 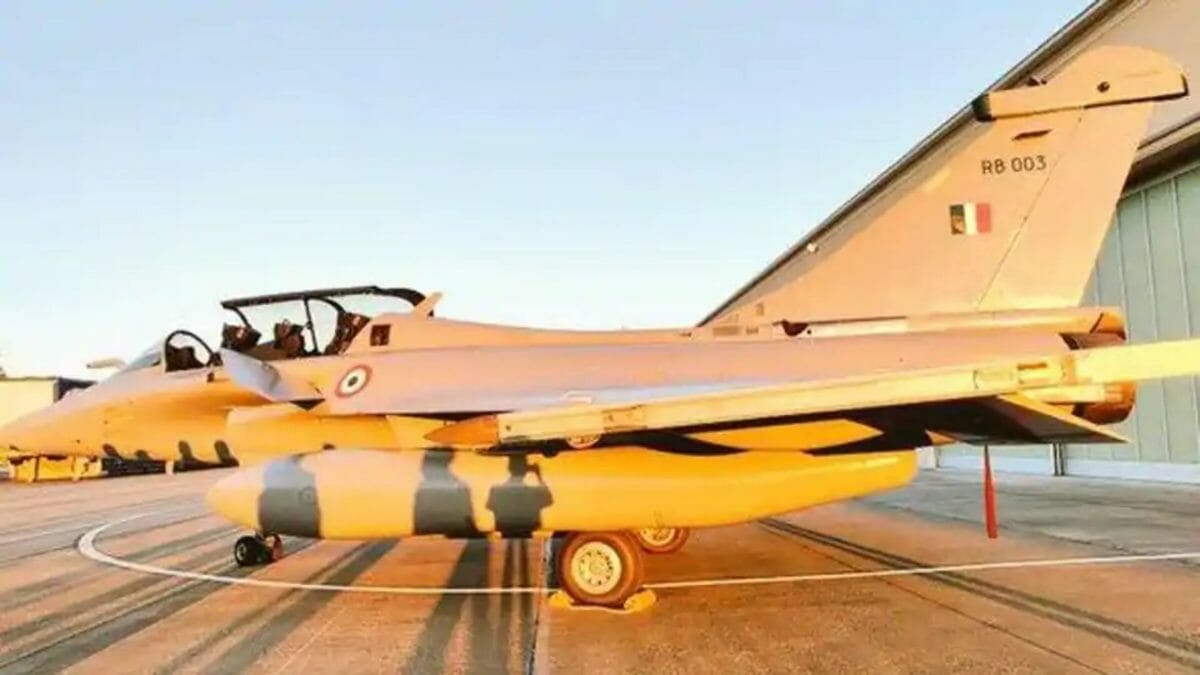 During the course of the journey, the flights will also undergo air-to-air refuelling. The Indian Air Force pilots and supporting personnel have been provided full training on aircraft and weapon systems by Dassault. The five aircraft are a part of the first tranche of 36 planes bought by India from France in a Rs 59,000-crore inter-governmental deal in 2016.

On this momentous occasion, Jawed Ashraf, Indian Ambassador to France said, “These five Rafale jets are extremely swift, versatile and very deadly aircraft. They are both, beauty and beast. I would like to thank Dassault for delivering aircraft on time and the French Government and the French Air Force for all the support. The new Rafales add strategic depth and strength to India’s air combat capabilities. They fly out of France today to join the growing Indian fleet of aircraft.”

A video released by ANI News on their YouTube channel confirms the above development. The Indian Embassy confirmed that the delivery of all the thirty-six aircraft will be completed by the end of 2021. Till now, 12 IAF fighter pilots have completed their training on the Rafale fighter jets in France and a few more are in the advanced phase of their training.

According to the contract between India and France, a total of 36 IAF pilots are to be trained on the Rafale combat jets by French aviators. While most of the IAF pilots will be trained in France, some of them will undergo the exercise in India. The aircraft is capable of carrying a range of potent weapons. European missile maker MBDA’s Meteor beyond visual range air-to-air missile and SCALP air-to-ground cruise missile will be the mainstay of the weapons package of the Rafale jets.

It is learned that the IAF will further boost the capabilities of the combat aircraft by equipping it with the HAMMER missiles from France. The order for the HAMMER standoff missiles is being processed under the emergency powers for acquisition given to the armed forces by the Centre. HAMMER missiles have the capability to take out any type of targets at the range of around 60-70 km.

Also READ: Here’s A Trick You Shouldn’t Fall For While Driving On Indian Roads [Video]

Out of the 36 Rafale jets, 30 will be fighter jets and six will be trainers. The trainer jets will be twin-seater and they will have almost all the features of the fighter jets. Acting on a special request by the IAF, France has accelerated the deliveries of Rafale fighters to India – five jets are coming instead of four that were originally planned to be delivered in the first batch.