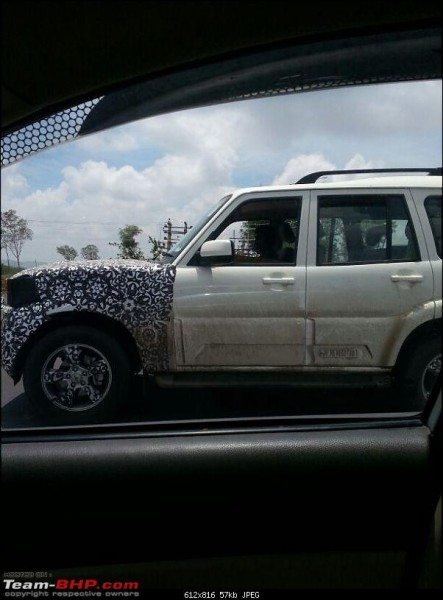 It has been more than four years since the very popular Mahindra Scorpio got a minor visual update. This doesn’t come across as too much of a surprise, considering that the SUV has been posting strong sales figures month after month on the Indian car sales charts.

However, there is no denying that the car has started showing its age and with competition bound to grow even stronger, need of the hour is a comprehensively updated Scorpio. It seems like Mahindra recognizes this and is in the process of coming up with a facelift for its highly successful car. Seen here are spy pics of a Mahindra Scorpio facelift test mule that was recently spotted by the good folks at TeamBHP. The car was spotted testingon near Bengaluru on the NH4.

It is being said that apart from the front and rear fascias, the car’s dashboard and seats too were camouflaged. 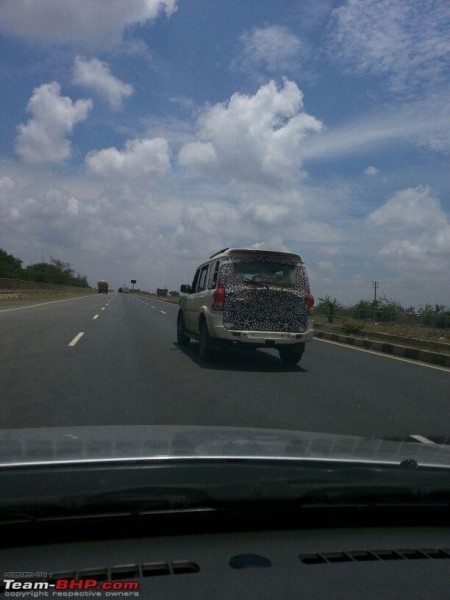 All this means that the car will come with an entirely new front end that would have a new bumper, new grille, revised headlamps and probably new fenders. Also, the car would get a revised rear end and interiors.