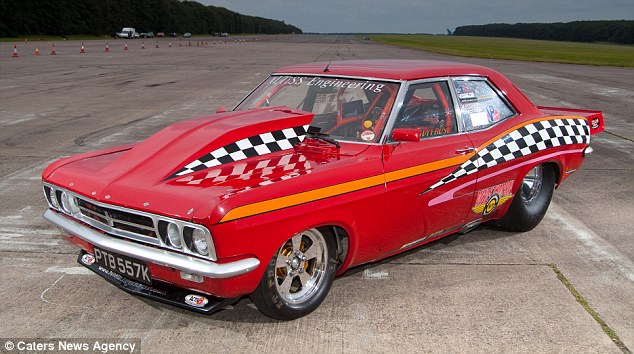 There is no dearth of petrol heads who would push themselves and their old set of wheels to decimate that extra fraction of a second, or just an added movement of the speed needle. While most of such species generally tend to be young at age, 50 years old Andy Frost from Wolverhampton-England has done something that can be termed no less than ‘extra-ordinary’.

A Red Vauxhall Victor that Andy bought in 1980 for a measly £60 that produced 88bhp in stock form from its 1800cc engine has now been transformed into the world’s fastest-street legal car! Seems hard to believe! Well, here are the figures! 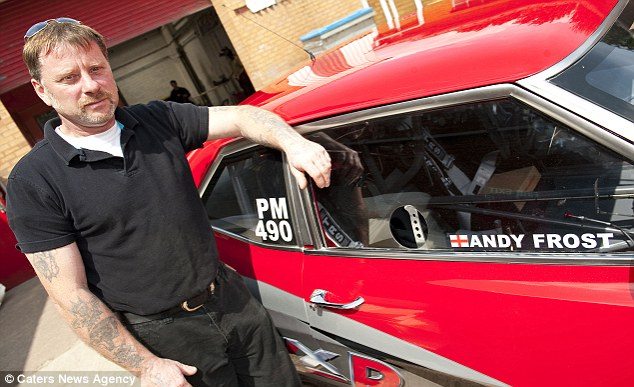 For Andy, it has been a 29-year project at which he has spend an average of £4,000 a year and an estimated total of £100,000. He sacrificed having a holiday each year to save money to spend on the car. Andy says “It is a bit like Trigger’s broom in Only Fools and Horses – I’ve changed so many parts that it has evolved into a super car from just a bog standard Vauxhall with nothing done to it. It is hardly recognizable from the car I first bought. “

To go alongwith the neck-break speeds, the car also boasts of a (relatively) luxurious cabin with leather seats and electric windows. Andy states that it’s just like a normal car when you drive it on the roads – it handles easily around the corners and isn’t tricky to drive like many people think. The car invites stares from everyone, more for the V8 roar than the styling. But under the bonnet the powerful twin turbo V8 engine it goes like a rocket on the track. 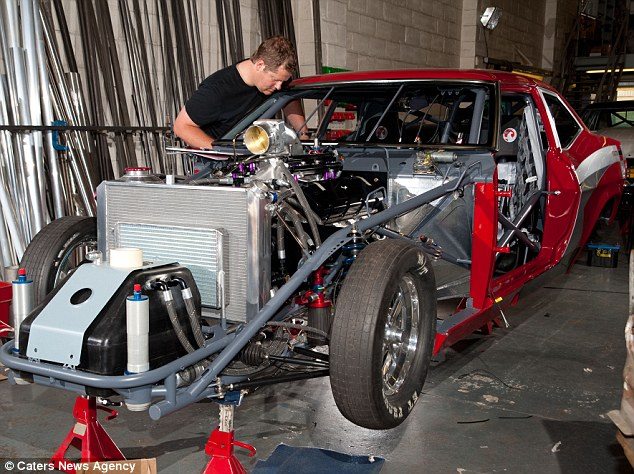 Andy’s efforts attracted the attention of the local council and even Vauxhall who sponsored him in bringing the car to its present condition. Andy says that when he came to know about the sponsorship, he thought it was a hoax until he was delighted on receiving the cheque .

Concluding his thoughts, Andy says “It has been a life-long dream to be able to say I own the world’s fastest street legal car. It makes all the hard work worthwhile, but I won’t stop tinkering with it even now.”

Here’s a small clip of the car in action: