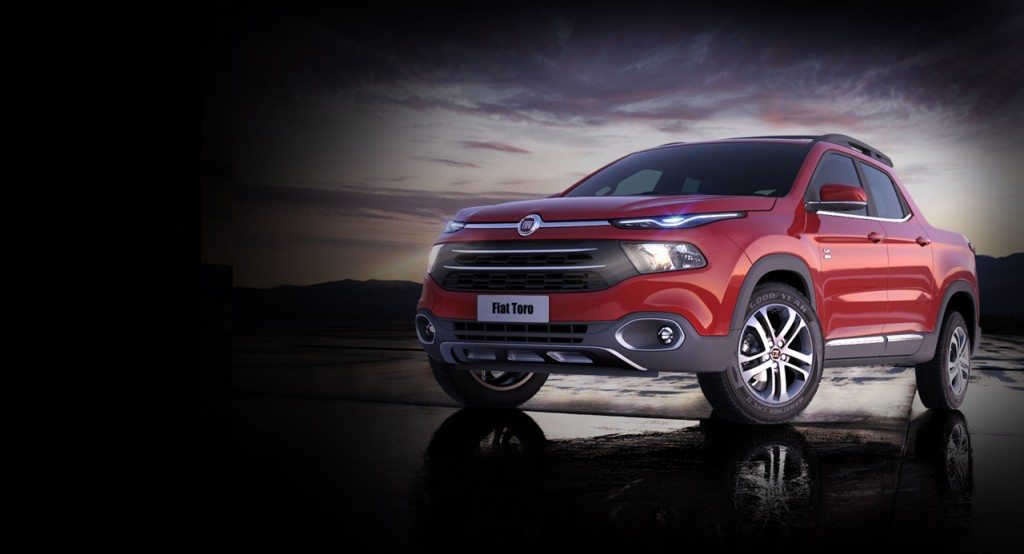 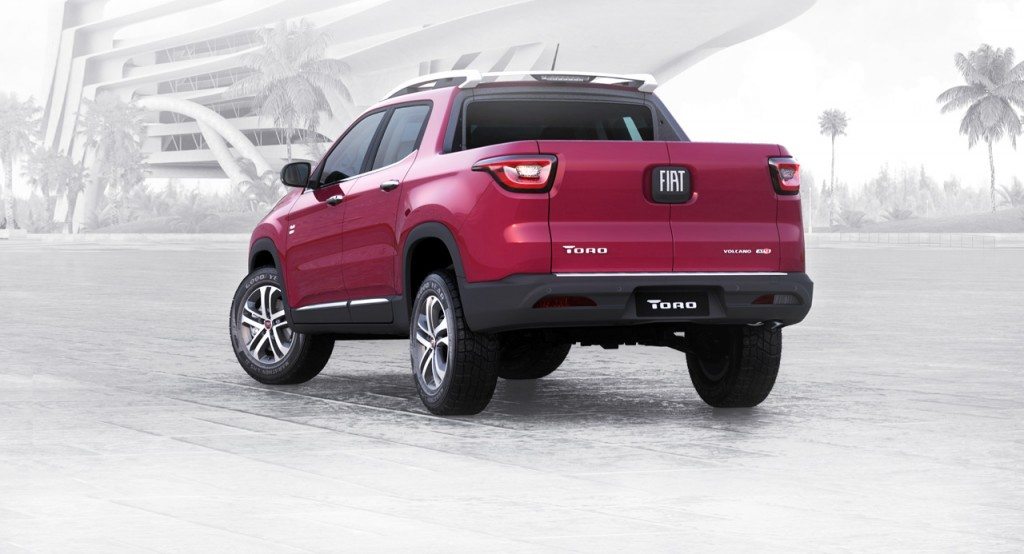 As far as production appeases, the Toro preserves the FCC4’s radical appearance, and most certainly, doesn’t look like a random farmer’s pick-up. Up front, twin, slender streaks of pilot lamps are bridged by a strip of chrome with the Fiat logo in the middle. Skid plates, skewed rectangular headlamps, and a large grille highlighted with twin chrome slats round things off at the front. The muscular wheel arch flares give in to soft lines on the bodywork, while measured amounts of body cladding give the Toro its rugged appeal, along with outdoorsy embellishments on the roof. Top trims ride on 17-inch alloy wheels. The rear wears a couple of sleek, wraparound tail lamps, a giant Fiat logo, and a barn-style tailgate that opens outwards. Finally, subtle chrome trimming all around obliterates the utilitarian image altogether. 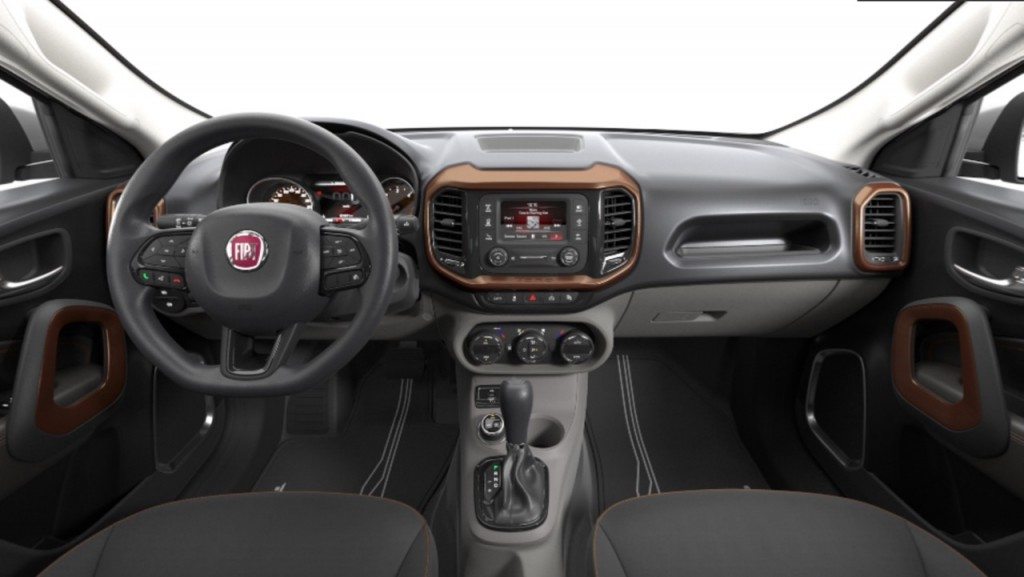 The interiors are less radical than the exteriors, but are as contemporary as it gets for a pick-up. The Fiat family steering wheel looks pert, while inserts in contrast colour around the center console, side vents and inside door handles breaks the monotony of grey; quite a few shades of it. The door speaker surrounds are trimmed in chrome, while the centre console dons a piano black finish. Top trims feature FCA’s 5-inch UConnect infotainment system as standard, a 7-inch MID in the center of the instrument cluster, reverse parking sensors with camera, seven air bags, electric rear view mirrors with memory, fog lamps with cornering function, and a panoramic glass roof. 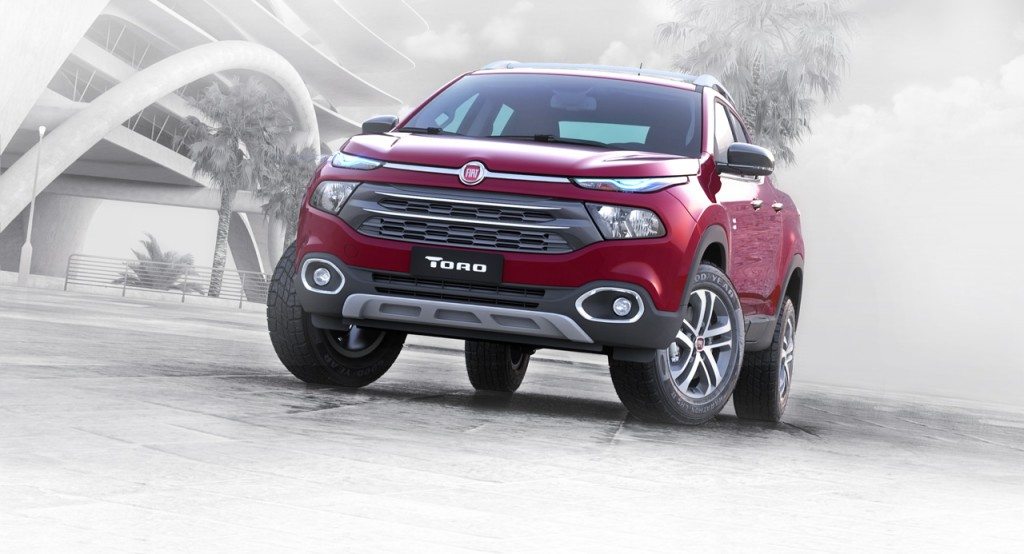 The Fiat Toro will be powered by a choice of two engines – a 1.8-litre, four-cylinder, E-Torq Flex petrol engine good for 138 hp and paired to a 6-speed automatic transmission, along with a 2.0-litre, Multijet turbo diesel engine rated at 170 hp strapped to either a 6-speed manual or a 9-speed automatic transmission. The diesel engine can also be had with an optional 4×4 system with low gear. The petrol variant is capable of hauling a maximum payload of 650 kg, while the diesel variant can carry up to 1,000 kg.