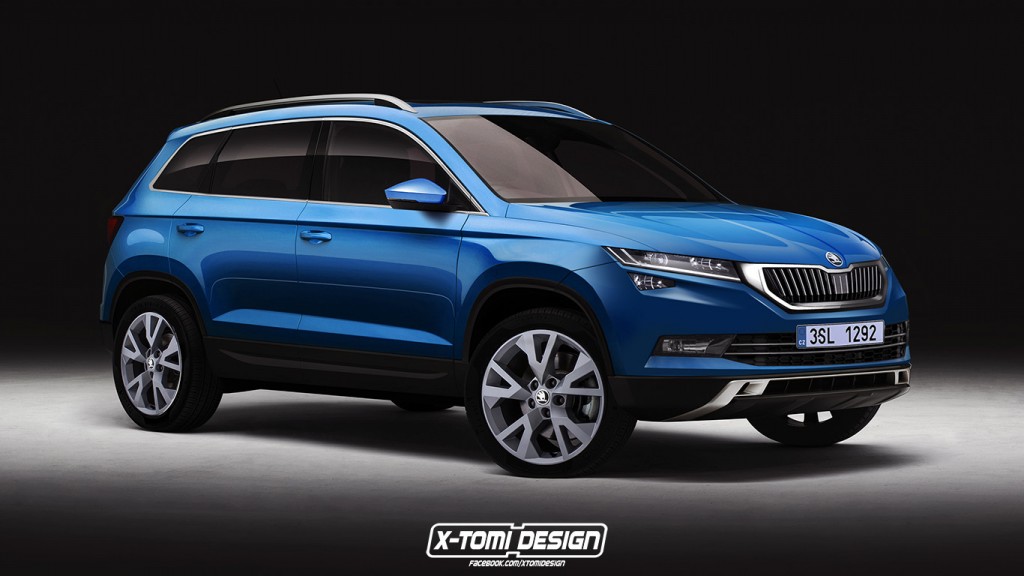 The upcoming Skoda Kodiak will be the new Volkswagen Tiguan’s second cousin; the first one being the recently launched Seat Ateca. To be based on the VW’s Group’s MQB platform, the Kodiak will be previewed by the Vision S Concept which will be showcased at the upcoming 86th Geneva International Motor Show in March 2016.

In this render by X-Tomi Design, the Skoda Kodiak’s appearance has been digitally imagined with cues from the Vision S’s teaser sketches. Design chief  Jozef Kaban tests slightly different waters with the Kodiak/Vision S, as the split headlamps and a 3D-effect front grille are a few blocks away from the Skoda scheme of things. The rest of the design bears more than a passing resemblance to the Tiguan and the Ateca, with crisp lines and semi taut surfaces. 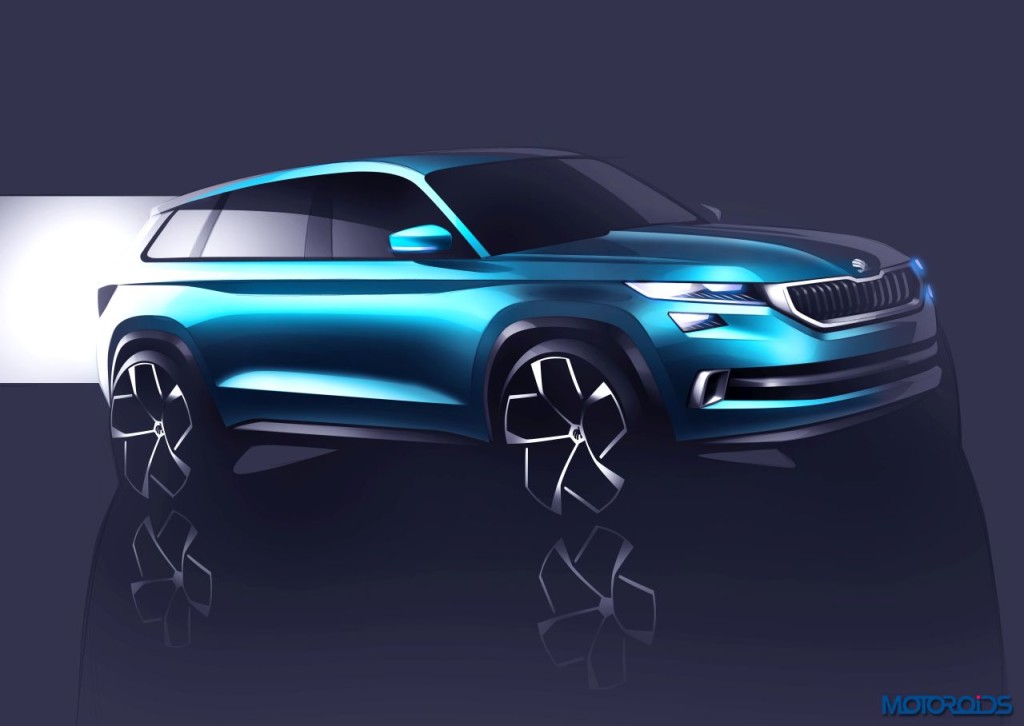 The Kodiak will be close to 5 meters long, which means that it can be ordered with a couple of extra seats over the standard five-seat layout. A 60:40 split-fold rear seat that slides 17 cm forwards or backwards, allowing owners to prioritise boot space or rear passenger room, is also said to be in the offing.

The engine line-up will comprise of small capacity, 4-cylinder, turbocharged petrol and diesel engines sourced from the VW Group. While a 1.4-litre turbo petrol engine is expected to start proceedings, a 237 bhp, 2.0-litre, twin-turbo diesel engine could be wrapping things up. The Kodiak will offer front wheel drive as standard, while an all-wheel drive system will give company to the bigger engines. Transmission choices will include either a six-speed manual or a seven-speed dual-clutch automatic.