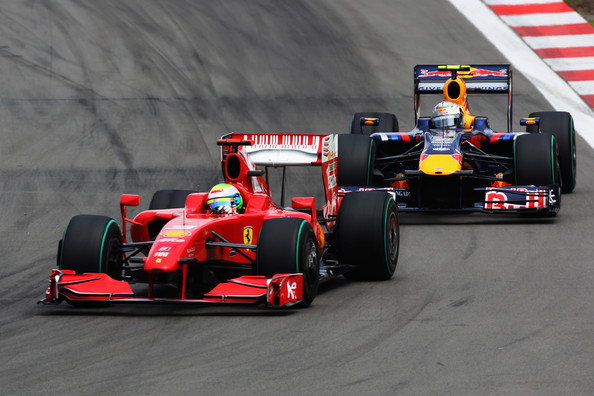 It is being said that quite a few team bosses were seen leaving the paddock in ‘anger as Ferrari and Red Bull have rumoured to have had signed ‘special deals’ for F1’s future beyond the Concorde Agreement that is currently in place. This rumor started spreading due to Sky News publishing and then unpublishing an internet report. This report is reportedly based on some leaked info of 2013 Concorde Agreement. IF London Telegraph is to be believed, this report “could hand Ferrari a direct stake in the sport”. The report also claimed that current World Champion Red Bull “also stand to make a huge sum” if claims of the report is to believed.

Red Bull Team boss Christian Horner said that his team is “in discussions with FOM” for a new Concorde Agreement. “We want one (a Concorde Agreement) which reaches into the future … a floatation is really down to the shareholders. it is not really the teams’ business. It is more of a question for Bernie (Ecclestone) or CVC.” he said. Another team member, on assurance of not revealing his identity, commented that this all is “outrageous” and “against every facet of European competition law”.

Many close to the F1 governing body say that this deal has already been done and this all has angered quite a few team bosses. One of these reportedly commented, “Formula one stopped being about racing a long time ago. There will be an end game to this. We just have to figure out what it is and what it means for the people in the teams who want to go racing and not be involved in this kind of thing.”