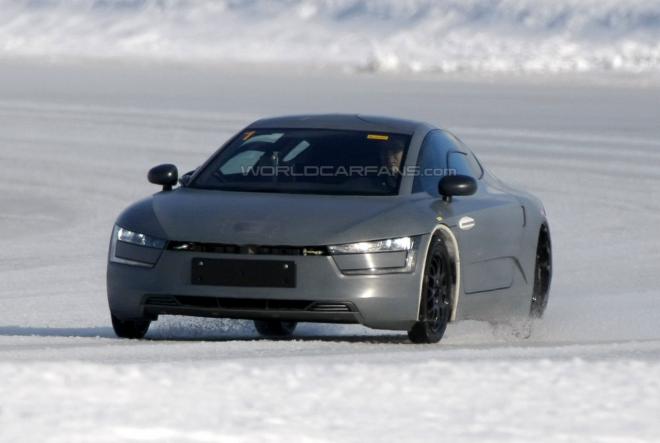 The good folks at worldcarfans recently caught the VW XL1, the 1-liter car, being tested on camera. The car has been confirmed for going into production and the pics here show the completely undisguised prototype. The German biggie had started developing this car in 2009 and the XL1 concept was unveiled last year. The XL1 is slated to be powered by a small capacity (1 litre) engine that should give a fantastic fuel economy figure and go 100kms in merely 0.9 litres of fuel. The XL1 will emit just 24g/km of CO2. The XL1 will be launched sometime in 2013.