Earlier this month, spy images of the upcoming Ferrari 488 GTO surfaced on the web ahead of its debut the could take place at the 2018 Geneva Motor Show. Now, the specifications of the Italian marquee’s most hardcore and track-focused model have been leaked from the annual Ferrari dealers meet. 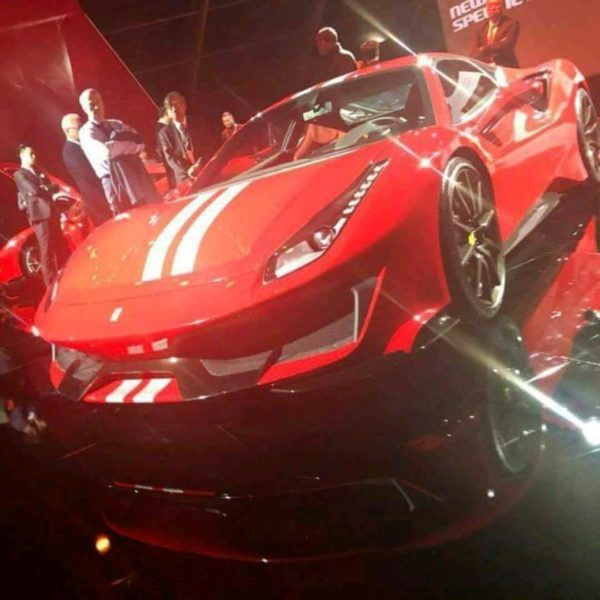 According to the leaked images, the 488 GTO will source firepower from an engine based on the one’s used in the 488 Challenge racer. This engine is set to become the brand’s most powerful production V8 in the history of the company. This engine is likely to be an updated version of the 3.9-litre V8 which will be tuned to produce more than 700 hp while being 10% lighter than the engine of the 488 GTB.

To make the latest prancing horse go even faster, Ferrari will be using many parts fully made of carbon fibre such as the 20 inch carbon wheels (40% lighter and first time ever in the production market), front bumper, engine hood, rear bumper, spoiler, dashboard, door under cover, interior door panels and rear diffuser. 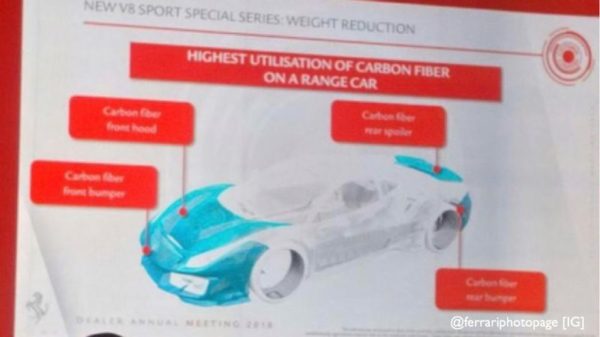 Also on offer would be an 20% higher aerodynamic efficiency, aluminium floor board, Michelin Pilot Sport Cup 2 tyres, new sideslip management system, racing seats and alcantara and carbon fibre interiors. Ferrari will not be providing a glovebox for the 488 GTO. Unconfirmed reports also suggest that the upcoming Ferrari 488 GTO will lap the company’s private test track, known as Fiorano, around the same time as the Ferrari LaFerrari, if not faster than the latter.