If you prefer tough over chic, the Mahindra TUV300 is one vehicle which will appeal to you. Also available in a Plus variant which adds more seats, the TUV300 has been facelifted for the first time since it was launched. The updates are cosmetic and inside the cabin, while in terms of drivetrain, everything continues as it was. Prices for the 2019 Mahindra TUV300 start at INR 8.38 lakh (Ex-showroom, Mumbai) and standard kit across variants will include a driver-side airbag, ABS, rear parking sensors, seat-belt warning and a speed warning system. 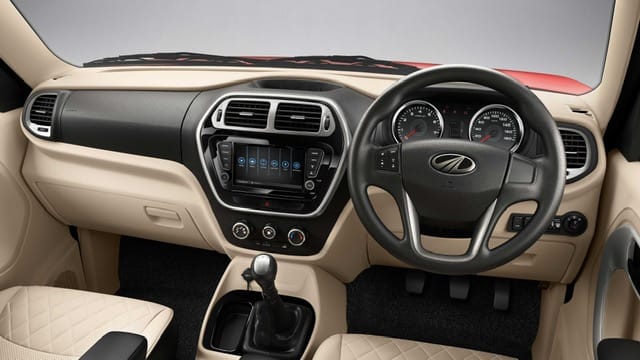 The facelifted TUV300 gets a new grille, which replaces vertical slats and brings in 5 new rectangular blocks which hide a mesh pattern behind them. The blocks are highlighted in chrome and are surrounded by a glossy black panel. The headlamps get some smoked inserts and there’s a DRL in place now. Underneath, the square-shaped fog lamps occupy the same position and flank a mesh-pattern air dam. The bottom part of the bumper gets a grey patch, adding some contrast. In addition to this, the tail-light is now of the clear lens type, the spare wheel cover has been redesigned, there’s a roof-mounted spoiler and there’s a black protector strip on the doors which runs across the wheelbase.

Also Read: Ford And Mahindra To Co-Develop A Midsize SUV For India And Other Markets 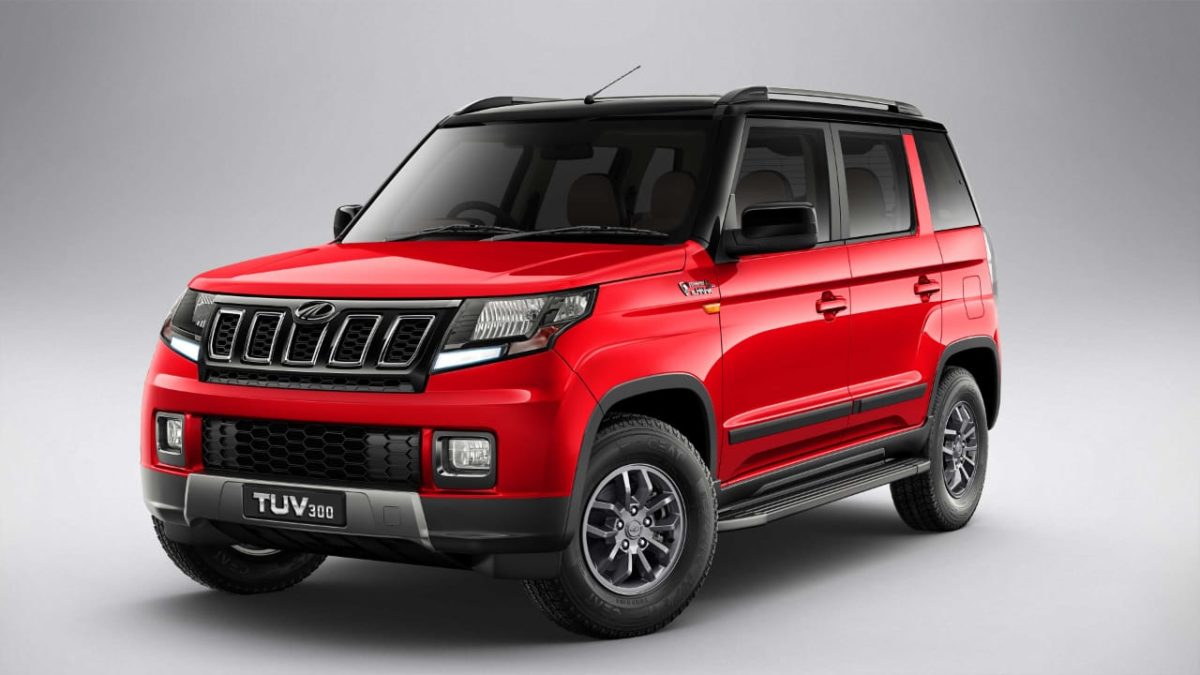 Inside the cabin, the addition of some faux-aluminium and piano black accents enhance feel and appearance. In terms of features, the TUV300 now gets a reverse parking camera, a 17.8 cm infotainment system with GPS, Static Bending Headlamps & Micro-Hybrid technology. The 2019 Mahindra TUV300 will be available in 5 variants – T4, T6, T8, T10 and T10 (O). All of them will draw power from the mHAWK100, 1.5-litre engine which delivers 100 bhp and 240 Nm of torque. It will be offered with a 5-speed manual gearbox only. In addition to all the above, the TUV300 will be offered in two new colours – Mystic Copper and Highway Red. These updates will allow the Mahindra TUV300 to continue until the new BS VI norms take effect next year. The vehicle’s 9-seater Plus variant will also be updated with these features in the coming weeks. Stay tuned for the latest from the Indian automotive sector.