The KUV 100 was given a face-lift back in 2016 which offered more features. Named the KUV 100 Nxt, the car offered some minor changes. The lack of an AMT variant was rather disheartening for the small percentage of the customers looking for an automatic transmission option. Turns out Mahindra was listening to those customers which is proved by these set of spy images. 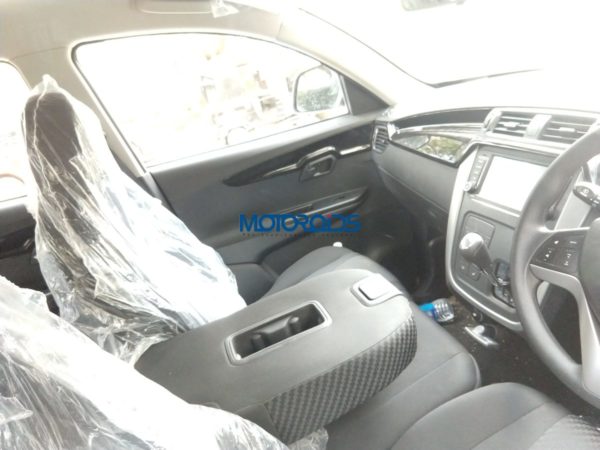 Spotted near the Mahindra plant in Kandivali, Mumbai, the test mule was bearing minimal camoflouge. Earlier one may ignore it for a dirty white KUV 100 Nxt, a closer look would reveal a white camouflage on the car. A look at the interior reveals a rather quirky gear lever placed on the dash. One can see the new automatic transmission, which appears similar to that of the AMT gearbox earlier seen on the TUV 300. As per the sounds heard during the mule’s start up, it must have been a diesel engine. 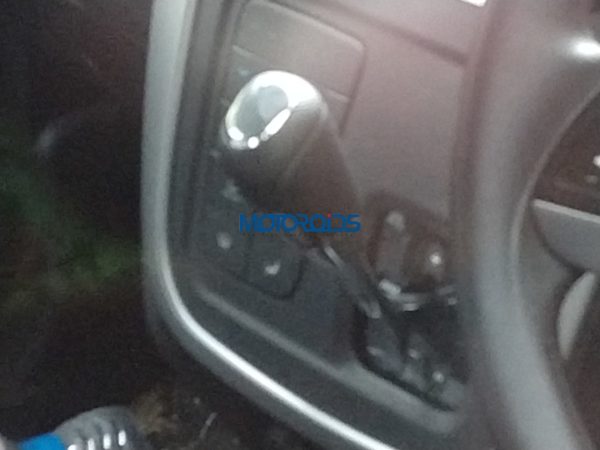 The AMT model would be made available on both petrol and engine options. Both the 1.2 litre engines offer an option of 5 or 6 seats. The test mule was seen with a 6 seater configuration with the front centre armrest down. The KUV 100 Nxt is an entry level crossover, while there is no news available on the launch of the Amt variant, Keep looking at this space for more information when available. No exterior changes are seen on the car.