Mahindra has been testing the U321 MPV, a replacement to the Xylo for quite a few months now. Auto enthusiasts have snapped the Innova Crysta rival during its public road tests on multiple occasions. This time, Motoroids reader Vivek had shared images of the Mahindra U321 spotted during a high altitude test in Leh. Another Motoroids fan, Shikhar Chandra, has spotted the U321 test-mule in New-Delhi. 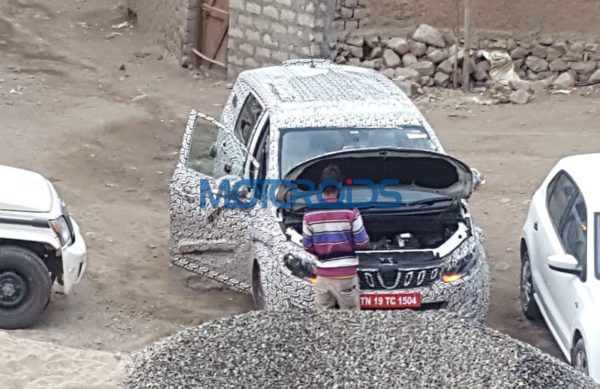 As seen in the spy images, the Mahindra U321 seems to be a production ready unit, complete with Mahindra’s signature toothy grille flanked by up-swept projector headlamps on either side. The taillights too seem to be production ready, while the antenna and steel wheels suggest that the model is not the top-end variant.

The first good look at the interiors of the upcoming Mahindra U31 MPV reveals a dual tone black and beige theme, twin circular dials for the instrument cluster with coloured back lit separated by a large digital MID unit. The model, as we suggested earlier, seems to be a lower trim as it misses out on a few features such as a push button start, steering mounted controls and a touchscreen infotainment system. The image also reveals the manual transmission lever between the two front seats. 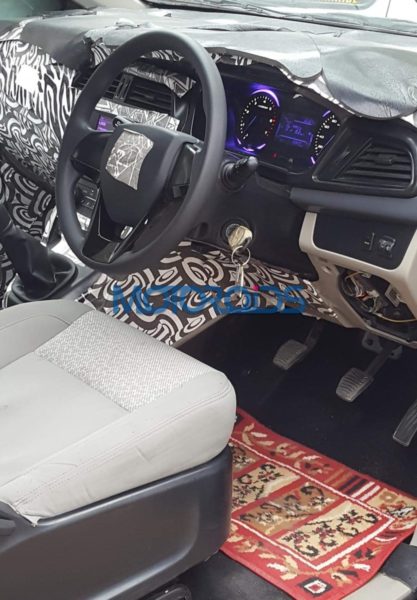 Mahindra has not revealed any details regarding the engine specifications of the U321 although one can expect the model to be powered by the 2.2-litre mHawk diesel engine, good for 140 bhp and 330 Nm of torque. The company could also offer the 1.99-litre mHawk diesel engine that produces 140 bhp and 320 Nm of torque in regions such as Delhi which has displacement restrictions. More details are likely to surface soon. Stay tuned for updates.