The launch of the new 400cc twins from Honda for the Japanese and Asian markets might have brought disappointment on faces aplenty considering most of the expectations being inclined towards the larger displaced 500cc series from the Japanese manufacturer showcased at EICMA 2013.

Won’t be incorrect to say that one of the reasons enthusiasts wanted the Honda CBR500R, Honda CB500F and the Honda CB500X to hit our shores was that even with a larger displaced motor, the bhp figures were on the higher side when compared to the much anticipated KTM Duke 390 which belts out 44 bhp from a 375cc engine. The new 500s given the A2 license tier in Europe were restricted to 46.9 bhp, and a 400cc variant would have obvious implications on reduced engine output. In fact it was speculated and we too had earlier posted about the power figures of the new 400 twins to be in the range of 40 bhp. The specifications of the Honda CBR400R, Honda CB400F and the Honda CB400X were a mystery even after being showcased at the Osaka Motor Show with Honda being extremely tightlipped on the specifications, until now. And from what we are going to disclose ahead would definitely bring smiles to the faces which have been on the frowning side. 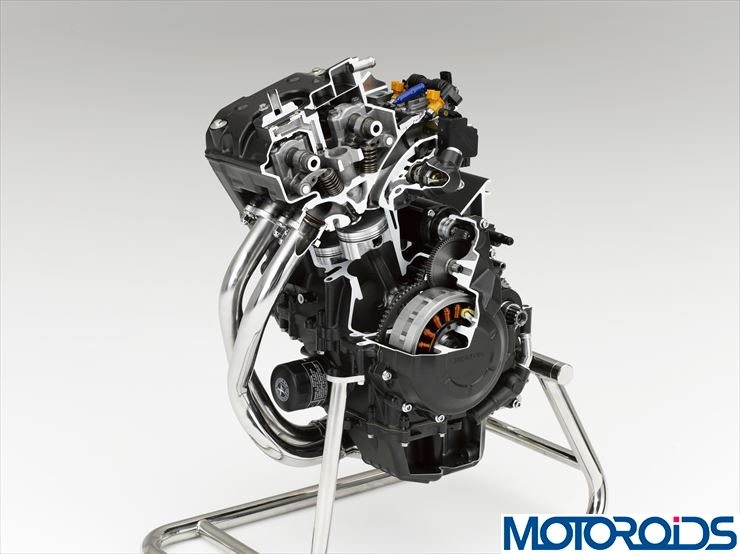 The biggest feel-good factor about the new Honda 400cc range is power output, which may though just look like numbers, do psychologically matter while making a purchase decision. As aforementioned since the 500s were restricted to just 46.9 bhp due to legislative norms, thankfully the 400s in the Asian markets do not have to face any such restrictions.

The power figures of the new trio of the Honda CBR400R, Honda CB400F and the Honda CB400X have been released by Honda and we’re delighted to inform that these new bikes crank out 46 ps @ 9500 rpm and 37nm of torque @ 7500 rpm. Also the fuel consumption has been rated at 39.7 kms per litre under standard test conditions.

Following are the complete set of specifications.

Other mechanical specifications state engine bore of 67mm, piston specs, stiffness and strength balance similar to that of the Honda CBR600RR. Similar configuration has been adopted in the 500s too. 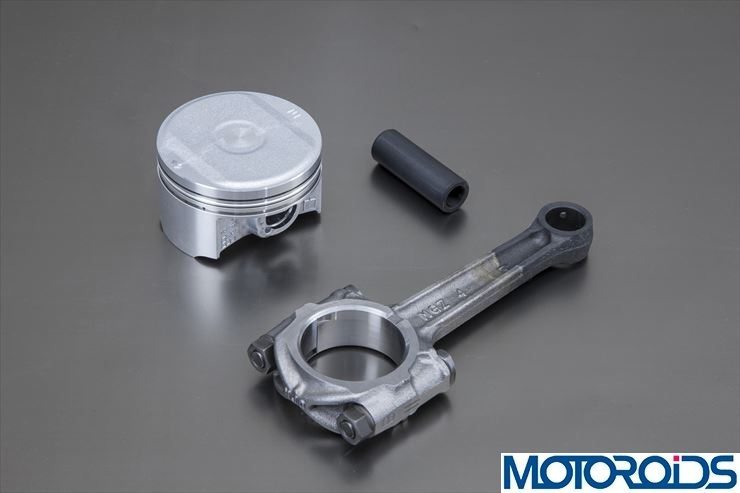 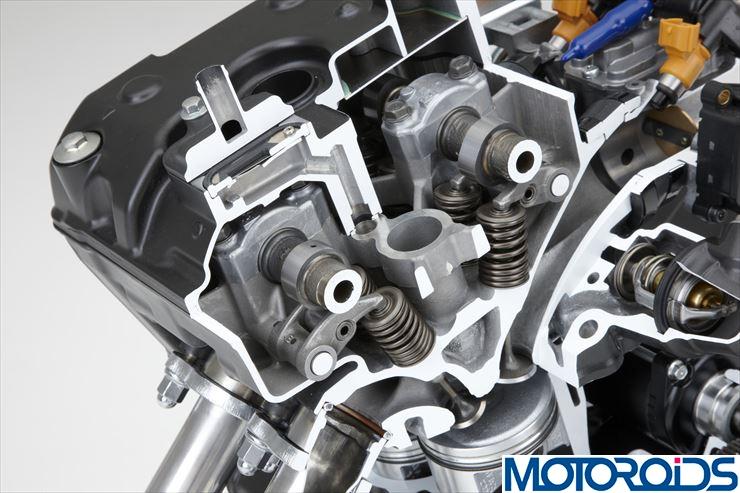 Twin engine balancers placed behind the cylinders for vibes reduction. 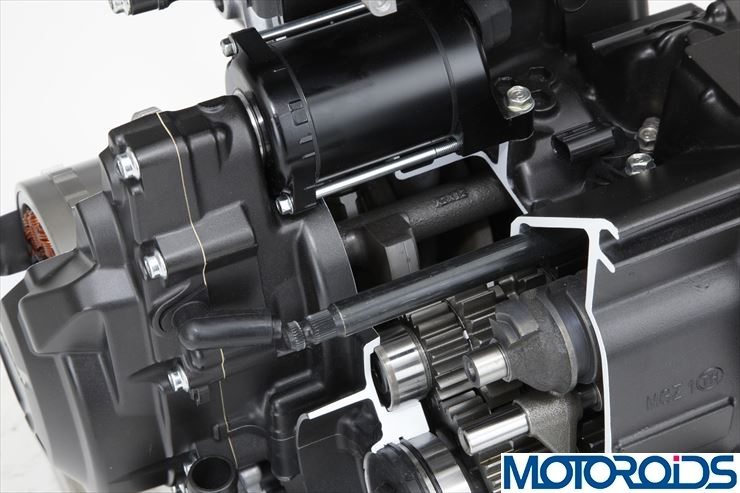 Usage of a centrifugal casting thin-valved sleeve to minimize piston distortion in the cylinder. 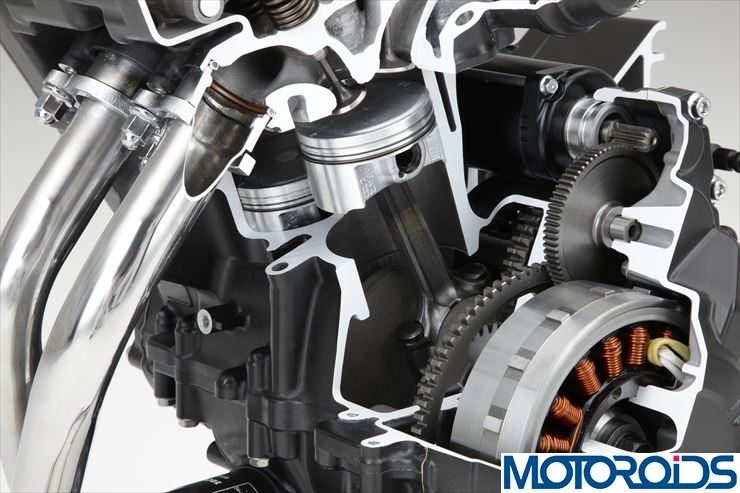 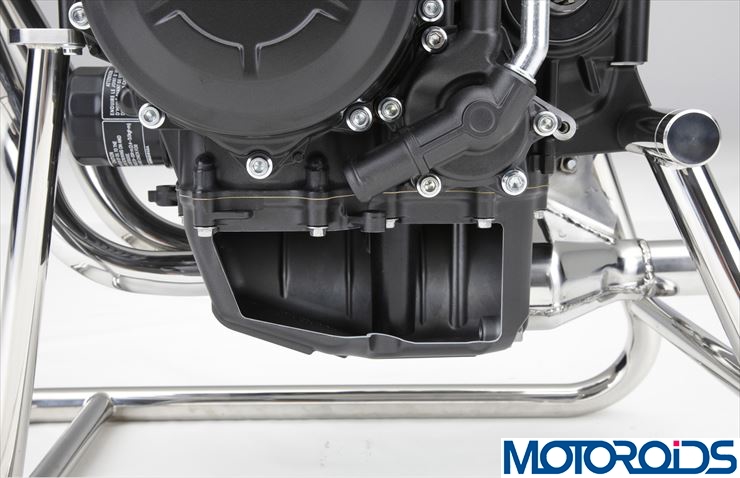 Utilization of O2 sensors and catalytic converter to comply with current emission regulations. 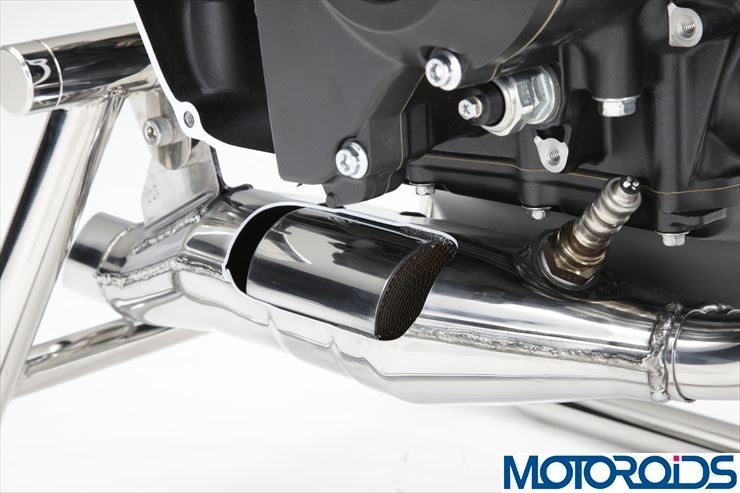 The dimensions of the three motorcycles have been explained in detail: 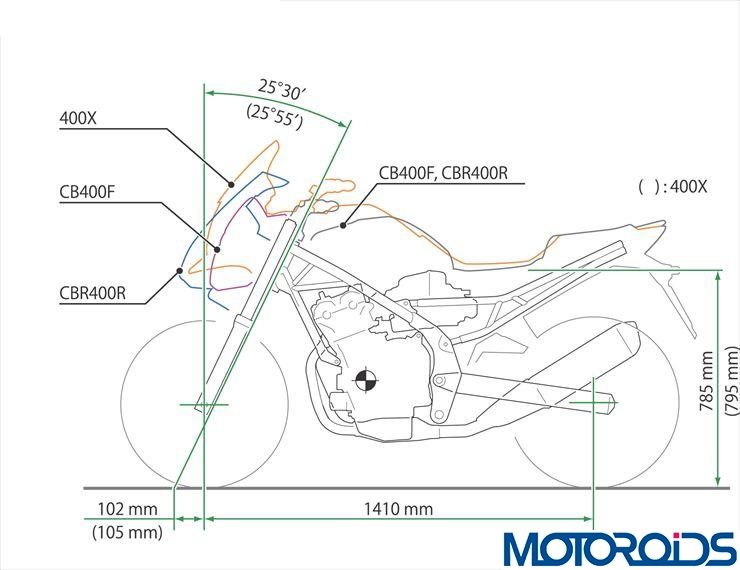 Prices in Japan have been announced as under. For reference sake we have translated the figures into INR to get a rough idea of the prices we can expect as and when Honda decides on the India launch. We aren’t discounting the reduction in production costs considering localized manufacture. 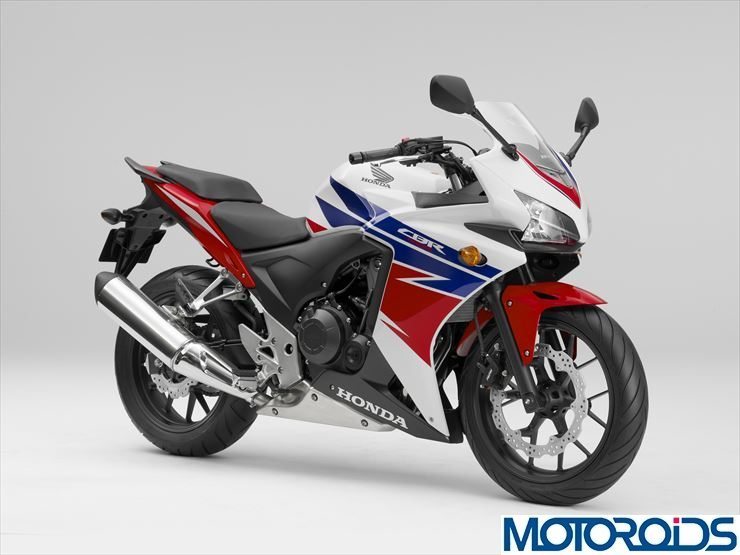 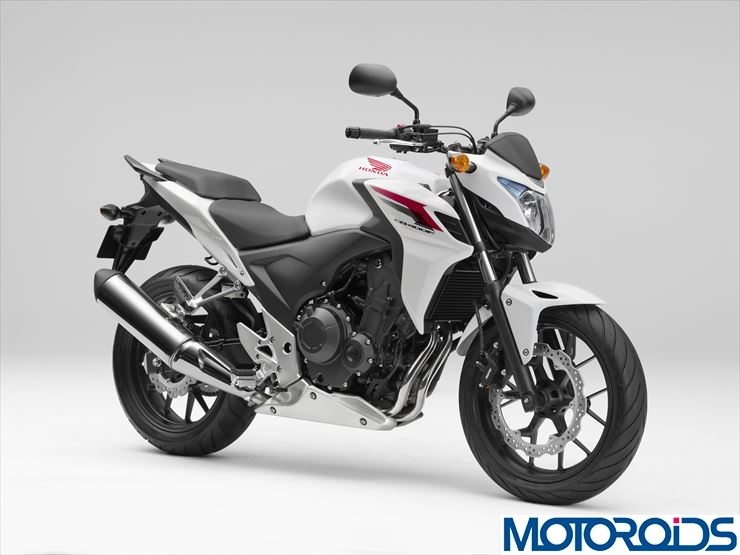 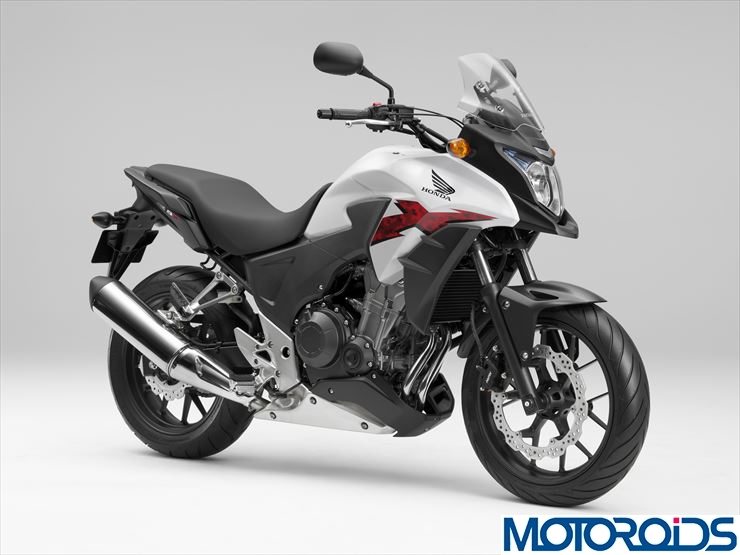 The converted prices stated above might seem on the higher end, but as a matter of record, the Honda CBR250R Non-ABS in Japan costs 449,400 Yen which translates to INR 244,254/- and ABS being priced at 499,800 Yen translating to INR 271,647/-. If we consider the CBR250R pricing as an assumed point of reference, there is a good difference of 25 to 30 percent in the pricing, courtesy localization. If we have to apply the same yardstick to the 400s India pricing, it makes for an extremely optimistic reading.

Now only if Honda could play wise on the pricing and trample onto the value-for-money proposition that the KTM Duke 390 should offer. The Duke might still humble the 400s on acceleration considering that the Hondas weigh nearly 60 kgs more than the KTM, but the advantages of a twin pod motor, taller gearing and a wider powerband would enable the Hondas to score a few brownie points over the Duke 390. And not to forget, there are three flavours on the offering depending on your type of riding.

So are you ‘Ready to Race’ or would wait till your ‘Power of Dreams‘ sees form?