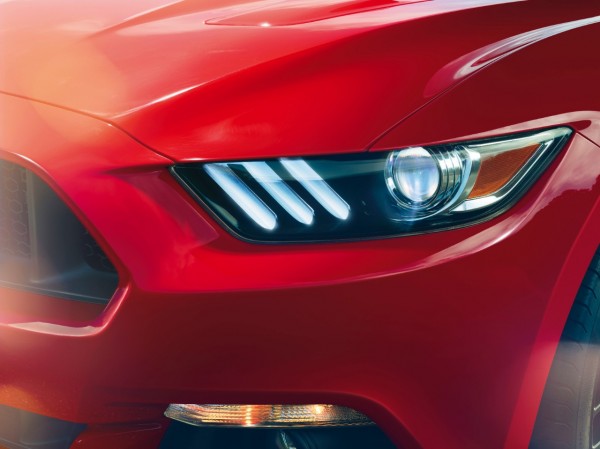 One of the biggest highlights of the recently unveiled new 2015 Ford Mustang is that it will be the first time that Ford will sell the iconic car Europe and in a total of 100 countries across the globe. Hence, it is the very first time that the Mustang has been developed to suit the global market.

However, it has emerged that the ‘stang sold in Europe won’t be exactly similar to the one that will go on sale in its home market! Other than a slew of minor changes, the car will have a lesser engine option and a stiffer suspension for Europe. This detail recently came from Mustang chief engineer Frank Davis. While we are yet to know of the exact variation between the suspension stiffness of US and Europe spec model, it is a well known fact that the new 2015 Ford Mustangs will sport a modern independent suspension system instead of a dated live rear axle setup that the earlier Stangs sported.

Other than having a stiffer suspension setup, the Europe spec vehicle will also miss out on some of the engine options and will be available on with- 2.3 liter EcoBoost inline four turbocharged petrol engine and 5.0 liter Coyote V8.

This means that the Europe spec modle would miss out on the 3.7 liter Duratec V6 motor that will be available in American market.

Talking about the performance of the Euro-spec model, Ford COO Mark Fields confirmed that the manufacturer has made no compromises for the European model and the car will be “fully American”.