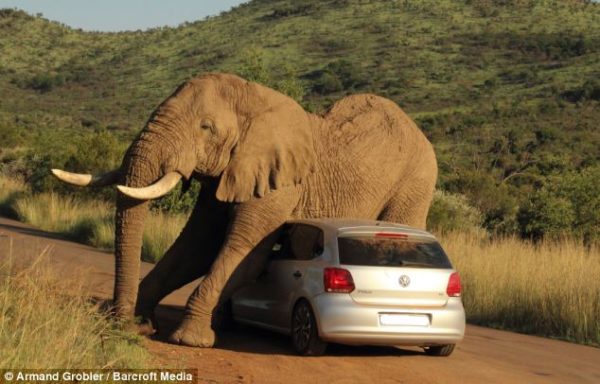 Elephants are usually considered to be aggressive creatures. But this particular bull elephant, which is likely to be in its musth (when its testosterone levels can reach 60 times greater than normal) seems to be getting playful with a Volkswagen Polo, itching itself using the car. However, the ride was not so playful to the occupants in the car who were hanging on to dear life throughout this horrific episode.

Explaining the animal’s behaviour, Grobler said, “I was doing ethology – the study of animal behaviour – at the time, so I had a basic understanding of what was going on. The elephant was presumably on musth, which is a time that an elephant male has an excess amount of testosterone, turning even the calmest Dumbo into a raging bull. Yet even though it was in this condition, it displayed no signs of aggression or frustration and was in a more playful mood.” 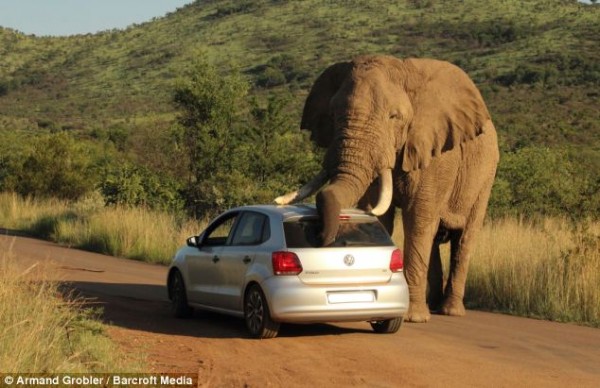 The car suffered major damages such as shattered glasses, blown tyres, and broken wheels along with a damaged chassis. Luckily, the occupants of the car escaped without any injury.

In a light note, the German car maker can use these pictures to showcase the durability of its vehicles. What do you have to say? Share your thoughts and opinions through comments below.