A motoring icon which has had the world falling for its unusual, but endearing looks, and precise performance, for decades, the Porsche 911 is here in it’s eight generation. Unveiled at the ongoing 2018 Los Angeles Motor Show, it’s the 911 Carrera S and 4S Coupé which introduced everything that’s new. Still committed to the Porsche design DNA, only with more muscles, the new 911 still is a timeless, rear engined poster boy. 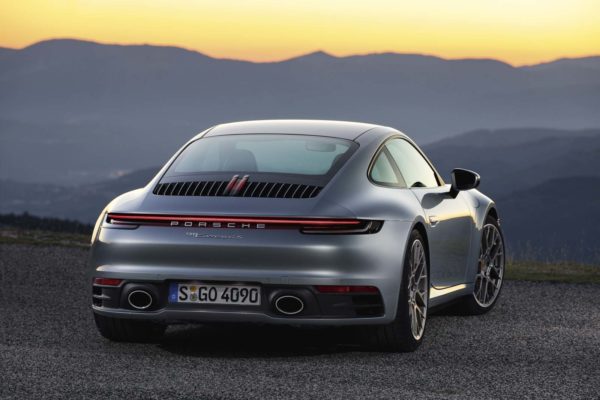 What’s new? The next generation of flat-six turbocharged engines has been further developed and is more powerful than ever before, resulting in a performance of 450 hp in the 911 Carrera S and 4S.  This corresponds to an increase of 30 hp, compared with the previous generation. An improved injection process and a new layout for the turbochargers and charge air cooling system enhance drive efficiency even further. 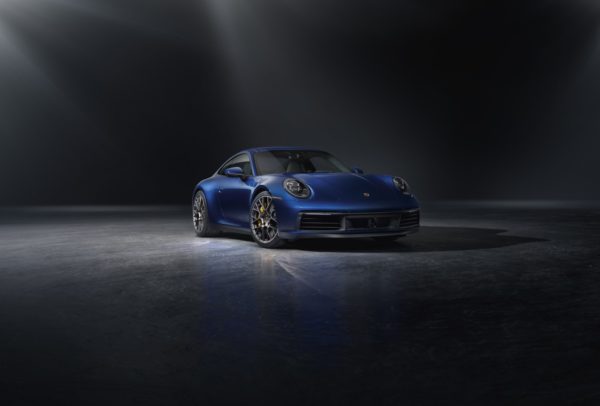 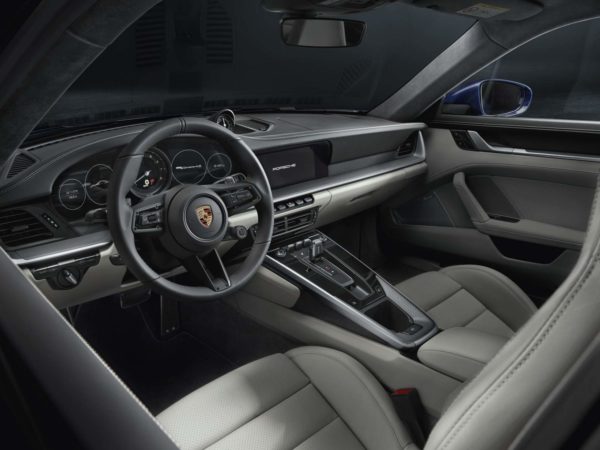 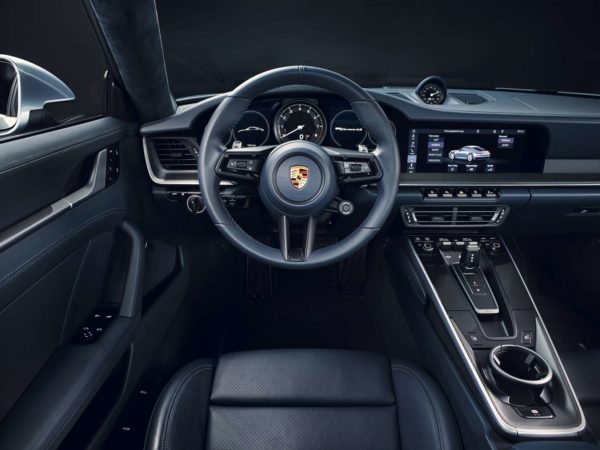 Coded as 992, the eighth-gen Porsche 911 features wider wheel housing arches over the 20-inch front wheels and 21-inch rear wheels. The rear end is now the same width across all models, highlighting the slimline centre section. At the front, the body is 45 mm wider. Electrical pop-out handles in the doors emphasise the tapered and smooth contours on the side, while a bonnet with a pronounced recess evokes the design of the first 911 generations. At the rear, all models feature a rear significantly wider, variable-position rear spoiler and a new light strip. Apart from the front and rear sections, the entire outer shell is now made from aluminium. 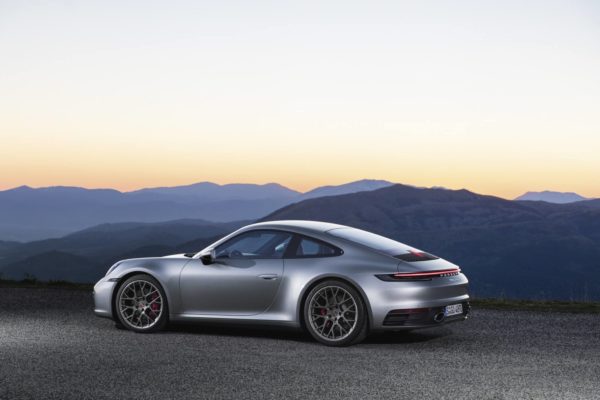 Inspired by the 911 models from the 1970s, the completely new interior is characterised by clear and straight lines of the dashboard with recessed instruments, Alongside the central rev counter, two frameless displays supply information to the driver. The centre screen is now 10.9 inches and located underneath is a compact switch unit with five buttons for direct access to important vehicle functions. In terms of digitalisation, the 911 steps into the future with permanent connectivity as well as new functions and services. The standard PCM features include navigation as well as Porsche Connect Plus. 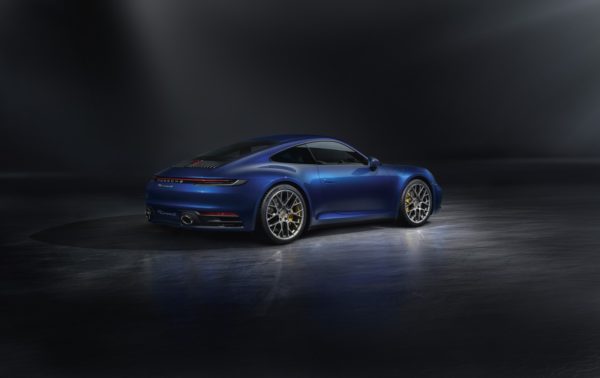 The new 911 features a new Wet mode, which is included as standard. This function detects water on the road, preconditions the control systems accordingly and warns the driver, who can then set up the vehicle for enhanced safety, by simply pushing a button or using the mode switch on the steering wheel (Sport Chrono Package). The warning and brake assist system, also fitted as standard, detects the risk of collisions with moving objects and initiates emergency braking if necessary. 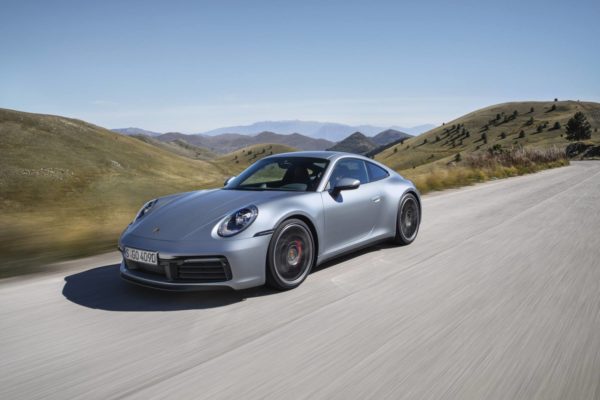