Adventure tourers is a quite fast growing market, for which many manufacturers are offering a bunch of bikes. Middleweights in this class are quite appreciated, they are light to move through tight off-road corners and pack enough punch to carry on, on the road. Yamaha has finally, after a rather long wait, showcased new Tenere 700 in its production-spec avatar. The bike was unveiled at EICMA 2018 along with a bunch of other bikes like the YZF-R1 GYTR and the R3 GYTR. The Tenere 700 will be sold from the second half of 2019 all over the world. If launch in India, it will go up against the likes of the Suzuki V-Strom 650 and the Kawasaki Versys 650. 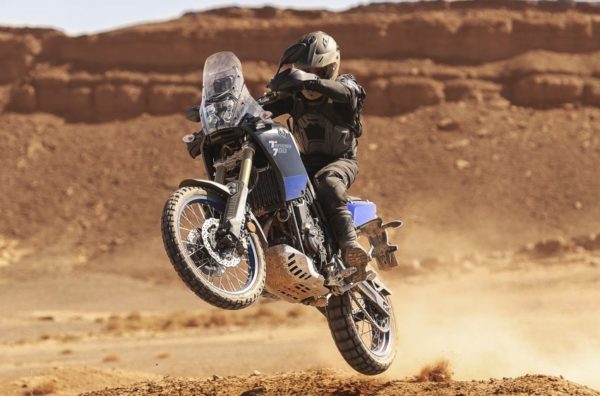 This Japanese adventure tourer uses the same 689 cc cross-plane parallel twin engine found in the MT-07. The MT-07 generates about 75 bhp and 68 Nm of torque. Yamaha has not revealed engine specifications yet but it is safe to assume that the numbers will be very similar to that of the MT-07. The engine will also be tuned to suit this particular style of riding. A chain sends power to the rear wheels via a six-speed transmission. The rider gets an LCD screen for the instrument console and switchable ABS as well. 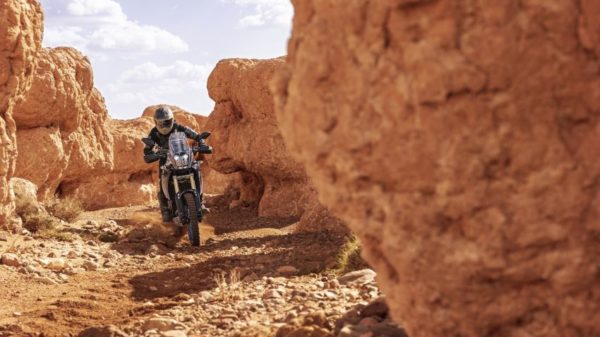 This bike is ready for the trails, as standard, the bike comes with spoked wheels. The wheels measure 21-inches in the front and 18-inches at the back. The front tyre is a 90/90 section while the rear measures 150/70, Pirelli Rally STR tyres are offered as standard. Being a trail ready bike, the suspension travel measures 210 mm at the front end and 200 mm at the rear end. Coming to the braking department, the bike uses a twin disc set-up in the front, both discs measure 282 mm and s 245 mm single disc at the back. With a fuel tank of 15.8-litres, this bike can travel for 350 km between fuel stops.