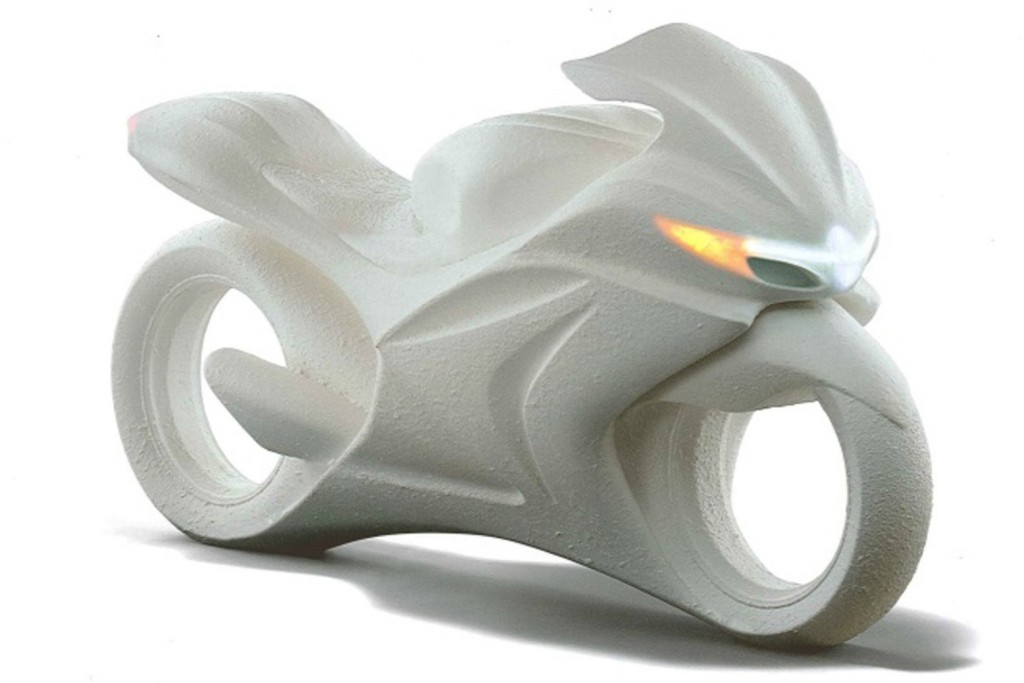 The 44th Tokyo Motor Show will be the turf where almost all the major Japanese manufacturers would unveil their respective concepts. Apart from the much awaited 250cc offerings, the Japanese two-wheeler makers are also likely to unveil their respective higher displacement concepts at the motor show. One of the major two-wheeler manufacturers from Japan, Suzuki, has already released a photograph of its GSX Concept that would be showcased to the public at the upcoming motor show.

That being said, the official image of the concept does not reveal many details about the upcoming GSX series model. We are still wondering weather this upcoming concept will take form of the new GSX-R1000, the updated Hayabusa – which recently lost its title of being the Fastest Accelerating Production motorcycle to the Kawasaki ZX-14R – or the much talked about turbocharged engine equipped rocket on wheels.

Official statement from Suzuki states that this upcoming concept GSX symbolizes the high-performance bikes that bear the GSX name. It gives form to Suzuki’s inline-four sportbike-making spirit and evokes a cocoon from which the company’s future sportbike models will be born.

So what exactly is Suzuki brewing to stand apart from its competitors? The current GSX line-up is in desperate need of an update. Rumor mill has it that Suzuki will reveal its refreshed GSX motorcycle portfolio in 2016. A turbocharged Suzuki, promising 300 bhp of power, has also been patented and there is a possibility that this upcoming high performance motorcycle will be based on this concept teased by Suzuki.

While there is no official word on that front, we believe that this upcoming Kawasaki Ninja H2R rival will be a track-only motorcycle and a relatively tamed down, street legal variant will share stage with the turbocharged model, giving a tough time to the supercharged Ninja H2. The electronics on the new motorcycle, similar to its rivals – the Kawasaki Ninja H2 and the 2015 Yamaha YZF-R1/R1M, are likely to be ground breaking with all the bells and whistles on board.

As we said before, the photograph of the concept itself does not reveal many details and we really believe that it would be a stencil for Suzuki’s updated GSX line-up. Here is what Suzuki stated in its brief press release:

“Suzuki’s powerful, rider-friendly inline-four engines deliver an outstanding combination of fuel economy and endurance. Their technologies are reflected in numerous GSX-series models including the GSX-R1000, the Hayabusa, and the GSX-S1000. The concept GSX symbolizes the high-performance bikes that bear the GSX name. It gives form to Suzuki’s inline-four sportbike-making spirit and evokes a cocoon from which the company’s future sportbike models will be born.”

So what exactly is Suzuki cooking? We hope all of the above. Do you concur? Share your views with us through the comments section below or give us a shout-out on our social networking pages. Don’t forget to share the news with your friends through our social tools.