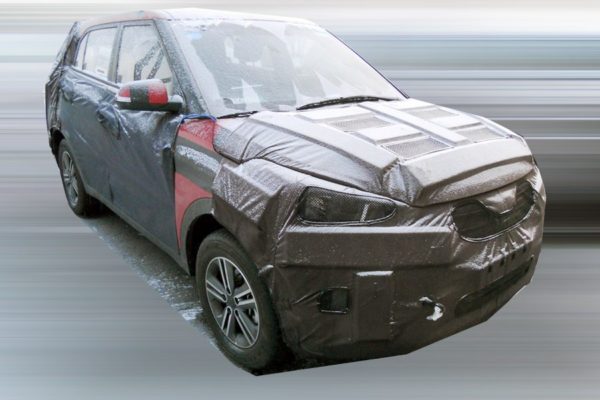 Upcoming Hyundai mini SUV, which will be a Ford EcoSport adversary, has been spotted testing in China and the highlight of the latest spotting is that this new  batch of Hyundai mini SUV spy images consists of a couple of interior images of the upcoming model!

The upcoming mini SUV from the Korean car giant is expected to make it to Indian car market soon after its public debut and the soon-to-be-launched model could be unveiled at the 2014 Beijing Auto Show, which will be held in April this year.

The Hyundai mini SUV will go on sale under the ix25 moniker and the design of this vehicle will be based on Hyundai Curb Concept. This design study was revealed at the 2011 Detroit Auto Show.

Hyundai ix25 will play the perfect baby brother to the larger Tucson/ix35 and will have a wheelbase of around 2,570 mm.

As revealed by the latest Hyundai mini SUV spy images, the rear passengers of the ix25 will benefit from decent legroom, which will be further amplified by recessed front seat backs, adjustable headrests and rear aircon vent. 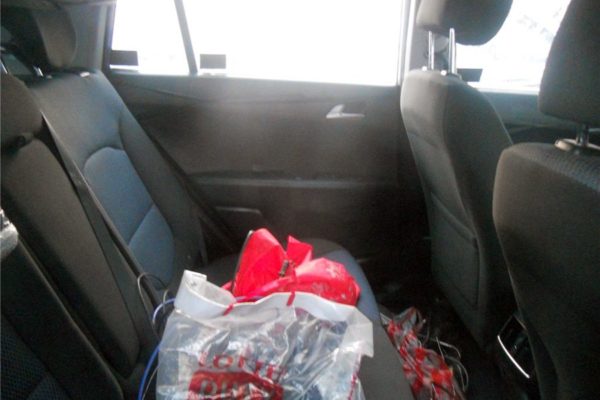 Hyundai Curb Concept’s dashboard consisted of a single LCD screen that ran across the dashboard and we won’t be too surprised to see a similar setup on the production model.

The exterior design and styling of the upcoming Hyundai Mini SUV could borrow plenty from the Hyundai Curb concept. In line with the car maker’s latest design language, the front fascia of the upcoming Hyundai Mini SUV would sport Hyundai’s hexagonal grill and a set of edgy headlamps. The rear would feature a wrap around windscreen and a pair of taillights that would extend into the rear bumper. 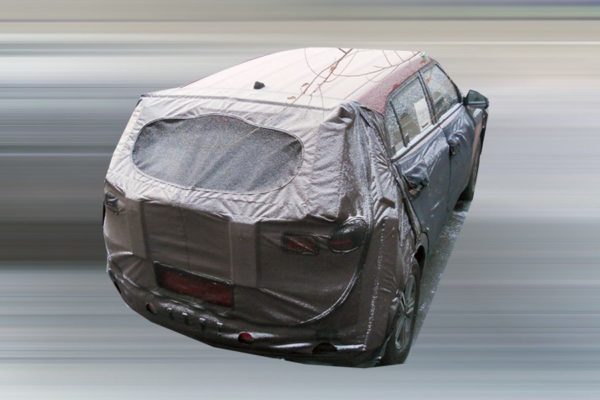 Hyundai mini SUV could be offered with a new range of compact petrol and diesel engines. One of these upcoming new-age motors could be the EcoBoost rivaling 1.0 litre, direct injection, turbocharged petrol engine.

Go to NEXT PAGE for more Hyundai ix25 images