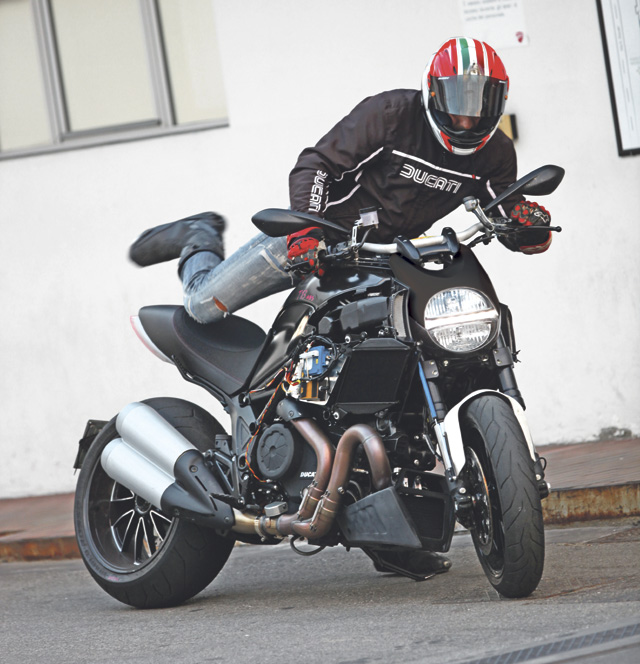 MCN were the first in the world to come out with the spy pictures of the Ducati’s hottest project – the B-king and MT01 rivaling monster bike from the Italian bikemaker. We were the first in India to report to you as the news hit the wires.
Now,  the famous British biking weekly MCN has revealed the clearest pictures yet of the new Ducati muscle bike, and its name as well. The bike, which was earlier called the ‘Vyper’, ‘Mega Monster’ and ‘Project 0803’ by the punters will officially be known as the Diavel.
Ducati is betting big on the news bike, as the company has registered the name for clothing to watches and even cosmetics and toys. What this suggests is that the Italian company will be cashing in on the new bike with an entire range of apparel, accessories and toys.
The name Diavel mean Devil, although its been picked from the dialect more prevalent around Bologna. What do you think of the new bike? Is it a true – blue Ducati?