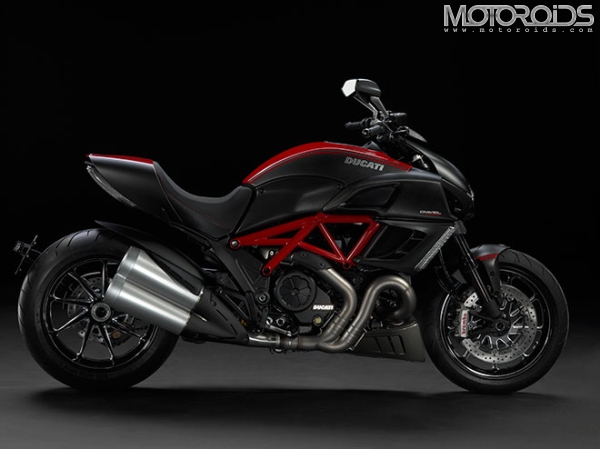 Italian superbike maker Ducati is planning to launch the Diavel monster bike in India by April 2011. The company also plans to being its 848 Evo and 1198 SP in India by January 2011. The announcement was made by Ducati’s Asia pacific CEO Mirko Bodiga while inaugurating company’s third dealership outlet in the country. The Diavel will be available in a base and a Carbon S variant in India.
The launch in India would be pretty quick to follow the international launch of the bike. “The Diavel model would be available in the European and American markets by January or February 2011. The same model would be launched in India by April next year, depending upon the time it takes to clear the necessary customs and other formalities,” Bordiga said.
Ducati has sold more than 100 units since the company’s launch in India only through the two dealers in Mumbai and Gurgaon. Now the Italian brand wants to be present in 10 major cities of the country with dealerships and service stations and sell more than 300 units per year.