After a long wait, Ducati has revealed the name of its latest GS-Rival. The Italian motorcycle marquee’s latest offering will be christened “Multistrada”. 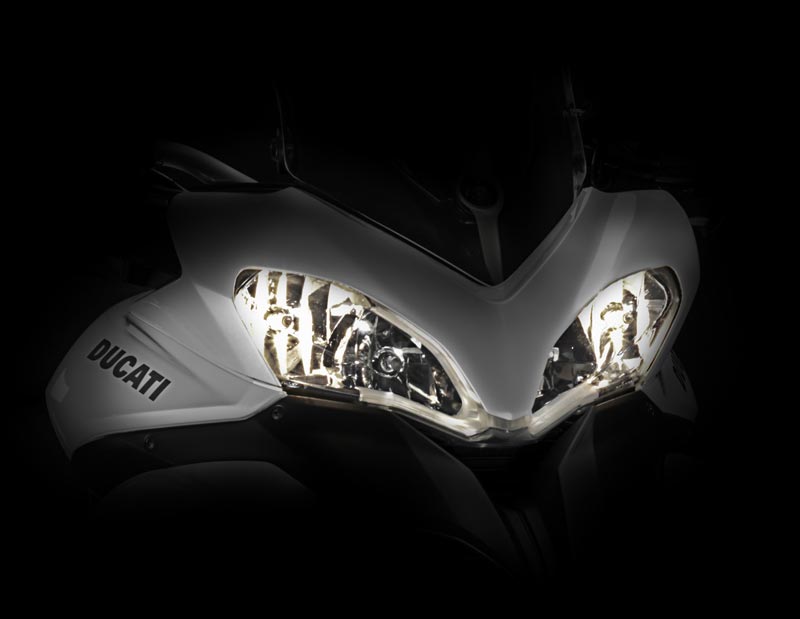 Before the confirmation of the name, the motorcycle was reffered as Strada Aperta by a variety of web sites and forums. A recent press release issued at the Milan Auto Show Ducati referred to the motorcycle as the “Multistrada 1200“. They also confirmed that the bike would borrow its 1198cc heart from the World Championship-winning bike “Testastretta”. The engine will be detuned with respect to its purpose of road riding.

Although there are several spy pictures being circulated on the net, this is the first official picture of the Multistrada 1200. The company has also started a website dedicated to this bike: www.multistrada.ducati.com