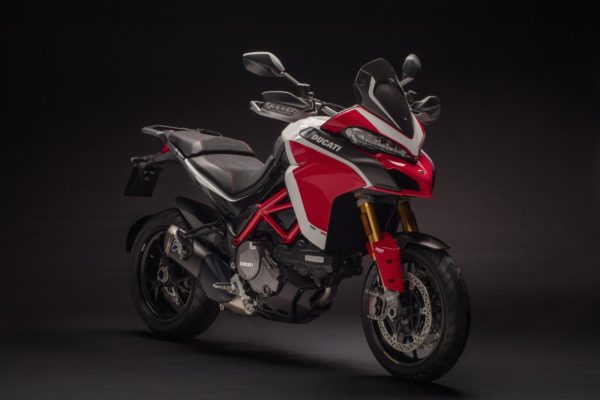 Developed on the technical foundations of the Multistrada 1260 S, the Pikes Peak version benefits from the 1262 cc Euro 4 compliant Ducati Testastretta DVT engine and new chassis dimensions, which include a new front end geometry and a longer swingarm. Along with a race-inspired colour scheme, the Multistrada 1260 Pikes Peak comes equipped with new forged aluminium wheels, which are lighter than those of the Multistrada 1260 S. In addition, the bike is fitted with the Öhlins fork and Öhlins TTX36 shock, which can both be adjusted mechanically.

The announcement comes immediately after Ducati racer Carlin Dunne led the 2018 Spider Grips Ducati Pikes Peak team to victory and reclaimed the crown as King of the Mountain during this year’s annual running of the Pikes Peak International Hill Climb. Dunne completed “Race to the Clouds” in 9:59:102. Rounding out the Ducati team this year was new member Codie Vahsholtz, who finished in third with a time of 10:12:703. This is Ducati’s seventh victory on the mountain since the company’s debut in 2008. 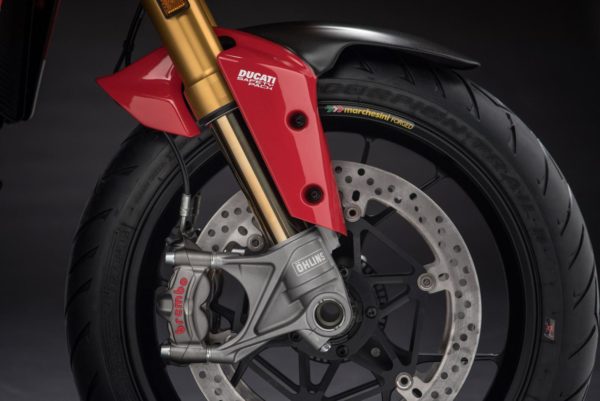 The Pikes Peak International Hill Climb, also known as the “The Race to the Clouds”, is held in an area of the Rocky Mountains, about 16 km west of Colorado Springs. A distance of 20 kilometres separates the starting line, at an altitude of 2,862 metres, from the finishing line at 4,300 m. It’s an incredibly tough competition.

Check out more images of the Ducati Multistrada 1260 Pikes Peak below: