Italian sports bike manufacturer, Ducati, recently unveiled the much-awaited Streetfighter V4, the bike was previously seen testing as a prototype at the 2019 Pikes Peak Club in the USA. The Streetfighter V4 is a naked bike and one of the most powerful Ducatis, as it produces over 208 HP of power in the stock version and 220 HP when fitted with Akrapovic Exhaust system, which is also 6 kgs lighter. The Streetfighter V4 is actually based on the Panigale V4 which is powered by the same 1,103cc, V4 Desmosedici Stradale, liquid-cooled engine and is mated to a 6-speed transmission unit which provides the bike with impressive performance results. 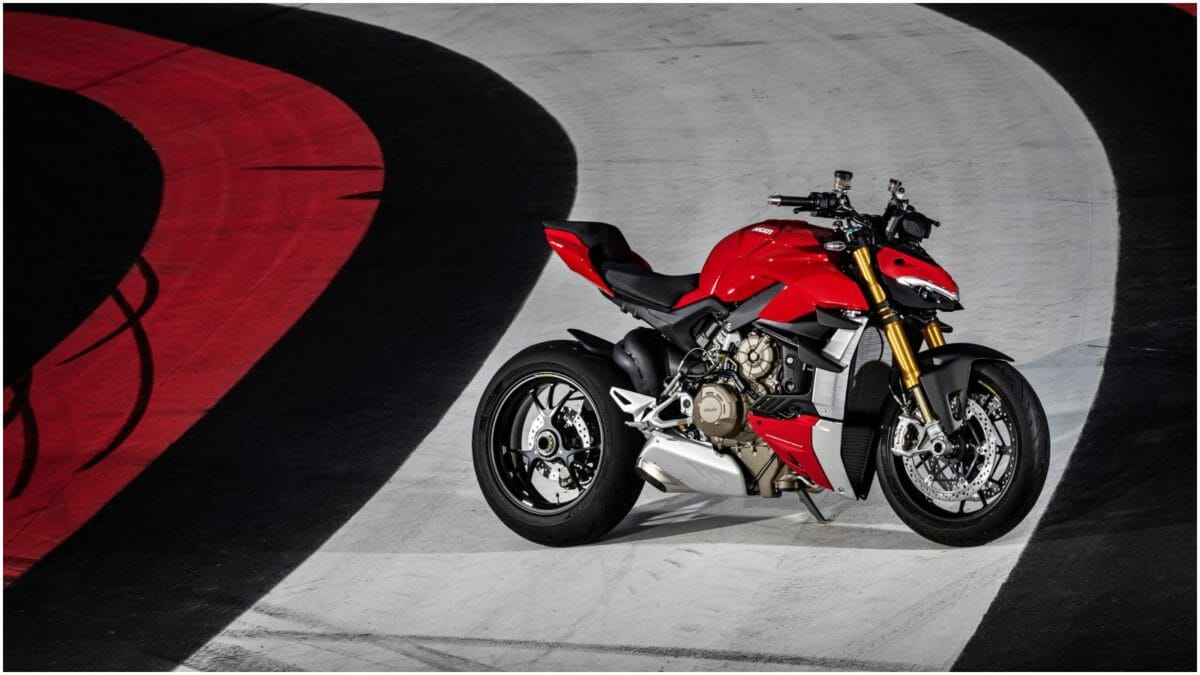 The Streetfighter V4 is basically a Panigale V4 without the fairing, as both the bikes share the same chassis and features. However, in terms of design, the Streetfighter V4 gets a new V-shaped LED DRL which sits on the headlamp unit. The front of the bike is totally new, while the fuel tank and tailpiece of the Streetfighter are same as that on the Panigale V4. The bike now also gets a set of biplane aerofoils that are supposed to help improve grip and performance on the track, while keeping the bike stable at high speeds. Ducati also offers a 43mm Showa upside-down fork on the front and a Sachs mono-shock on the rear, both of which are completely adjustable and come with a steering damper. The braking system on this super naked bike is governed by Brembo’s Stylema Monobloc callipers with 330mm and 245mm discs on the front and rear respectively.

Also Read: Ducati Unveils Its New Range Of Bikes Ahead Of EICMA 2019 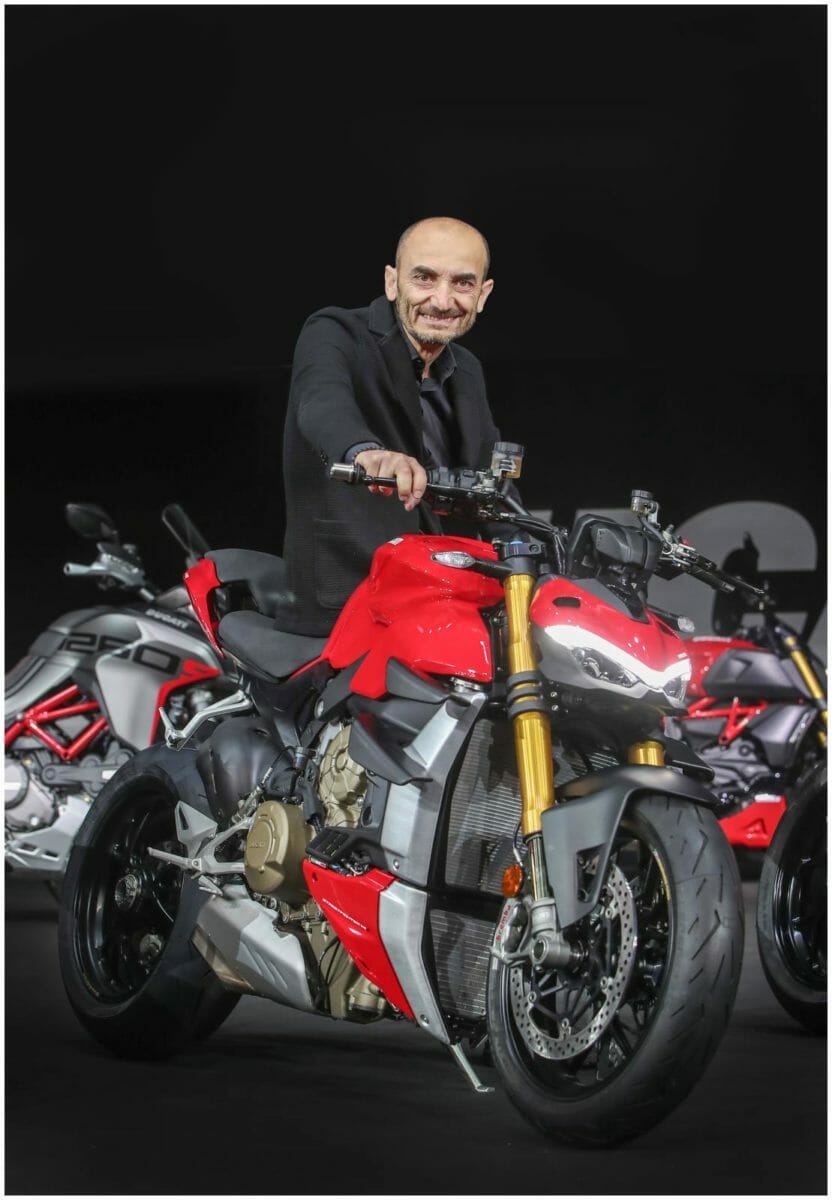 The Streetfighter V4 S features various technological advancements and Ducati has impressed everyone by providing this new bike with all the latest technology that is available on the Panigale V4. Features like switchable riding modes (Race, Sport and Street), a 6-axis IMU system, cornering ABS, Quickshifter, EVO electronic aids and the latest generation traction control, are all available on the new Ducati Streetfighter V4. We hope that the Italian brand launches the new Streetfighter V4 and V4 S in India, as all Ducati fans here are ready to ride this naked streetfighter on the streets of India.