Ford has been testing the EcoSport facelift for quite some time now. A number of test-mules of the upcoming EcoSport have been spotted on various occasions. New images have surfaced yet again, but this time, there seems to be another interesting test-mule. 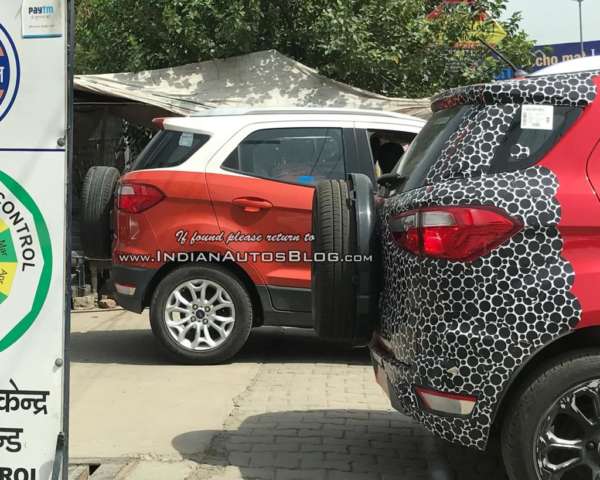 As seen in the images, Ford India is testing the current generation EcoSport with a dual-tone paintjob. A single test mule of the current-gen model that sports a shade of orange can be seen with a contrasting shade of white on the roof, A-pillar, C-pillar and the window line. Not only does the model come with a dual tone scheme, it also features dual racing stripes that run along the center of the bonnet.

Save for the dual tone theme and the racing stripes, there seem to be no changes on the test-mule in question. Ford is likely to introduce the EcoSport with a dual-tone paintjob as a special edition model or through its range of official accessories. The introduction of a new dual-tone model could be a move towards clearing the inventory of old models prior to the launch of the EcoSport facelift. 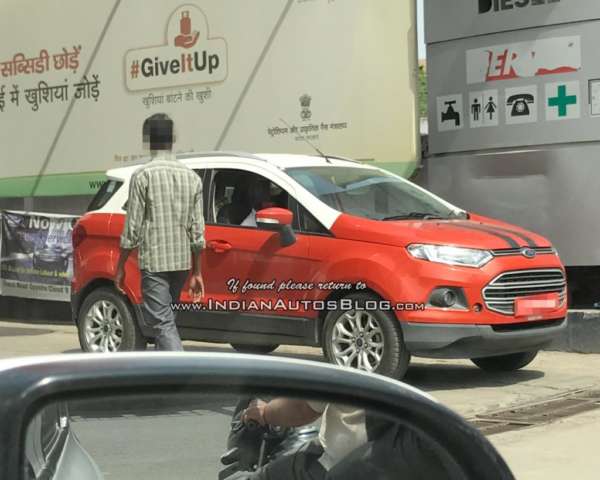