Janhavi Gadkar, a 35-year-old Mumbai resident who rammed her Audi Q3 into a taxi has suddenly hit the headlines for all the wrong reasons. In the wee hours of 9 June 2015, Gadkar left her work along with her colleague for some drinks. Little did she, or her colleague know what was in store. 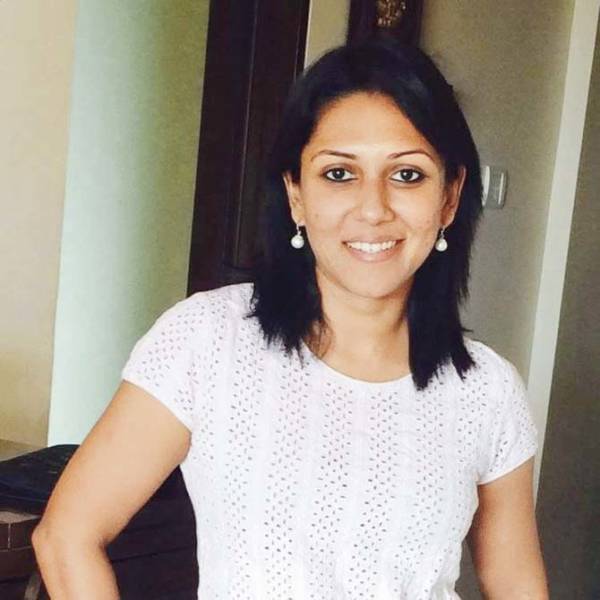 To read our updated story on this incident, click here.

Janhavi Gadkar is a legal advisor for a company based in Nariman Point, South Bombay. On Monday night of 9 June 2015, Gadkar, along with her colleague Rahul Datta, went out to booze at the Hotel Marine Plaza on Marine Drive. By the end of their drinks session, Gadkar had downed six small pegs of whisky. According to Motor Vehicle Act, only 30 ml of alcohol consumption is permitted if you are to get behind the wheel later. That fateful night, Gadkar had consumed 6 times that limit before she hopped on the driver’s seat of her Audi Q3.

The drunken duo then left for Marine Drive at around 10:30 pm and by 12:30 am (9th June), Datta left for home and Gadkar proceeded towards her den in Chembur. However, before she left, her anxious colleague asked her if she was in a state to drive. Gadkar confidently replied, “I have done this before. I will call after I reach home.” That right there is where common sense took leave of her senses. Unfortunately, that hindered sight of responsibility didn’t leave many questions on the mind of her drunken colleague, either. Gadkar’s over-confidence worked for her right up until she hit the Eastern Freeway, which she entered the wrong way. In her drunken state of mind, Gadkar started driving her Audi Q3 right towards oncoming traffic. Amazingly, she kept this up for a whole 11 kilometers and like with many sloshed mortals who think they can drive after downing a few, she was speeding too.

Meanwhile, coming the other way on this freeway was Salim Sabuwala, his wife and their three children. The family had hired a taxi and were on their way from Bhiwandi after a small celebration; Their 16-year-old son had just cleared his tenth grade exams with good scores. They were completely unaware of the impending doom barrelling down their way. As the taxi neared RNA Park near MHADA colony in Chembur, the 57-year-old taxi driver spotted the fast approaching Audi Q3. By this point, Gadkar was travelling at 120 km/h and our guess is that the taxi was travelling at quite some pace, too. In panic, the driver blared his horn, but the 2-tonne Audi rammed head-on against the Maruti Eeco. 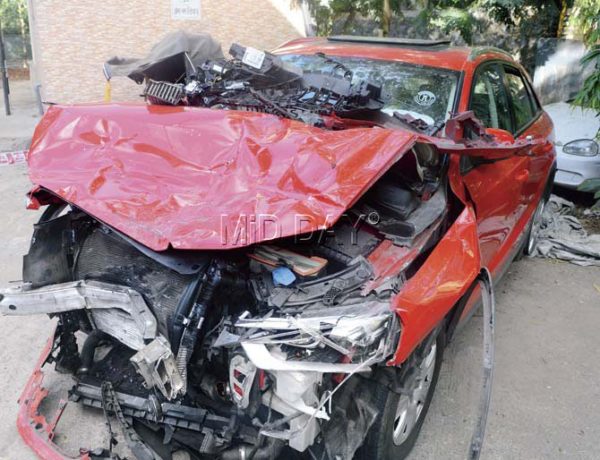 The impact velocity was still very high, going by the state the two vehicles’ front end was left in. The Audi ploughed straight into the Maruti and obliterated everything ahead of the A-Pillar. Unfortunately for the people inside it, the Eeco doesn’t come with a very rigid body shell or airbags. The sad result of which, killed the driver of the taxi instantly. Salim Sabuwala was still alive at this time, but he had suffered tremendous injuries. Miraculously, the folks seated at the back escaped with their lives, but had suffered serious injuries, except for 16-year-old Nouman. Still at the helm of her Audi, Gadkar survived as the Q3 comes with dual airbags as standard. The only hero in this otherwise unfortunate story is the Audi Q3. Its multiple crumple zones, along with a rigid body shell, absorbed the brunt of the high-speed impact. This saved the life of the 35-year-old legal advisor.

According to ACP Jivajirao Jadhav of Trombay Division, “Salim and the taxi driver, Mohammad Sayyad (57) were declared dead at Sion Hospital. One of the persons at the spot informed the police and with the help of the people present there, the injured, that is Sadiya, Salma and Hafiza were taken to Sion Hospital and later shifted to Saifee Hospital. Nouman did not suffer any injuries. The family is in shock. The driver was removed from the taxi with the help of Fire Brigade after it was cut down. Gadkar was stuck in the car as the airbag had deployed and only after police came she was removed from the car. She was also in shock. She was saved only because of the airbag and did not suffer any major injuries.” The shocking truth is that Gadkar almost rammed into two other cars before colliding with the taxi. Those motorists barely escaped and in fact, they turned around to inform the sloshed driver that she was on the wrong lane! Unfortunately, fate has a way of going about with things and before they could make it, Gadkar had slammed into the taxi.

Gadkar was apprehended and kept in police custody till Wednesday (June 10). The police have also sent her blood samples for a detailed analysis. The victims in the taxi were taken to Sion Hospital, where Salim Sabuwala passed away due to his horrendous injuries. After some time, Nouman’s mother and his two sisters were moved to Saifee Hospital as their injuries were quite severe. A close relative of the Sabuwalas added, “It did not take even a minute for the family to lose everything. Except for Nouman, all the remaining survivors are hospitalised. The children have lost their father. I am worried about Sadiya, who has constantly been asking about her mother and father. Nouman was very brave. He immediately called for a taxi and took his family to Sion Hospital. The woman should be charged with murder. She killed two persons from two families. She is an advocate and she has committed such a crime.”

If a lawyer, who, in theory is aware of the repercussions of such a misadventure more than almost anyone else, can lose her senses badly enough to drive on the wrong side of the road, we can only imagine the kind of ruckus a normal human can create on the streets after getting inebriated. There is a reason why there is a strict law pertaining to drunk driving. There are millions of macho men and superwomen on our streets who think that nothing takes the control away from their grasp even after being properly sloshed. The harsh reality, however, is that more often than not they end up becoming the cause of a lost life or limb.

In that view, do you think that the laws we have here in this country for drunken driving are harsh enough deterrents to prevent people from getting behind the wheel after being inebriated? What should be the right fine / jail term for such an offence? Do share your views with us through the comments section below.