Home Ford Do you like the Ford EcoSport sans tailgate mounted spare wheel? 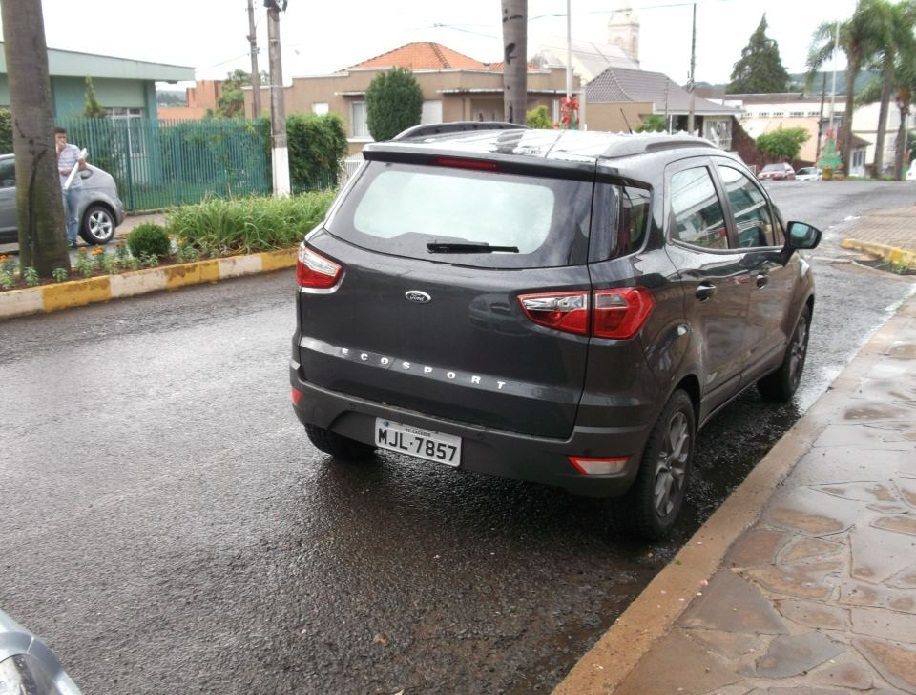 We have always loved the way the Ford EcoSport looks and we have nothing but appreciation for Ford keeping the styling of the production spec car true to the concept previewed in early 2012.

However, one of the very few differences between the production spec EcoSport and the concept is the inclusion of a spare wheel mounted on to the tailgate. Wefeel that this change has added a wee-bit of more character to the car’s styling and we welcome the change.

Now, the Ford EcoSport has been on sale in Brazil since some time and thanks to this pic which has surfaced on Facebook, we believe that the above mentioned change has not gone down all that well with the car buying lot in Brazil. The Compact SUV from Ford was recently spotted sans the tail gate mounted spare wheel.

To us, the rear end of the Ford Ecosport seen in the lead image looks pretty bland and the exclusion of the spare wheel is not something we would like to see on the India spec car. Other changes to the car seen here include relocation of Ford badge to the centre of tailgate and a wider layout for the EcoSport badges. These small changes however, are from being enough to do away with the blandness at the rear end.

What do you feel? Do you like the EcoSport without the spare wheel on its tailgate?