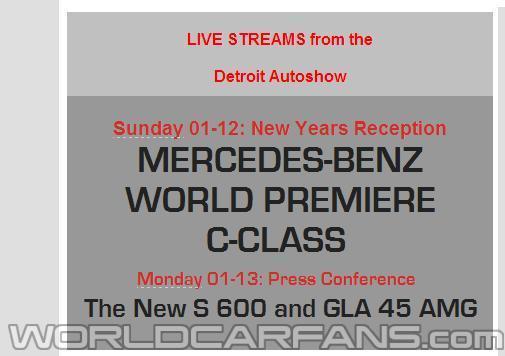 While the manufacturer hasn’t been too vocal about the 2015 Mercedes S600, this leaked image here reveals that the car will make its public debut at the North American International Auto Show in Detroit next Monday.

Another detail that we know is that the car will go on sale exclusively as a long-wheelbase model and it will come with a long features list that would include Magic Body Control, Collision Prevention Assist Plus and a head-up display.