Earlier this week, we brought you the Ford Ecosport customized by DC Designs. Now, according to report by Financial Express, the design firm will be showcasing 2 new products at the 2014 Delhi Auto Expo in February.

DC Design has plans to become a manufacturer of niche cars. “The first is a four-seater convertible SUV, which is not rationally dimensioned, and an extremely small car, smaller than the Nano,” Dilip Chhabria, head of the design firm, said. “Both the products will be showcased at the upcoming Auto Expo in Delhi in February when the first batch of 25 cars of the DC Avanti will also be flagged off,” he further added. 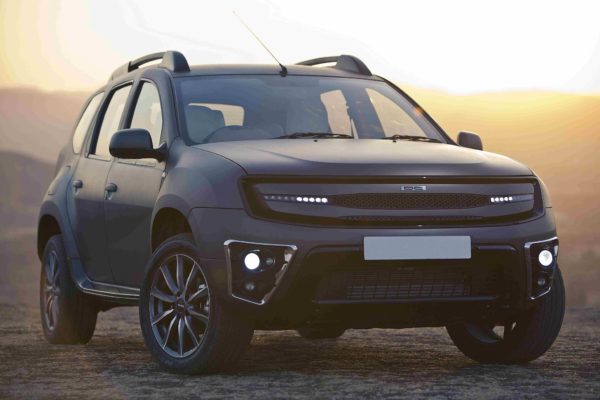 The image above is a DC customized Renault Duster

“Our USP is clear. We are going to be niche segment of cars, which other manufacturers do not explore. We are in the process of becoming the youngest car manufacturer in the country and are transitioning from a customiser of cars to a low volume niche manufacturer,” he added.

According to the report, Chhabria describes the new SUV as a ‘drop dead gorgeous’ car that is extremely irrational but one that will find a definite audience while the smaller two-seater car will be sub-7 feet in size. Both the new products will be priced in the range of 18 lakh INR to 40 lakh INR. Chhabria expects the younger lot of customers to buy these products.

After receiving a staggering response for the 25 lakh INR DC Avanti sportscar, the company will be showcasing the two new products which will go into production soon. Chhabria also stated that the first lot of DC Avanti cars will be handed over to customers at a committed price of 25 lakh INR initially and later the price will be hiked by at least 5 lakh INR. From June 2014, the company will be ready to roll out 100 units of the DC Avanti per month.