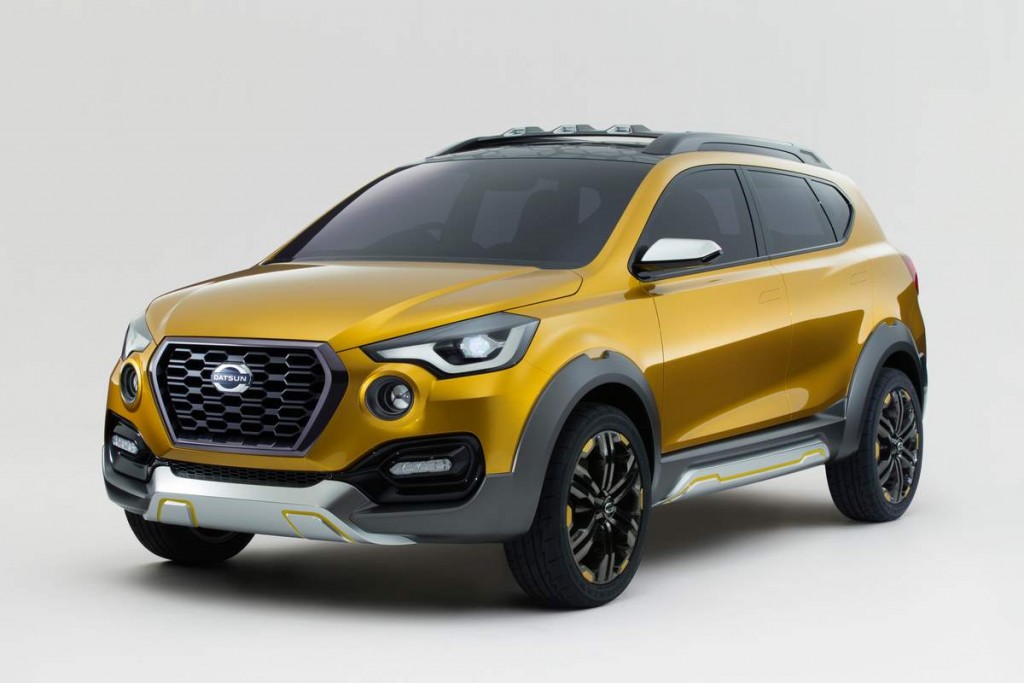 Datsun’s Go hatch and Go+ MPV got a lukewarm response in India. In the meantime, the success of the Ecosport and the Duster exhibited to the Japanese carmaker what wonders a well-designed, well-priced crossover can do to a brand’s fortunes. Quite naturally, then, sometime back, Vincent Cobee, in an interview with the Indian media, including Motoroids, at Datsun’s HQ in Japan stated that the crossover segment is something the brand is keen on exploring. Two months on, we have the Go Cross concept – an almost production ready template of what Datsun plans to do in the crossover segment. And must we say – it’s impressive. 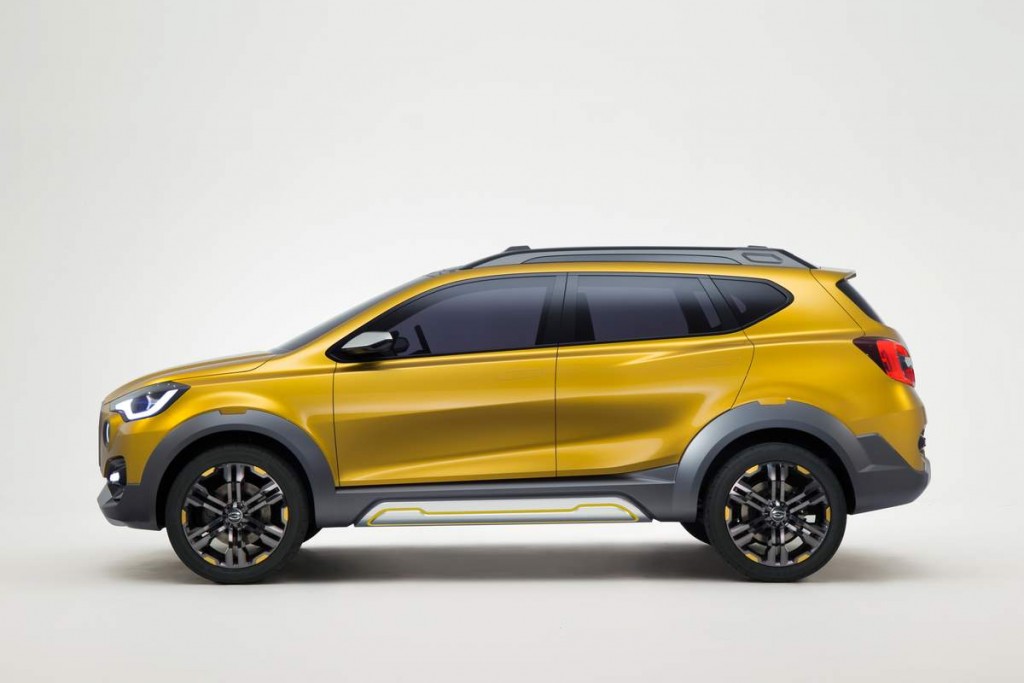 At this point, we really think that the learnings from the mistakes made on the Go and the Go+ have been improved upon drastically. The Go Cross, in our honest estimation, comes across as a well styled, well-proportioned machine in the first look – and we say this after discounting all the motor show specific adornments like big wheels and other decorative items. Featuring the signature hexagonal Datsun family grille, the new concept looks a little busy for our liking up front, but it’s still quite balanced, and manages to look pretty good.

The inward tapering, sharply styled headlamps, with the Skoda Yeti-esque fog lamps beneath and pronounced silver and grey undercladding up front give the Go-Cross a decent, if a slightly incoherent face. 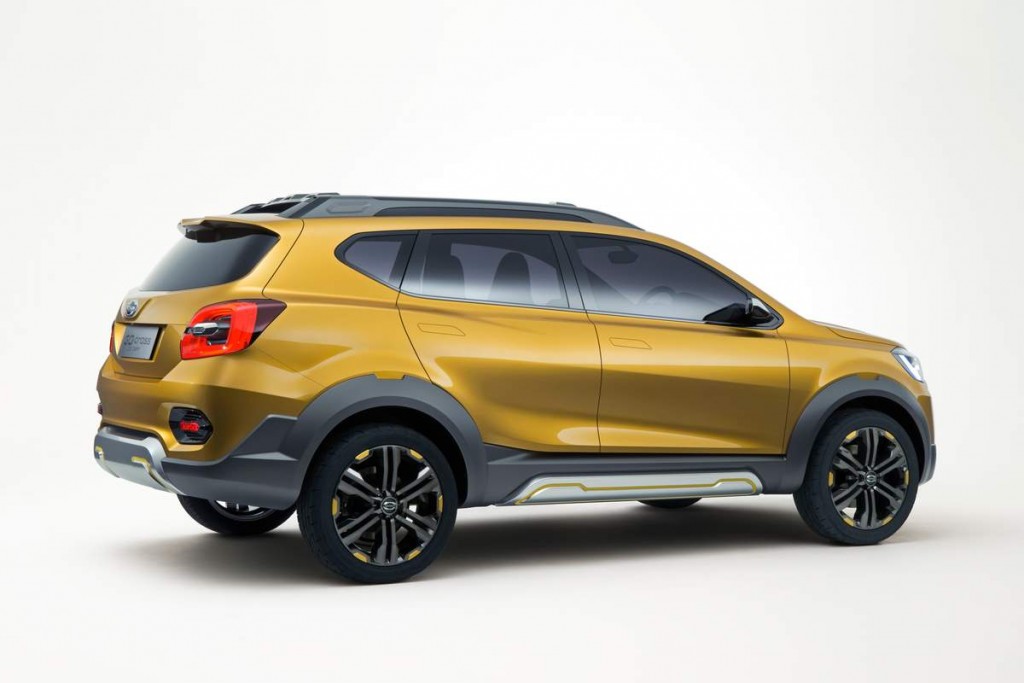 But that feeling vanishes as you move towards the sides, as the new Datsun crossover offers a highly sophisticated, clean, well-proportioned and surprisingly sophisticated profile. The shoulder line is pronounced without any overly sharp creases, lending the crossover a self-assured, muscular, confident stance. We just can’t stop looking at the clean, classy, pure treatment given to the sides. We love those haunches, emerging out of the shoulder line ever so mildly, yet so unmistakably – wow! We also cannot stop ourselves from appreciating those slims ORVMs, painted in a contrasting silver – though we know they’ll be shown the bin in the production trim. 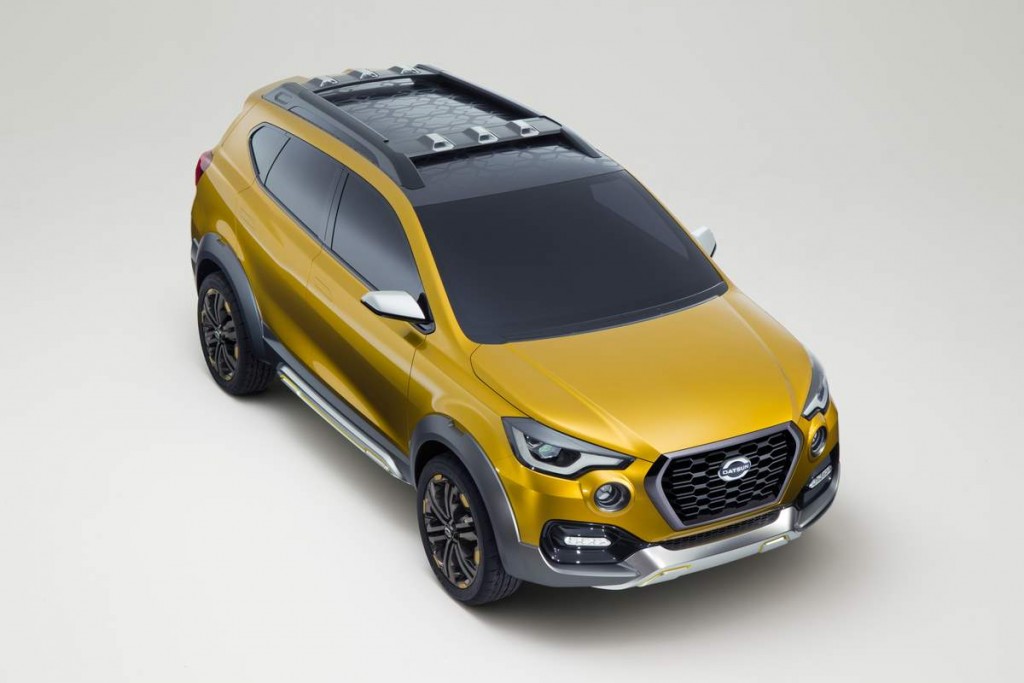 Completing the rugged look on the sides is thick under-cladding with a pronounced recess between swathes of that grey plastic and the doors. There are the indispensable roof rails as well, with stylish cross members and a unique honeycomb pattern on the roof.

The impressive, simplistic, yet well proportioned styling continues at the rear with wraparound tail-lamps, a neatly styled hatch and a massive bumper with silver-grey under-cladding carrying over the frontal theme. We didn’t like the glossy black housings of the reflectors, though, which can be sobered down to blend better with the overall design. 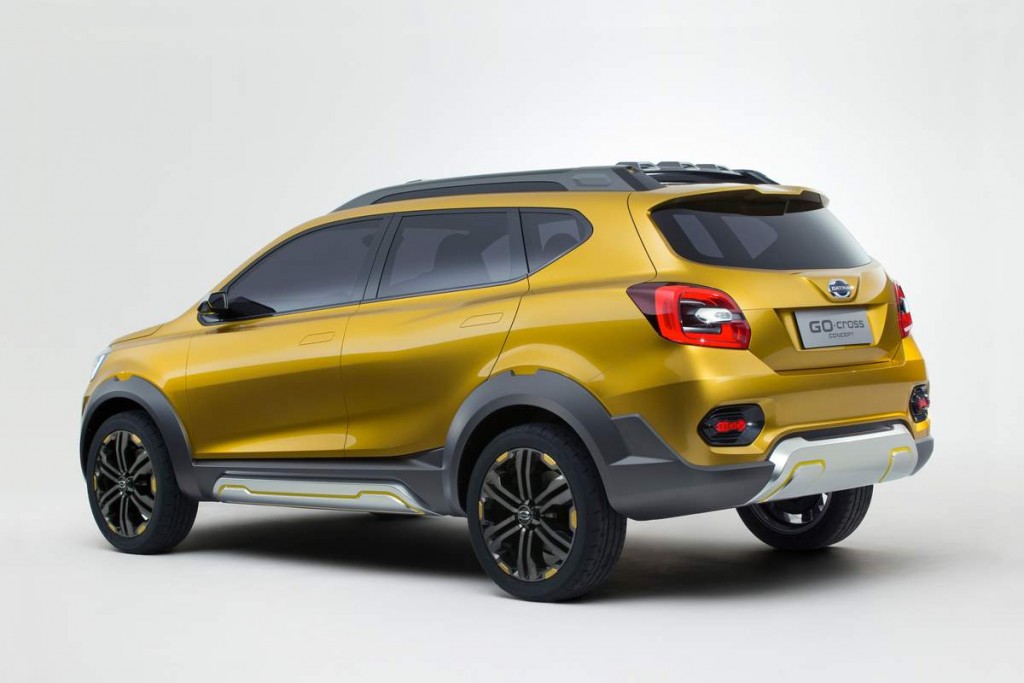 As a whole, the Go-Cross looks like a design which wouldn’t be too different from the concept in its production form. Which is a good thing, as we absolutely love what the Go-Cross looks like, especially knowing that it’s going to be a price warrior, making the likes of the Ecosport look expensive. While Datsun says that the Go-Cross is not going to be cheap, as the “company doesn’t make ‘cheap’ cars”, we’d still be comfortable assuming that the Go Cross will undercut its rivals on the price front.

The new car will likely employ the 1.5 dCi diesel, which also does duty on a variety of Nissan Renault cars, including the Duster and Terrano. Datsun, however, isn’t denying the possibility of offering an all-new engine as an option.

The interior of the car has not been revealed, though Datsun claims that the innards of the Go Cross will be a comfortable and reasonably upmarket place to be. The Datsun Go’s single front bench seat wasn’t a great idea, and Datsun should have learnt its lessons about the importance of cabin aesthetics in India by now. 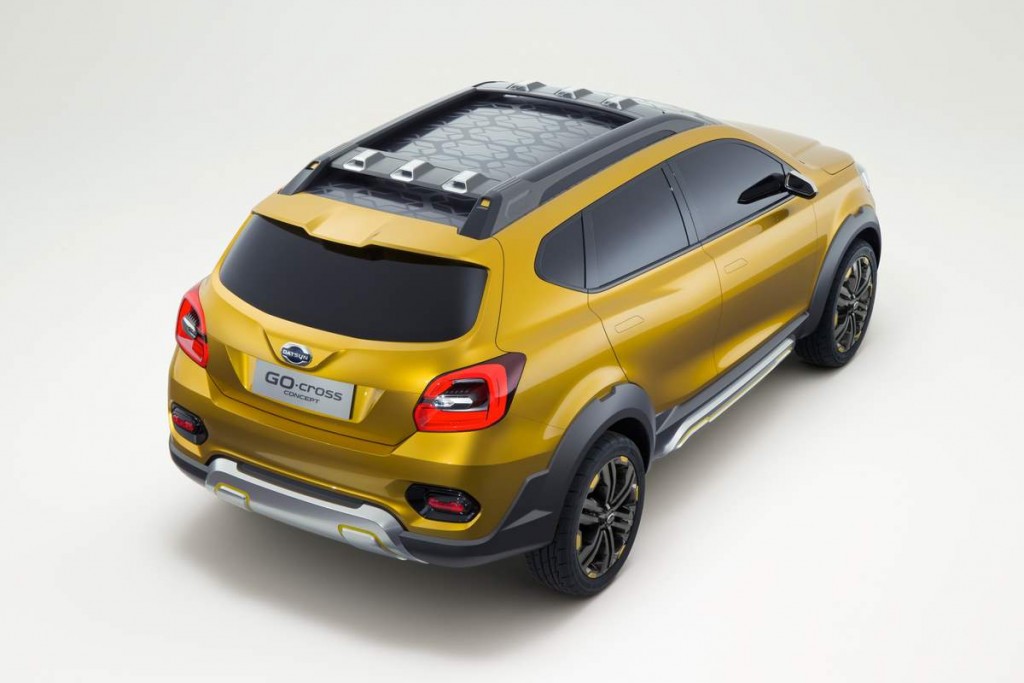 So while it’s longer than 4 meters as of now, Datsun asserts that the Go Cross can be modified to meet various requirements, meaning it can be truncated to match the sub-4 meter tax-saving size in India. The company, apart from selling the Go Cross in India will also export it to markets like Indonesia, Russia, South Africa and even Europe.

According to Datsun’s official statement, the Go Cross concept “investigates the market potential of a crossover with spirit and a sense of adventure. It’s a car that fully handles the day-to-day routine yet still has plenty left for holidays or weekend fun.”

So does the Go Cross have any Go in your opinion? If it’s powered by a 1.5 litre diesel engine, also propelling the Duster, and has a decent interior, what is the price you’d be ready to pay for it? Do let us know all your thoughts.