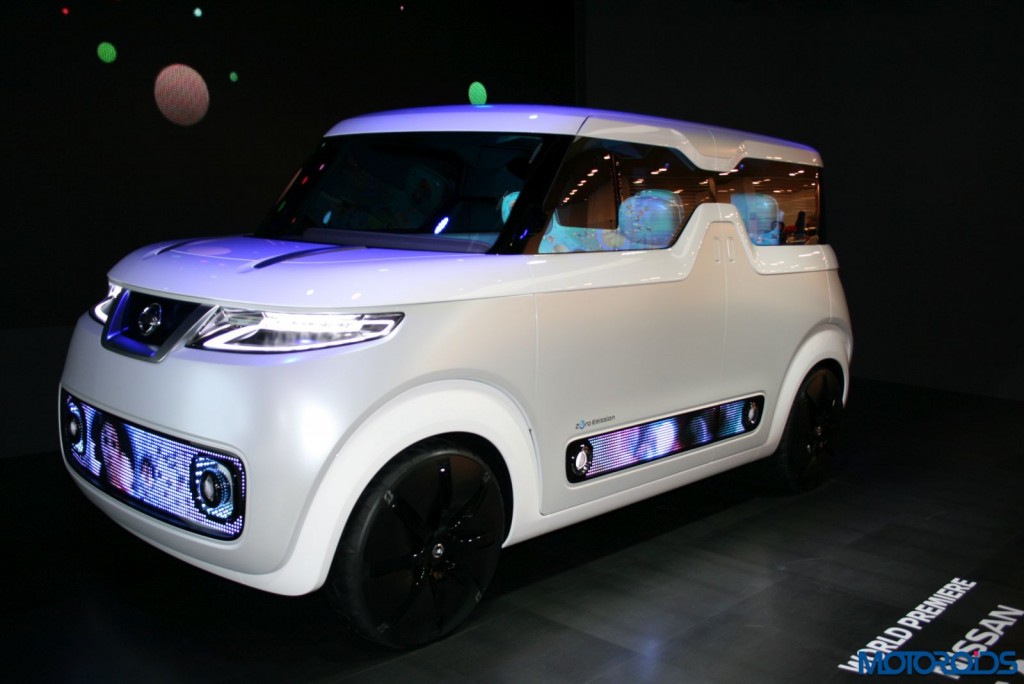 Nissan showcased their new concept, the Teatro for Dayz, at the ongoing 44th Tokyo Motor Show, which seems to be a born-free version of their self-driving EV. Nissan targets this vehicle not only at car enthusiast but also at people who want to showcase their art and talent with the Teatro for Dayz. Aimed majorly at the youth, whom Nissan calls “share-natives” – meaning people who have grown up with the internet around – this product deals with most of the everyday connectivity. 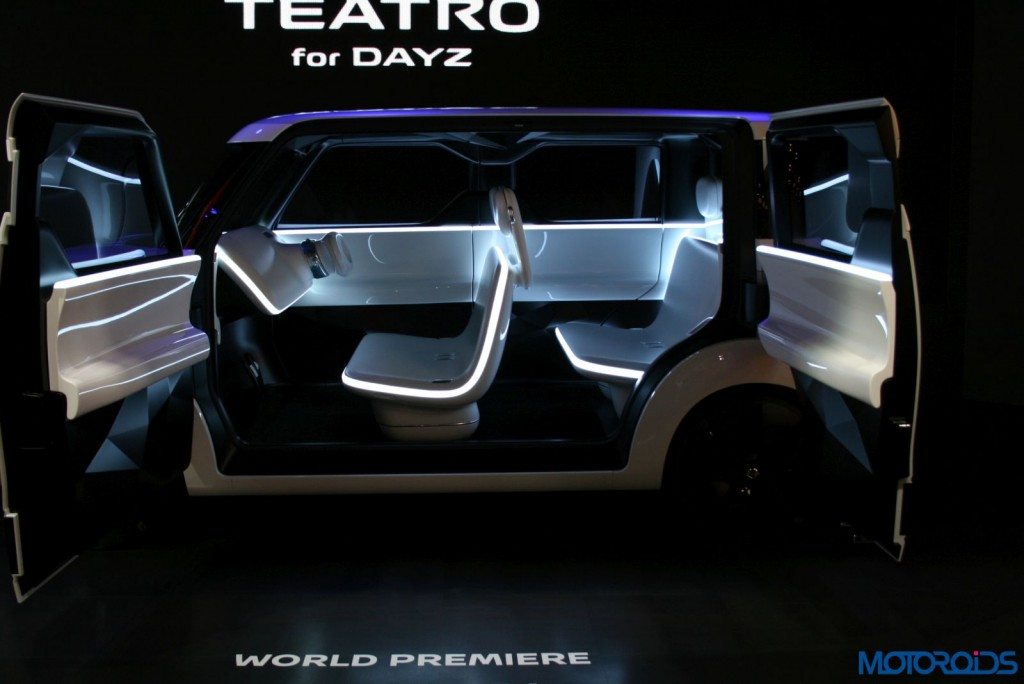 The exterior features a gloss white paint job with a few bits of satin white silver here and there. The front and rear bumper as well as the door panels feature LED displays. The interiors feature white seats which can be turned around, and include multiple displays. The visuals from these screens can be altered according to personal preference like playing games or watching a video. The air-conditioning and audio system are controlled via voice commands. Once the driving mode is activated, the front display changes into the instrument panel which displays navigation, meters, etc. 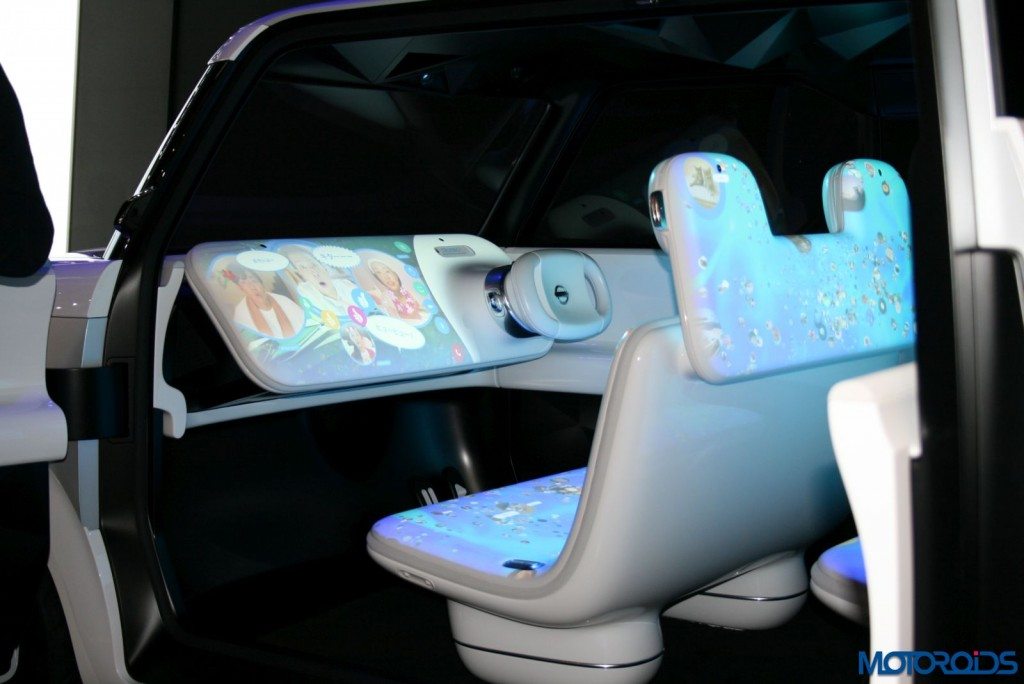 With this car, Nissan looks to satisfy less on the basic needs of a car such as performance, comfort or sportiness but but focuses on creating a clean canvas to inspire activity and creativity. Nissan does not plan on production anytime soon as the Teatro for Dayz is still a concept. But after judging the response of people, Nissan just might get a head start of the things to come in the future. 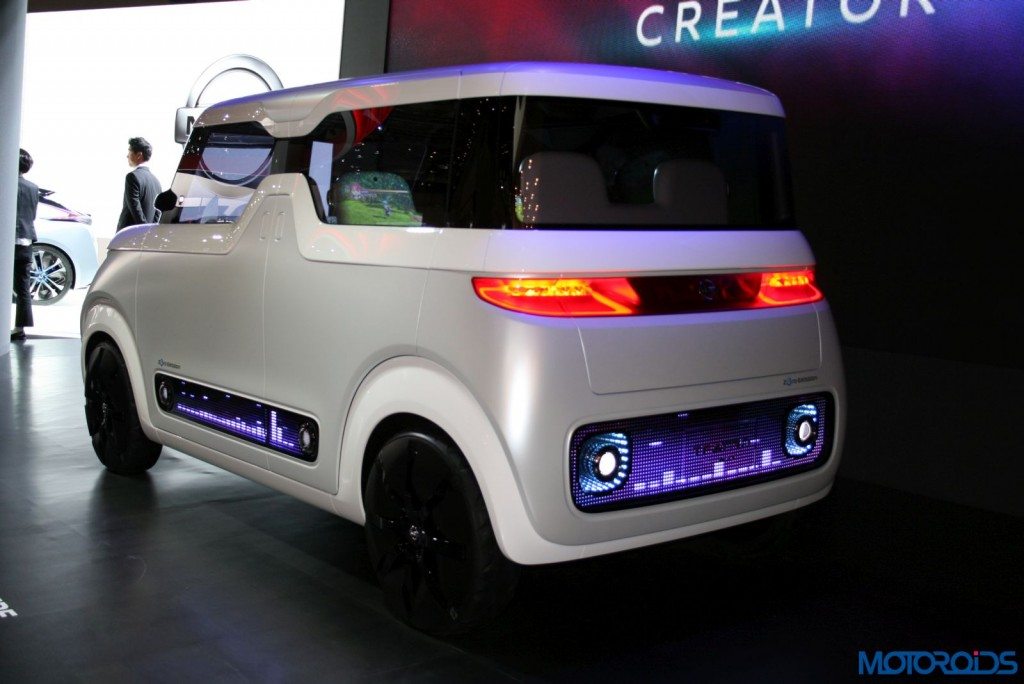 What are your views about the Nissan Teatro for Dayz concept? Do you think it will come out of the concept stage onto the production line? Do let us know your opinions through comments and our social media channels.