With the compact SUV segment gaining significant steam in the past few years, every manufacturer seems to be working on one such model in order to have a piece of the pie. Tata Motors will introduce the Nexon compact SUV in the coming weeks while the Renault Captur continues testing across the country. 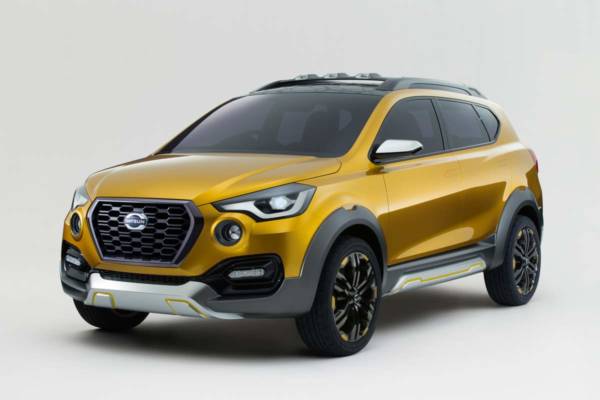 Now, Nissan owned Datsun is also speeding up the process to introduce its upcoming compact SUV, the Go Cross. Reports suggest that Datsun is working on a competitive pricing strategy for the Go Cross ahead of its launch that will take place in the near future. It is said that the Datsun Go Cross could be introduced with a price tag lower than that of the Maruti Suzuki Vitara Brezza, which could result in a price tag starting at about INR 6.5 lakh.

Showcased as a concept during the 2016 Auto Expo held in Delhi, the Go Cross would be based on the company’s CMF-A platform. Details regarding the powertrain options of the sub 4 metre vehicle are scarce at the moment although the model could be powered by a 1.5-litre diesel engine as seen on the Terrano and the Duster or a 1.2-litre petrol engine. Datsun could also introduce a new engine option on the Go Cross.

The Datsun Go Cross, although unconfirmed, will come with a more premium interior as compared to its siblings. It is said that the model could also receive a touchscreen infotainment system and will have seating space for seven occupants as compared to its rivals who would offer a seating capacity of five people. This third row though, could be restricted to use for kids or luggage. Once launched in India, the Datsun Go Cross is expected to rival the Mahindra KUV100 and the lower variants of the Maruti Suzuki Vitara Brezza and the Ford EcoSport.