After a steady Stage 1, all four riders from team Sherco TVS Factory Rally, successfully completed stage 2 of the Dakar 2019. The second stage took the riders from Pisco to San Juan de Marcona in Peru. The grueling stage included 553 of liaison and 342 km of special. While the other three riders made a leap in their rankings, Michael Metge suffered a fuel outage 7 km away from the CP, causing a delay of an hour and a half before he could make it to the halfway point. It is a long race and Micheal still has the opportunity to make up for lost time. Lorenzo Santolino, Adrien Metge and Aravind KP moved up in their rankings. They finished in 12th, 16th and 61st positions respectively. 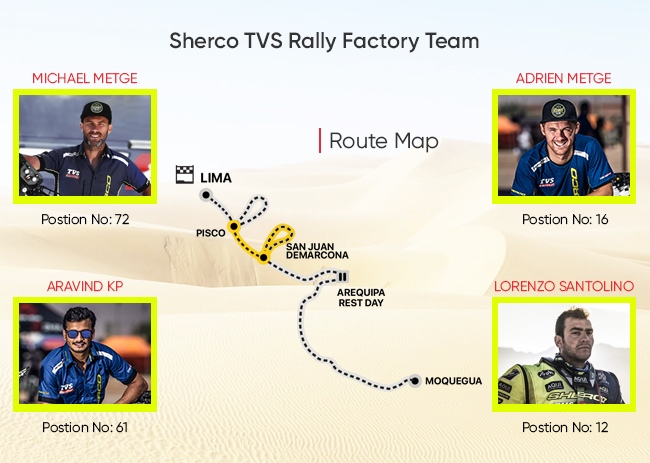 Here is what the riders had to say after bashing the dunes all day to complete a really long stage.

Lorenzo Santolino said, “I stayed consistent throughout the stage trying to push a little when I could, I felt good in the dunes and I was careful in the fech-fech. Everything is going well with the motorcycle and the team.” 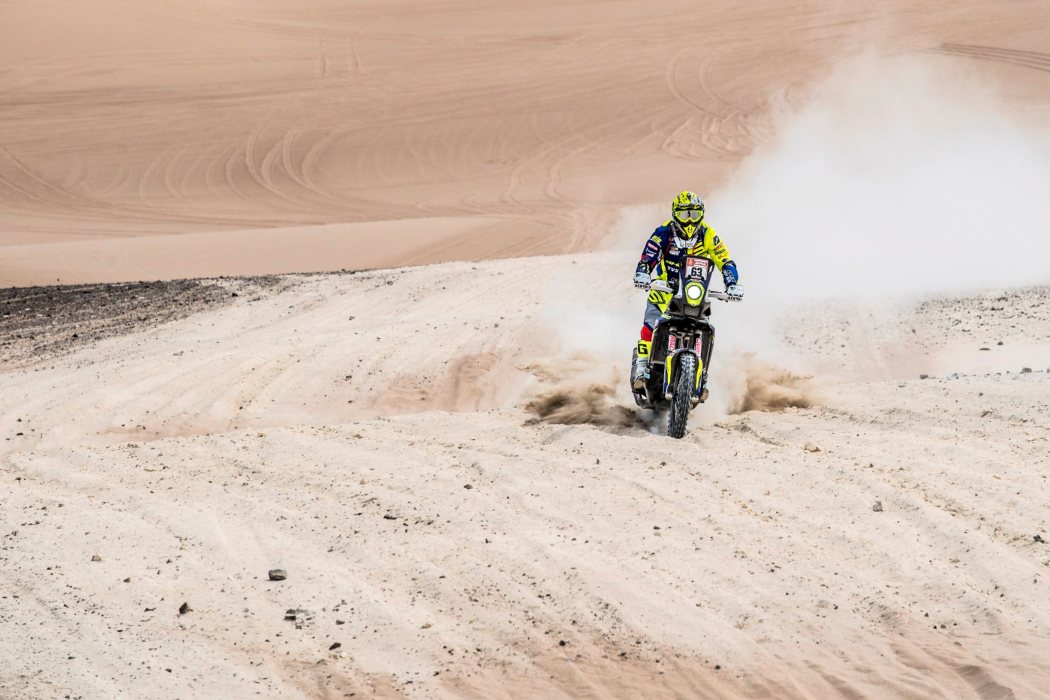 Adrien Metge said, “It was a nice day for me and  I had a good time on my bike, which worked very well, we followed the tracks of the cars, but tomorrow we go first so we’ll have to concentrate on navigation” Mickaël Metge said, “It was a challenging stage for me. I lost a lot of time but it’s the Dakar and there are still a lot of kilometres to go. I will give it my best shot.” 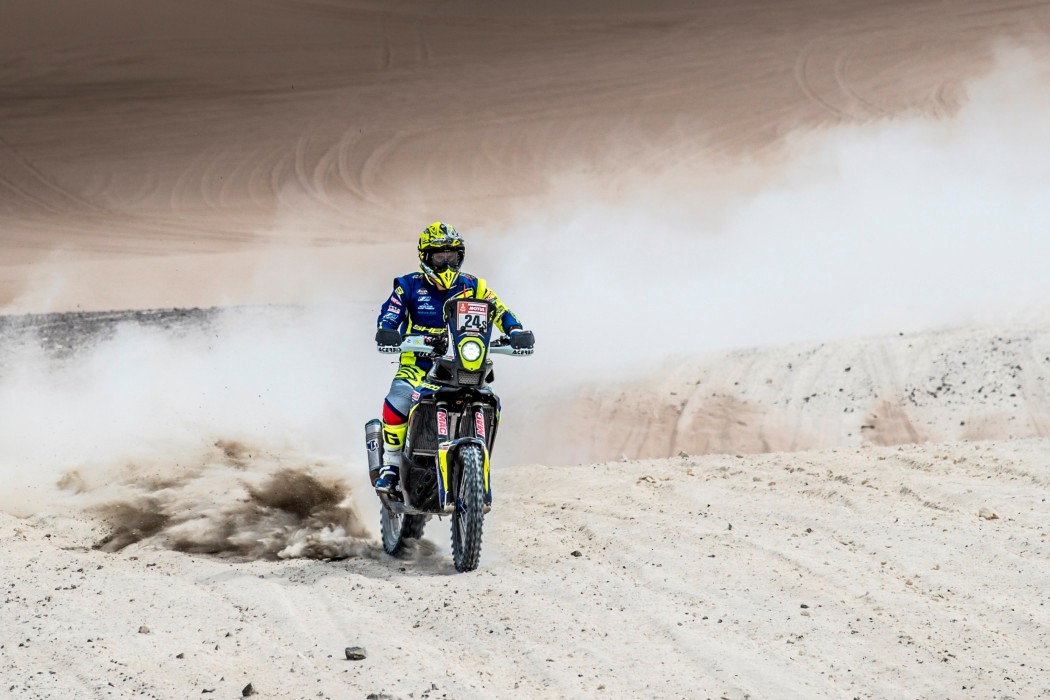 Aravind KP said, “I feel better on the bike. The stage was difficult with a lot of dunes and different grounds. I do my best to keep myself and the bike safe until the end of this Dakar.” 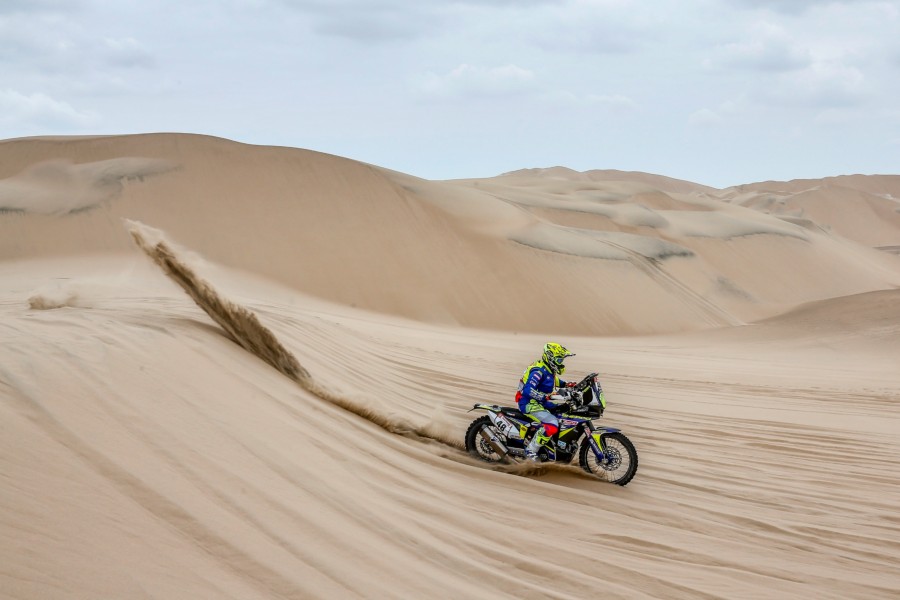 The riders are now preparing for the next stage. The third stage is regarded to be one of the most challenging stages of the 2019 Dakar Rally. This stage will take the riders from San Juan de Marcona to Arequipa. This stage will cover a total of 799 km including a 331 km special.