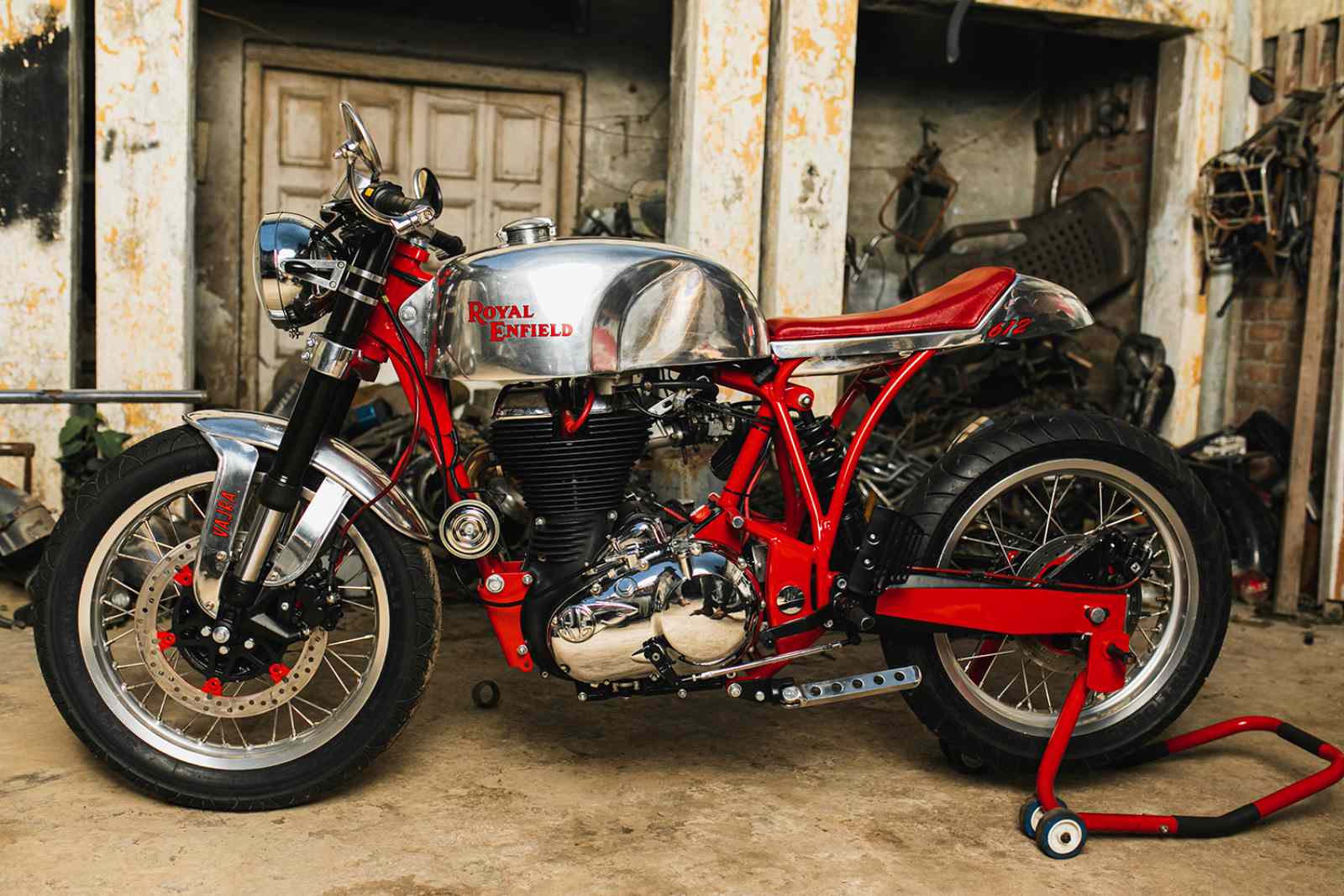 It really takes an amazing build to stand out in the sea of customized Royal Enfields nowadays. They are spread everywhere with a wide variety of mods and performance upgrades. But what makes ‘Vajra’  stand apart is the fact that it looks smashingly beautiful and boasts of performance which punches well above its weight. The donor motorcycle is a humble 2012 Royal Enfield Classic 500. The Classic 500 might not be a sprightly performer but Vajra’s performance is backed by some serious numbers.

Vajra is Sanskrit means thunderbolt and that is exactly what this custom build is. Built by Cycle City Customs in the Northern city of Ludhiana, their founders Baljit Singh and Sukhkaran Singh have done a splendid job. Baljit has been spinning the spanners since he was 14 and that level of expertise certainly reflects in this particular build. 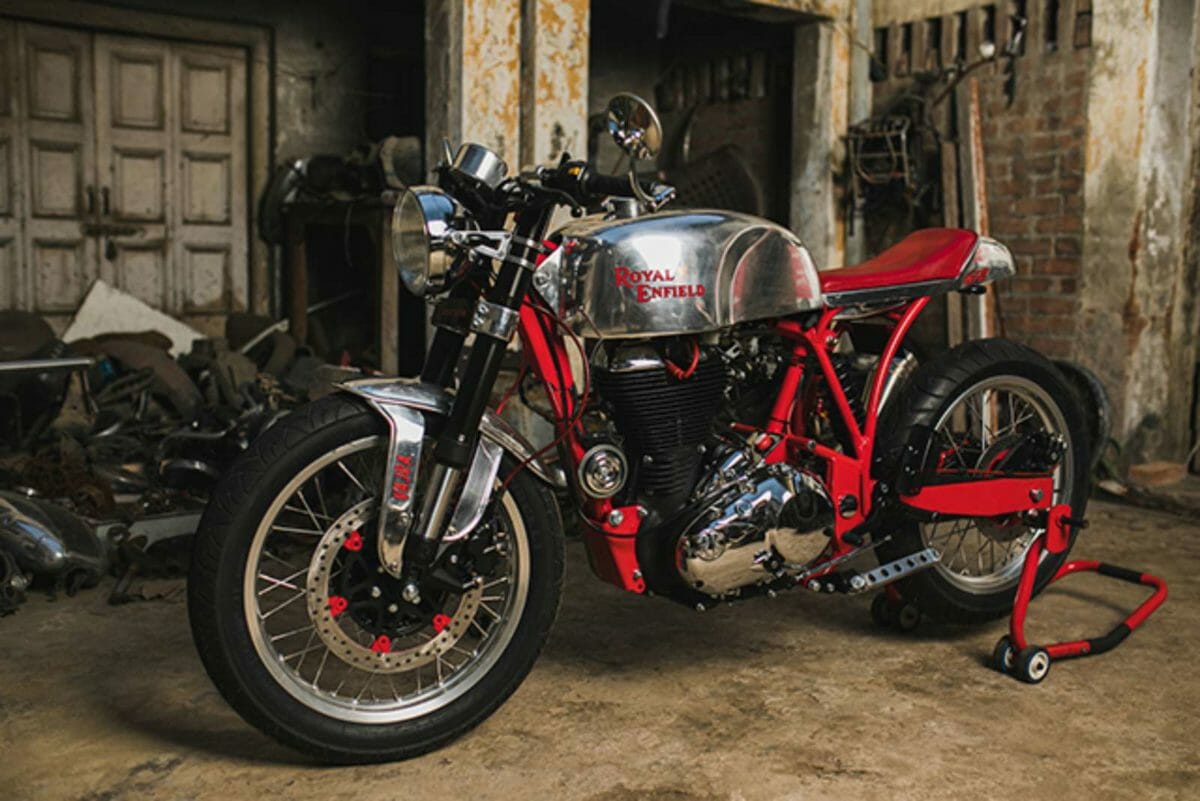 While the bike may be sparkling to look at, the main ‘thunder’ has to be given to the engine. The 500cc unit has been worked upon thoroughly with some performance parts sourced from UK-based Hitchcock motorcycles. The 500cc unit has been given the big block treatment and houses a new high compression Wossner Piston, all assembled with new gaskets and bearings. 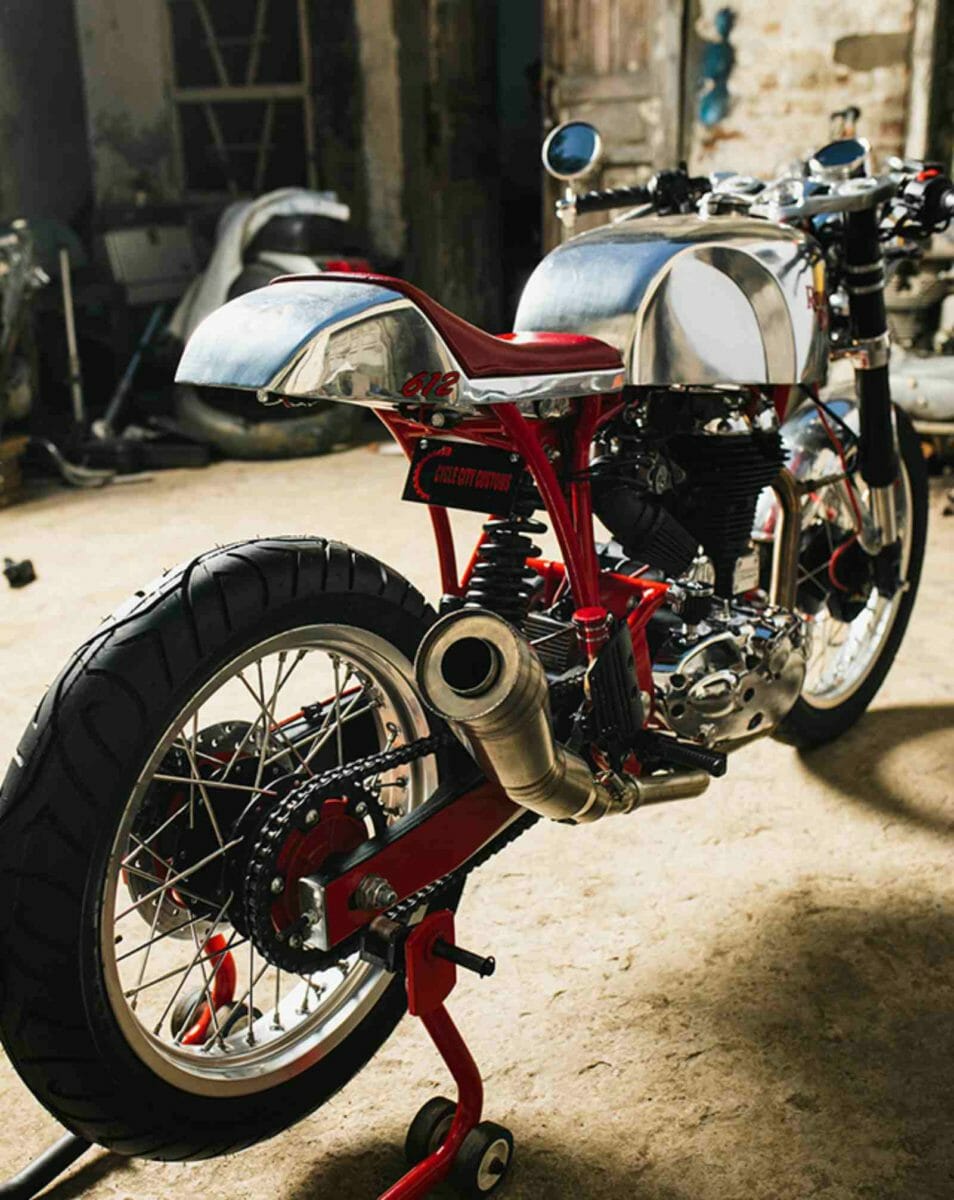 This brings the capacity of the short block up to 612cc. The fuelling department is handled by a Dynojet PC5 plug-in ECU in conjunction with an Autotune unit, and a quick shifter has been added for clutchless upshifts. There’s also larger diameter intake with a custom stainless exhaust. With all the mods in place, Vajra reportedly makes 40bhp at the dyno! 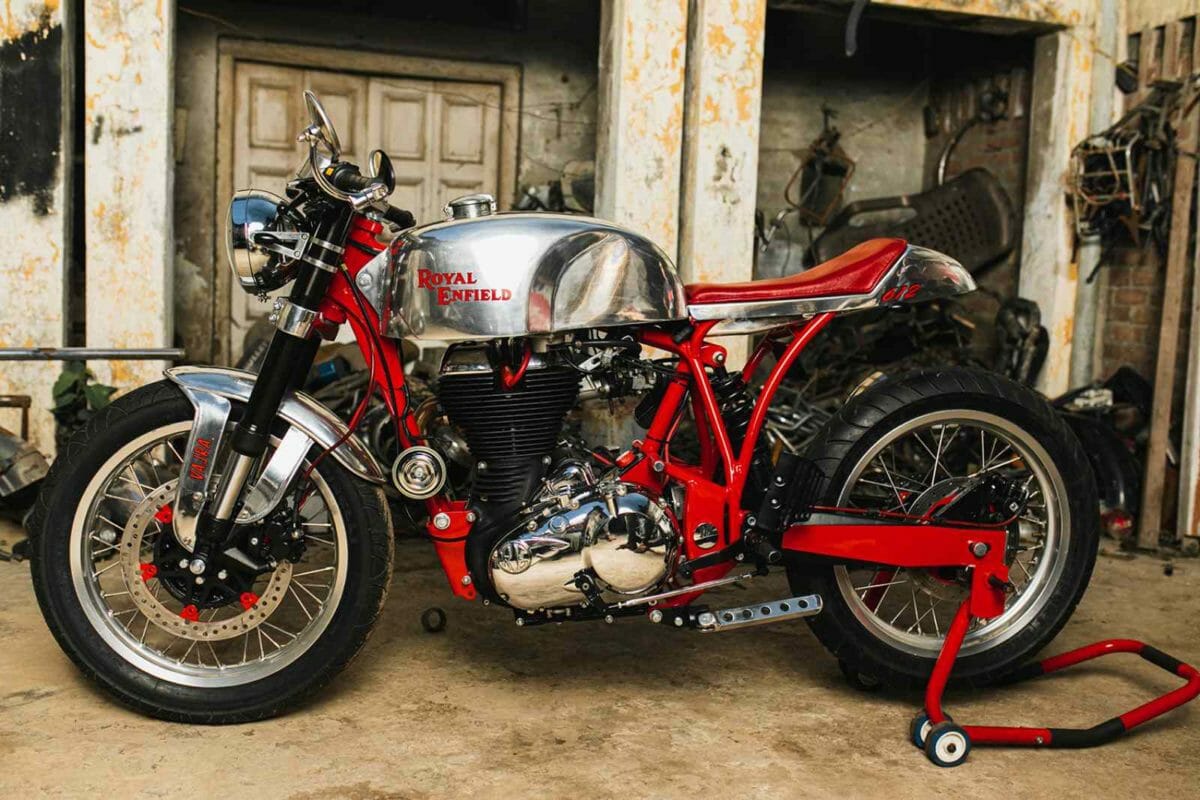 Coming to the looks of it, we will let the pictures do most of the talking. The frame is painted in a bright red shade and it looks smashing while contrasting with the highly polished aluminium fuel tank and cafe racer styled tail section. Before the build, the RE tipped the scales at 197kg but rolled back on completed and the final weight is just 154kg fully loaded. With so much performance on offer, the chassis had to be reworked upon as well. The rear end of the build houses a swingarm unit sourced from a Yamaha FZR600 and upfront, a USD setup from a KTM provides a great conversion with their WP forks, disc brake and integrated clip-ons. At the rear, the stock drum brake was tossed aside and a disc conversion with stainless lines added. The stock wheels are also replaced with a full set of aluminium items wrapped up in Pirelli rubber. 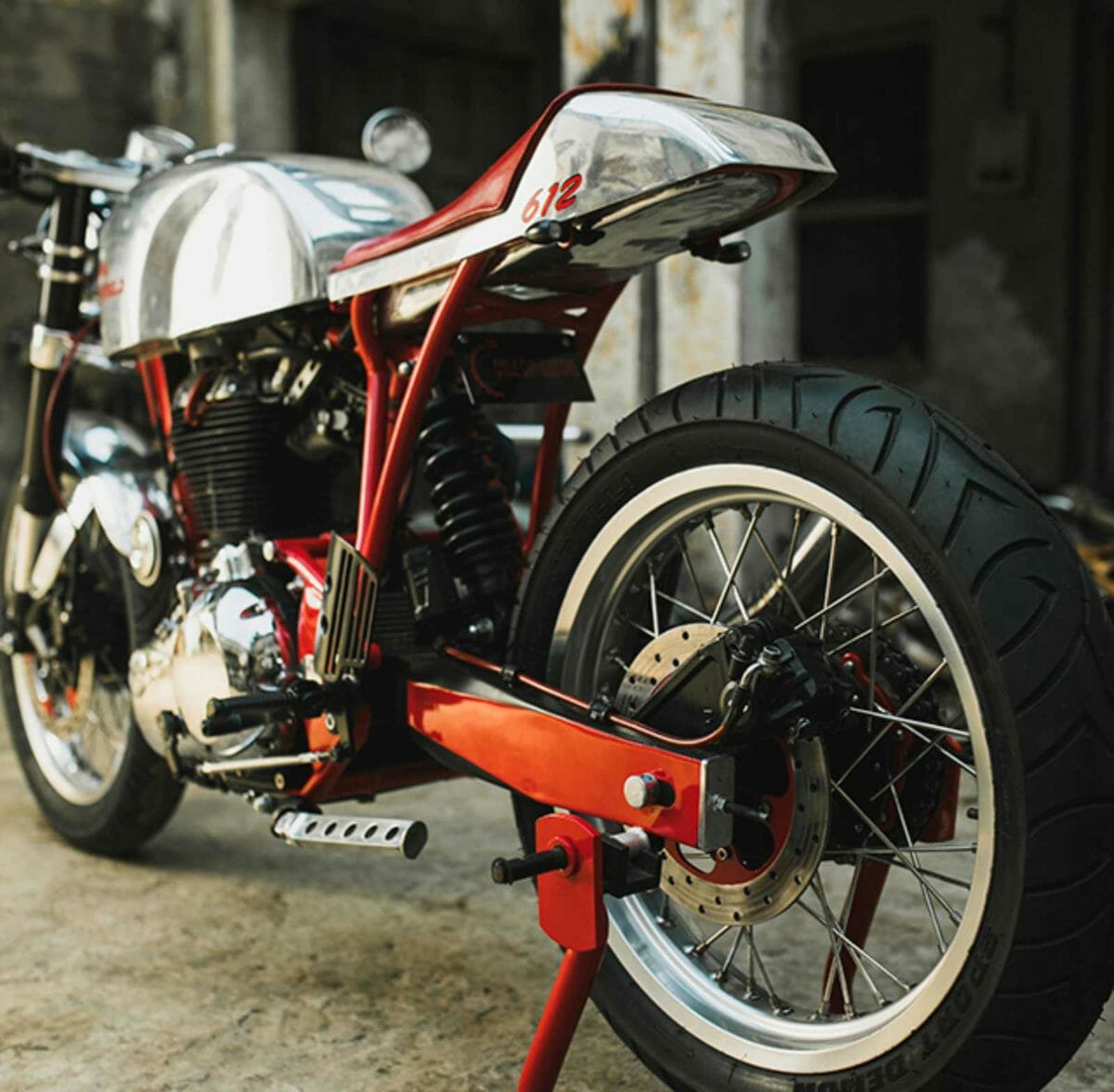 It is a well-established fact that Royal Enfield bikes are the most sought after option when it comes to customisation and the Chennai-based bike manufacturer does offer a plethora of genuine accessory options to its customers. The bikemaker recently launched a new range of exhaust pipes for the Classic 350, starting from Rs 3300.

The company now has a total of 16 exhaust pipe options for its Classic 350 bike. These units feature two finishes – chrome and chrome/black. The new range of pipes will be made available in three styles – straight cut, slashed cut and tapered.