There are a very few motorcycles which enjoy cult status as much as the Yamaha RD 350. It might not have been that successful when it was launched because the Indian market was just not ready for it. It was more expensive as compared to the other motorcycles, packed a lot of firepowers and was too ahead of the times. It might have been gone for a long time now but some tastefully restored and customized examples of the legendary two-stroker still serve as prized possessions of many motorcyclists around the country.

The minimalistic bodywork and not so modern electric components have made the Yamaha RD 350 an absolute hit in the customization scene. Dehradun-based custom house, Moto Exotica took an RD 350 and turned it into this drop-dead gorgeous café-racer. The custom build is very minimalistic but looks aesthetically pleasing and then there’s the renowned roar of the legendary two-stroke engine which is amplified by aftermarket pipes.

The bodywork has been completely reworked and the fuel tank is definitely a piece of work. The trapezoidal custom-made fuel tank is painted in a bright shade which looks contrasting to the rest of the bike and adds to the overall visual flair. One of the most defining traits of a café-racer is its aggressive riding position. That has been accomplished in this custom RD 350 by the inclusion of clip-on handlebars and rear-set footpegs. 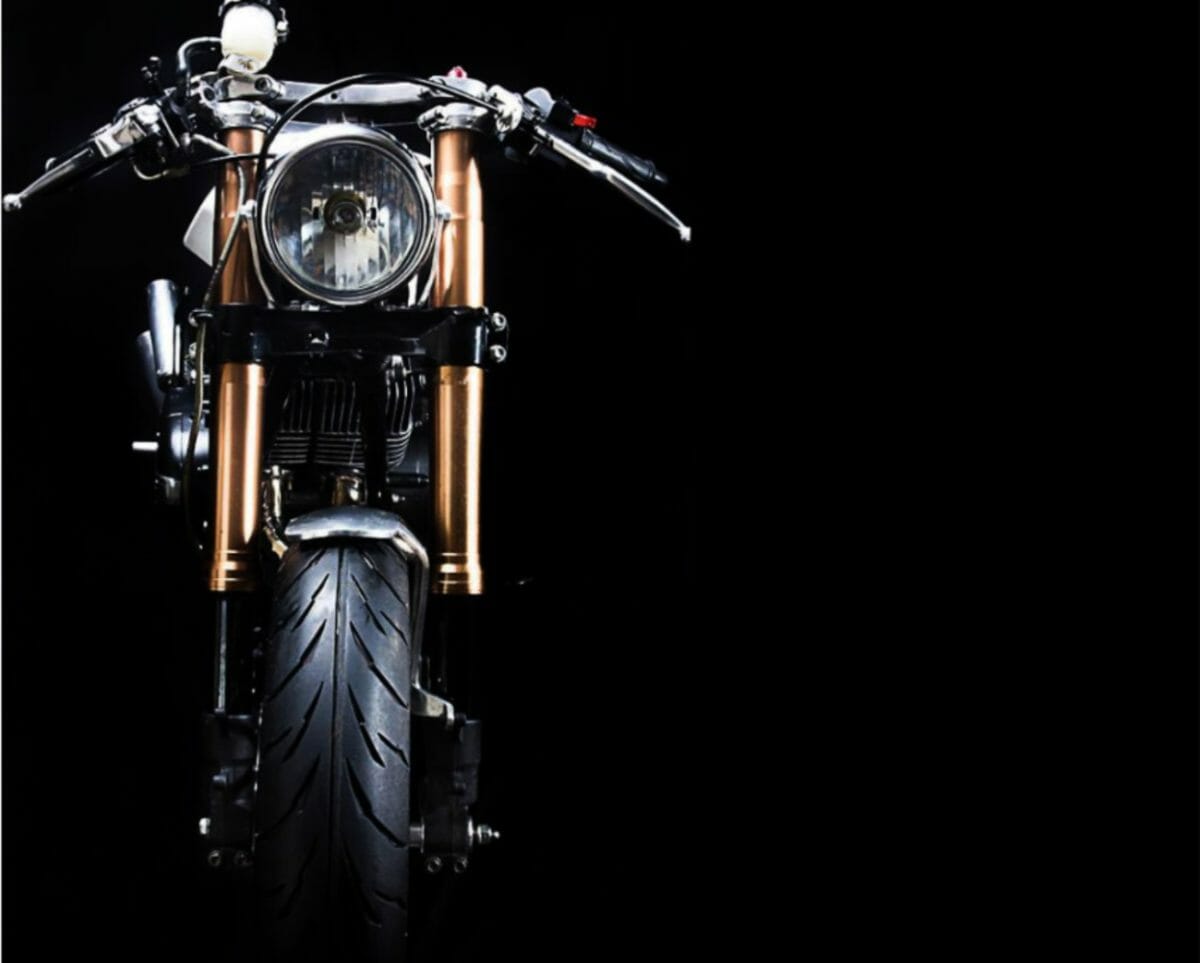 A round instrument cluster is mounted in the middle of the clip-on handlebars and that comprises of the cockpit view of the rider. Minimalistic, yet so appealing! The front forks are painted in gold while the stock suspension setup has made way for upside-down forks at the front and a rear monoshock. The RD 350 which was sold in India came with drum brakes at both the ends. The performance that it had on offer didn’t go too well with the braking capabilities because the drum units didn’t provide the bite that the bike demanded. A large front petal disc has been installed while the rear end has also been upgraded to disc brakes.

The video shows the RD 350 slaying the corners like it’s on rails and that accounts for all the mods it has received. The folks over at Moto Exotica have also thrown in a sticky and fatter pair of tyres to improve its handling characteristics. Another distinctive element is the aftermarket exhaust with dual mufflers. The stock RD 350 sounds like a dream and this customized café-racers sounds even better than the stock!

Also read: This Indonesia Fellow Built Himself A Yamaha Tenere 250 Based On The YZF-R25 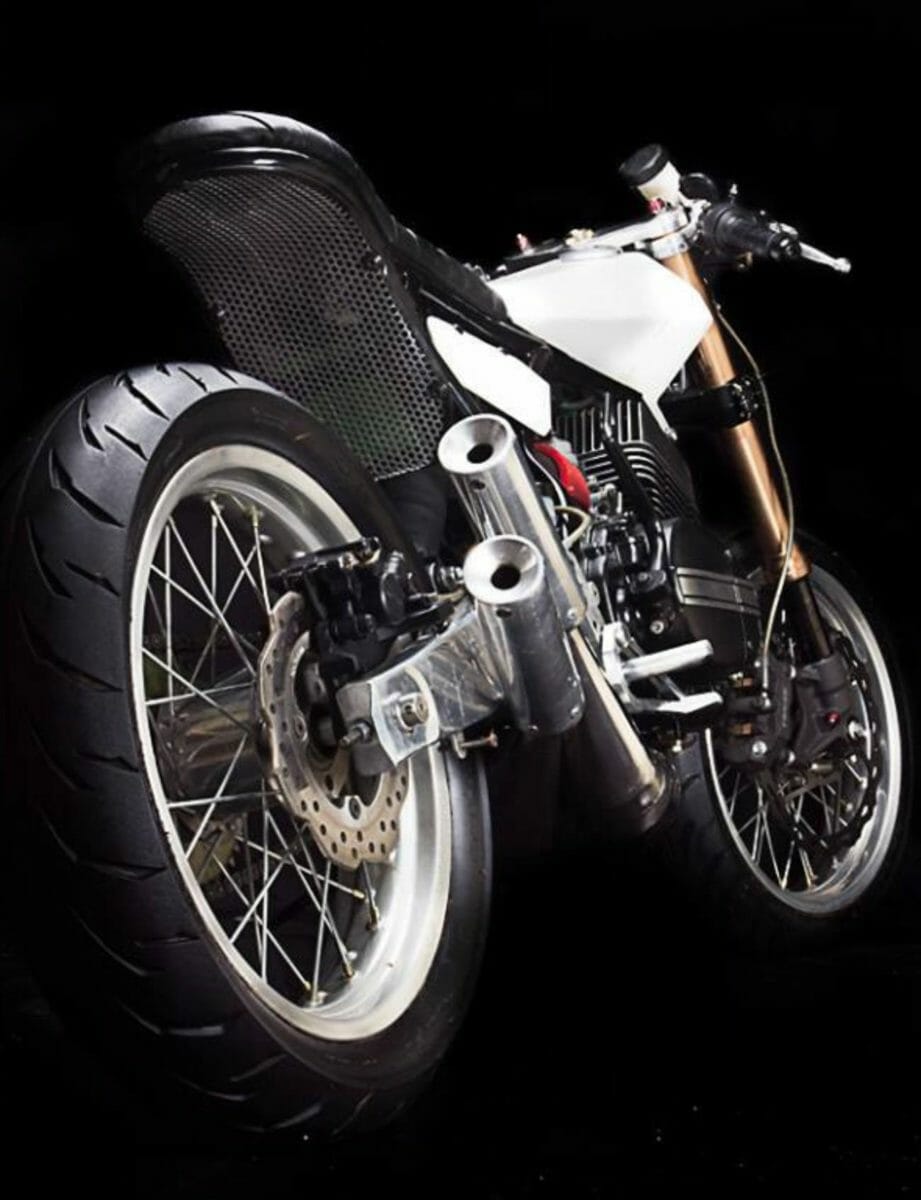 It was a performance machine that was way ahead of its time. The RD350 came during a time when speeding on a motorcycle was still an uncharted experience for most Indians and its production lasted between 1983 and 1989. The Yamaha RD350 was powered by a 347cc two-stroke twin-cylinder engine. In India, the RD350 came in two variants: HT (High Torque) and LT (Low Torque). The HT variant made 31bhp while the LT model produced 27 bhp; still a high figure for the time. The engine came mated to a six-speed gearbox. Initially, only the HT variant was available. The LT variant was introduced later in 1985.