The Bajaj Dominar 400 was placed against the Royal Enfields and thus it was expected to be able to take the beaten path. The stock motorcycle can take on some amount of rough terrain but someone probably to take its prowess a notch higher. We’ve seen quite a few custom mods for the Bajaj Dominar but here’s one of the most extreme models yet and this one’s customised to be an adventure tourer.

You May Like – Bajaj Dominar 400 : After The Domivel, Someone’s Working On A DomiStrada ADV 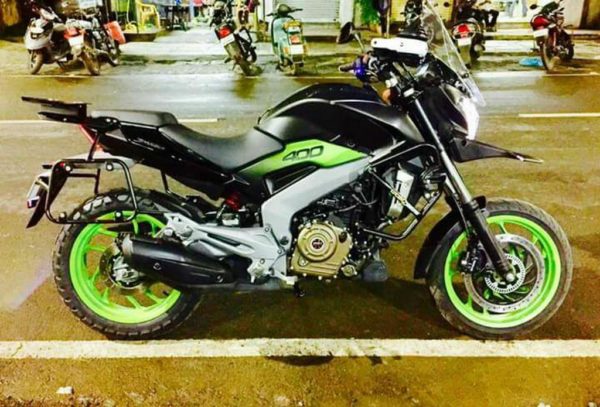 This custom Dominar 400 is coloured in black while it gets lime green paint on the wheels and on the side panels. Adding to the adventure tourer persona of this custom Dominar 400 are accessories such as the large windshield, headlight protector, engine guards and luggage rack. This custom Dominar has a protruded beak with a tall-set front fender and a raised suspension. There’s also a carrier at the back which could be used to either clamp a top box or a rack sack. The dual-purpose knobby tyres should improve its off-roading capabilities further. 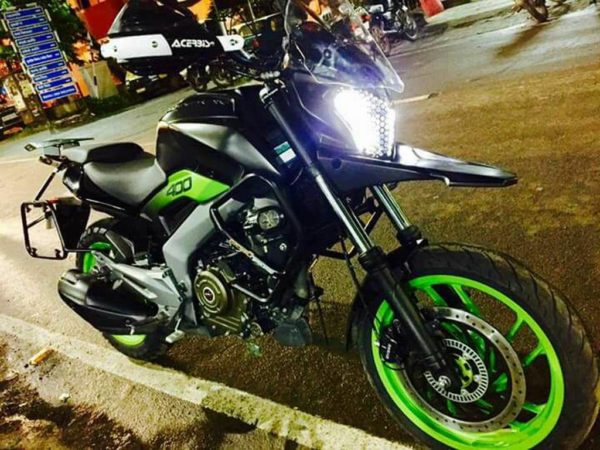 The modifications are limited to visuals only while mechanically, the custom build Dominar uses the stock 373cc engine that delivers 34.5bhp of power @ 8000rpm and 35Nm of peak torque at 6,500rpm. This power is then transferred to the back end with the help of a six-speed gearbox. 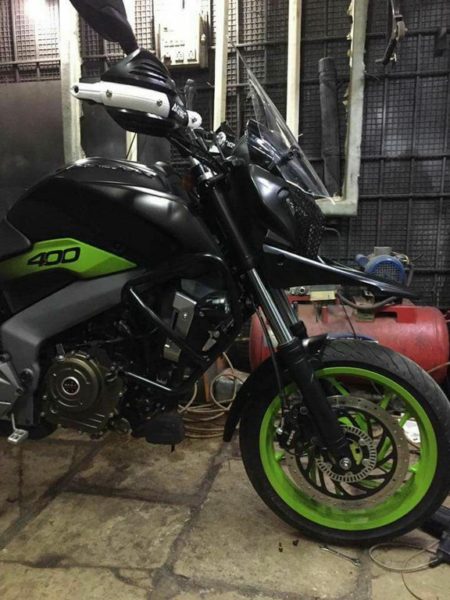 What do you have to say about this custom Bajaj Dominar 400? Let us know your views through the comments section below.