We are quite familiar with the phrase, close but no cigar. We also know the best cigars in the world come from Cuba. However, people in Cuba haven’t been able to experience other pleasures in life, don’t get other ideas, they’re all okay, we’re talking about driving cars. 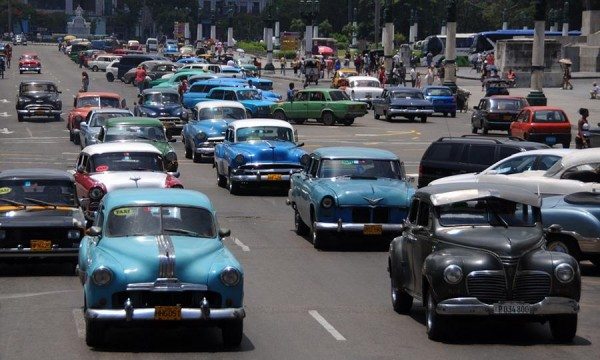 Cuban dealers sold 50 cars and four motorcycles nationwide in the first six months of the year under a new law that removed limits on auto purchases for the first time in half a century, but prices are so high only a few people could afford them. Frustrated Cubans were happy to welcome the law that took effect in January this year, however, the happiness was short-lived, as cars were priced upto 400 percent or more of their actual price, which caused family sedans to be priced like some sports cars. For most of the Cubans, who make as much as $20 a month, a dealership in Havana was selling a used Peugeot 206 for $91,000, which is about INR 55,00,000. The optimism from the sales numbers made them put a Peugeot 508 for sale at a price of $262,000.

Before the start of this year, Cubans had to request authorization from the government to buy cars and it was only in 2011, when the Government started allowing it’s people to buy and sell cars from each other. Before then, only cars that were in Cuba before the 1959 revolution could be freely bought and sold, which is why there are so many U.S.-made, vintage 1950s cars on the streets. The government wants to invest 75% of the funds they earn selling cars to improve the almost non-existent public transport system.