There are days when everything goes wrong with you. In this video, you can see a young driver of a black Mustang waiting on the side of the road. 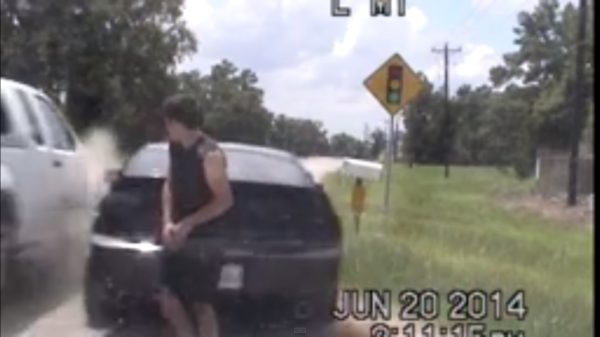 According to the information available, the cop had previously spotted the Mustang speeding on the opposite direction. According to the  Montgomery County Police Reporter (MCPR), the Mustang driver had seen the lights and had already pulled over to the shoulder of the road.

During the stop, the driver told the cop that a truck “had been following so close had passed on the right earlier and thrown a beer bottle at his passenger door”.

The cop then checks the man’s driving license and comes to his car. The man waits leaning on his ‘Stang when all of a sudden he sees the truck heading towards him and moves aside. The pickup swipes the driver side of the Mustang and stops after few metres.