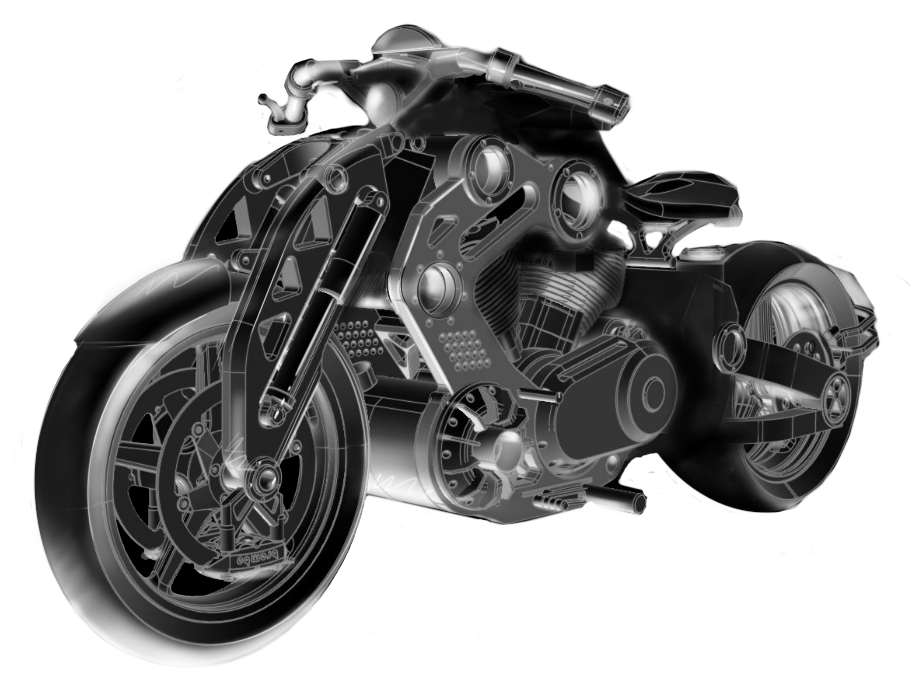 USA based Confederate Motors might not have been making news since the X132 Hellcat was unveiled in December 2011, and rightly so for a reason. Creating outlandish but exotic motorcycles that make absolute mockery of traditional motorcycle design philosophy take some time coming. So finally after 2 years since the X132 Hellcat went on sale (Indian Captain Mahendra Singh Dhoni bought one), Confederate Motors have revealed their latest motorcycle creation- the Confederate C2 P51 fighter.

Former Ducati Designer- Pierre Terblanche is now heading the product development and design at Confederate and the P-51 fighter is the first motorcycle to have been conceived under his direction. Though nothing much has been spoken about the figures of the Confederate C2 P51 fighter, but Terblanche hints at generous implementation of titanium, aluminium, stainless steel and carbon fibre as has been the ritual on Confederate’s past motorcycles.

Talking of weight saving improvements, a full 18 kgs would be shaved off the v-twin engine- thanks to a new billet aluminium crankcase alongwith new cylinder, barrel heads and new valve covers. Also Terblache states that a new downdraft injection system will allow Confederate to have more power and also improve the ergonomics (ahem what’s that!) of the motorcycle tremendously.

Confederate has revealed that only 31 units would be built and available for sale from June 2014 onwards. Curious about the pricing? Well, as a reference- prices of the R131 Fighter STARTS at an equally exotic US$ 100,000- and it won’t be shocking to see the P51 Fighter shatter the earlier mark.