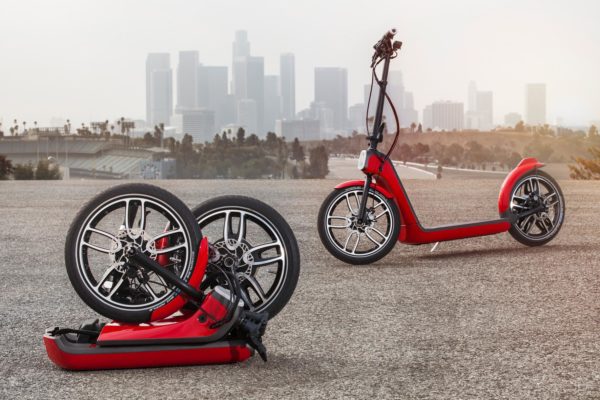 India still won’t warm up to the idea of tottering around the park/city on an electric scooter, but Mini has come up with clever fold-able, electric runabout that’ll fit easily inside the trunk of your car. Meet the Mini Citysurfer Concept. With a range of 10-15 miles, a top speed of 15 mph, a compact fold-able body that can fit in any car’s trunk and a charging socket integrated into its holder for your smartphone, the Mini Citysurfer Concept makes a strong point for itself as an ingenious solution to the challenges of owning a car in an urban area. 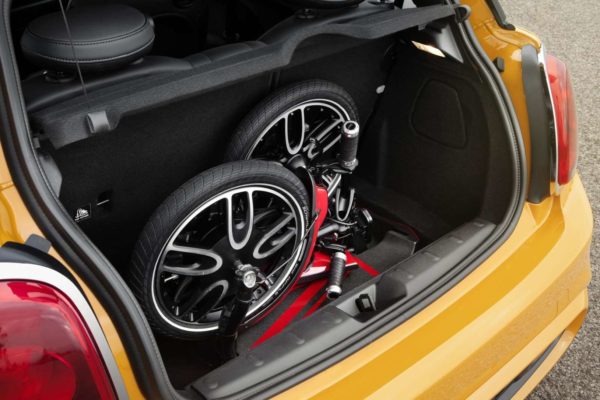 The lithium-ion battery is neatly integrated into the frame, and after a ride, the electric motor is automatically switched off and disconnected from the free-wheel hub in the rear wheel so that you can continue by foot power without being held back by the motor’s rolling resistance. The electric drive can also be deactivated at any time by pressing a switch in the brake lever. Apart from all that ,the Citysurfer boasts regenerative braking on the move, and a car can feed it juice through a regular 12-volt cable. While at home or work, a conventional household socket can be put to use using a special adapter. 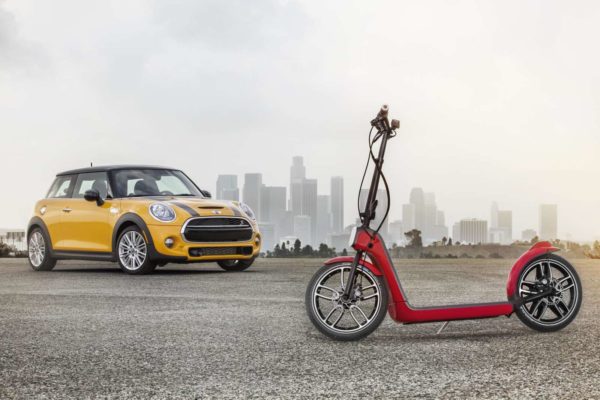