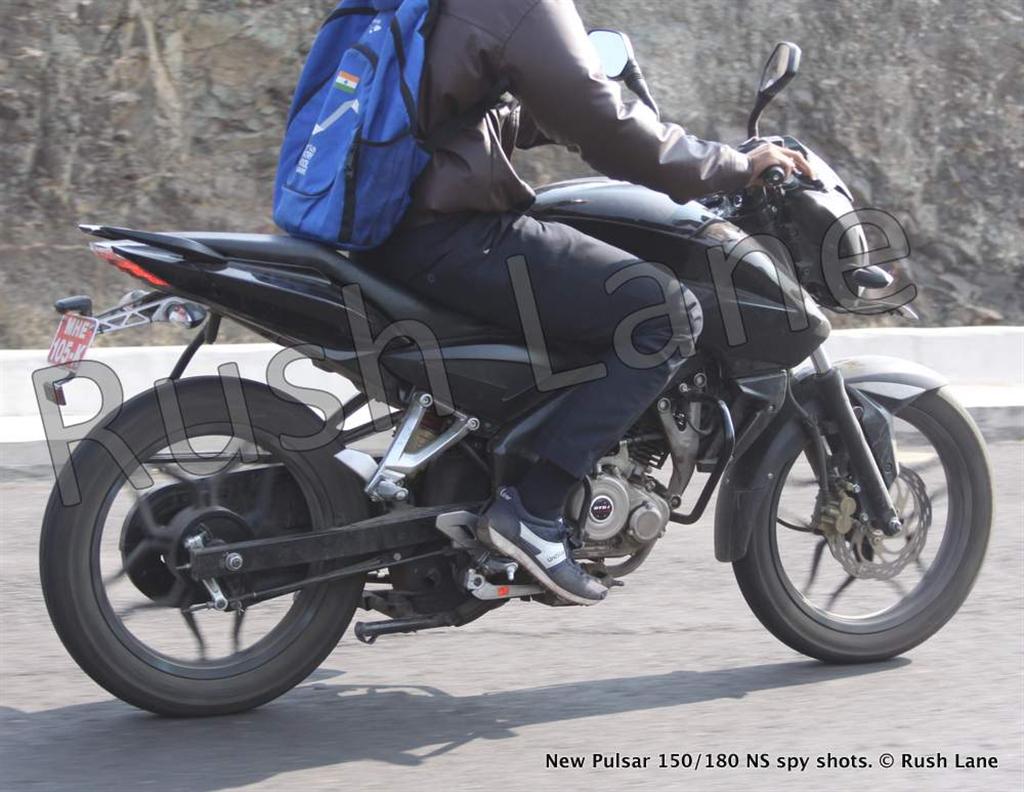 It had been going on for long now- but the evidences till date were shaky and blurred. We’re talking about the 2014 Pulsar 150NS and the 2014 Pulsar 180NS test mules spotted on their highway runs. But now the blokes at RushLane have managed to bring clarity to the matter. Clearer pictures have now emerged of the new Bajaj Pulsar 150NS and Bajaj Pulsar 180NS, which should be replacing the ageing earlier generation of Pulsar 150s and the 180s. 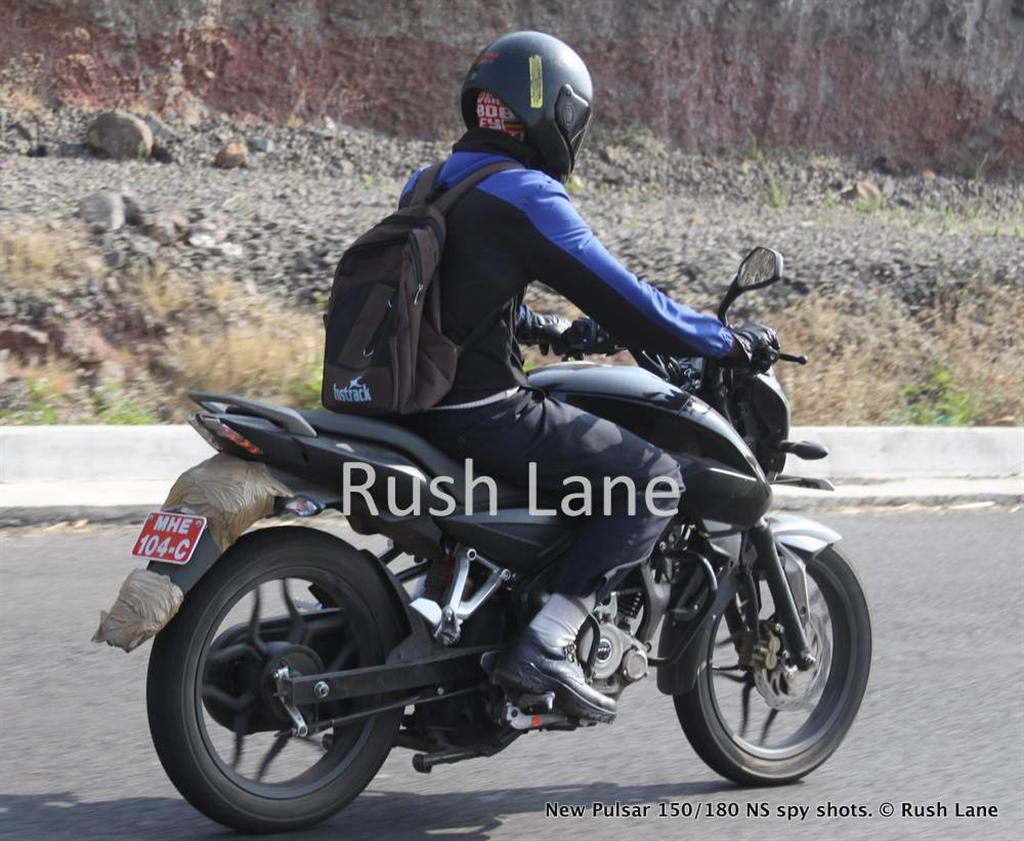 Though the new two bikes overall strike resemblance to the Pulsar 200NS, a few differentiations are visible which hints at cost cutting too. To start with the rear panel is one good example, which rather retains the shape of the earlier gen Pulsars albeit with the LED tail of the NS. 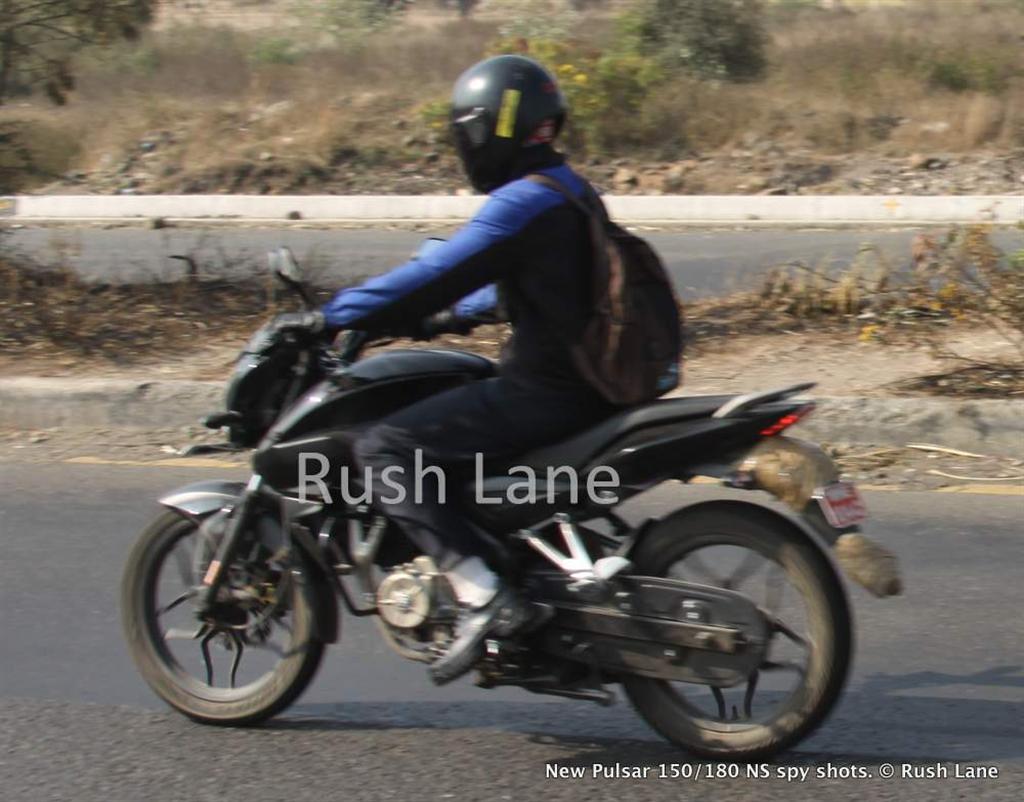 The mudguard design on the Pulsar 180NS is sporty as in the 200NS, whereas the Pulsar 150NS gets an extended unit and looks too big for the liking. The 180NS gets a set of two-piece grab rails, while the 150NS makes it up with a singular unit. The petal’d front disc rotor looks smaller than the one on the 200NS with both bikes running a drum setup at the rear. Presence of chain-guards on both bikes denotes use of a regular chain saving costs against using an O-Ring chain. Though we would have liked the 180NS to have an open O-ring chain to add to its overall sporty appeal. 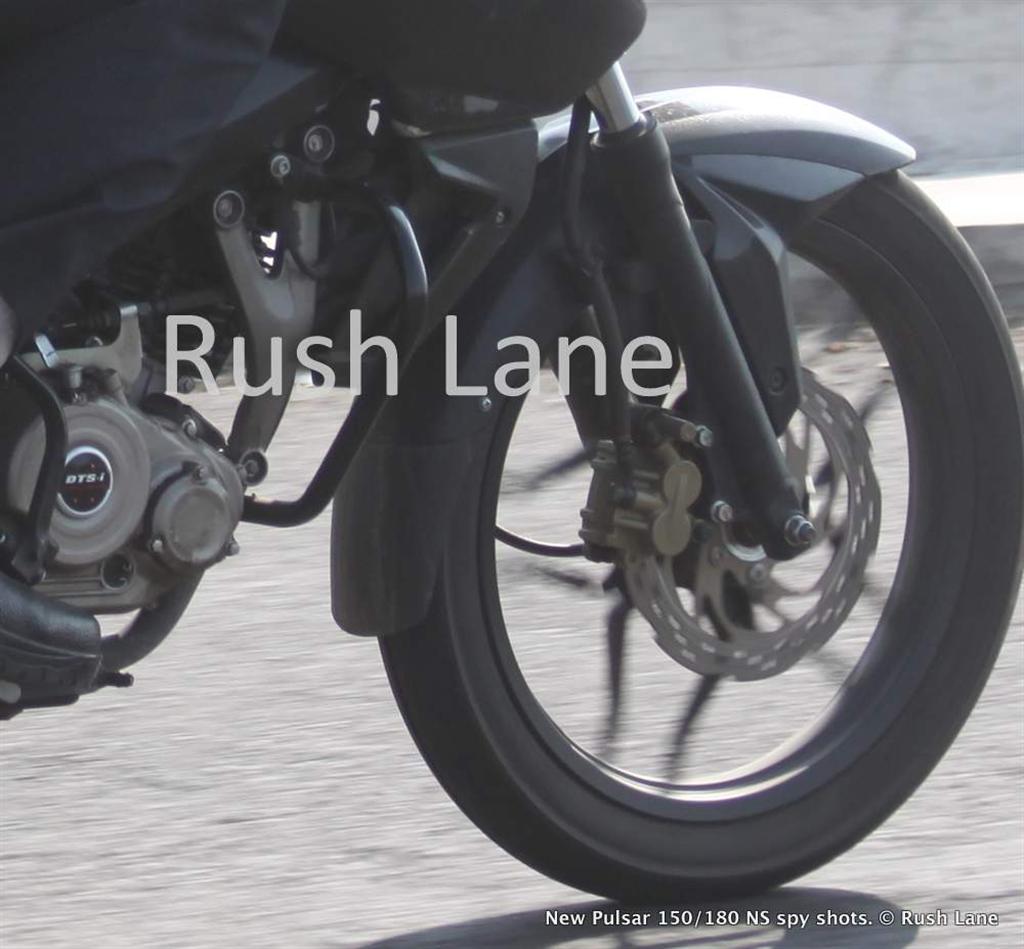 The radiator cowls have been added as part of styling than function and cooling fins on both the motorcycles mean they would continue to be powered by air-cooled engines. The surprising element is the presence of a kick-starter on the P180NS which has been absent on the current P180 DTSi. On the positive note, its good to see both these bike sporting a monoshock setup at the rear and retaining the perimeter frame from the 200NS. 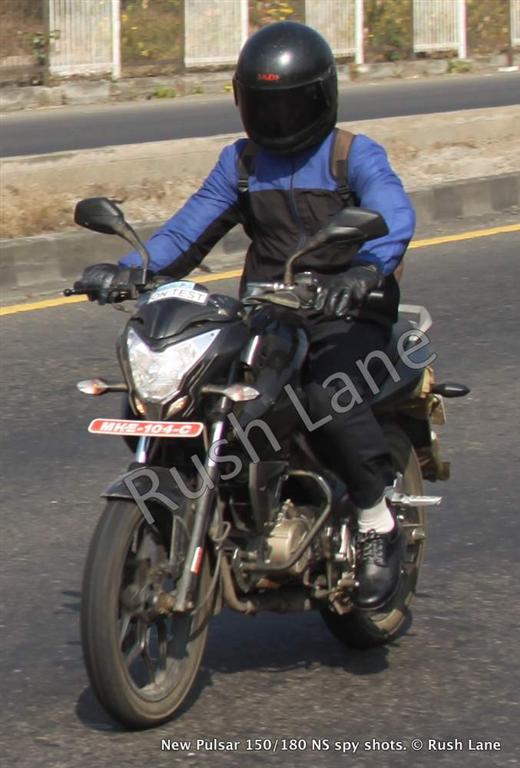 We expect the new new Pulsars to sport bumped up engine figures when they are unveiled at the Auto Expo 2014 next month. Stay tuned for more updates!