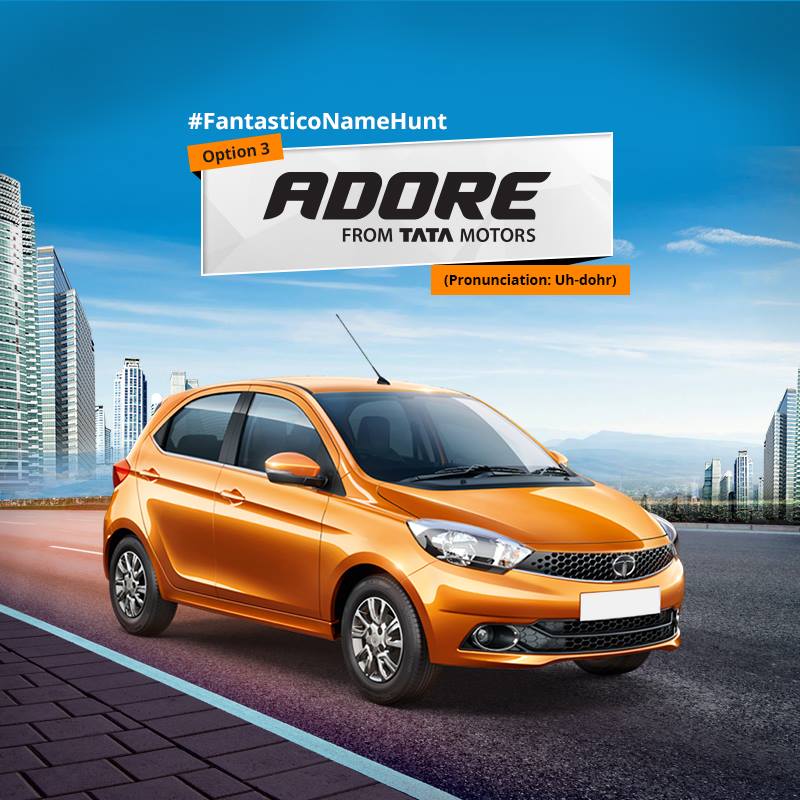 As we reported earlier, the spread of the deadly Zika virus made Tata Motors trash the name Zica for their new compact hatchback. The company also deferred the launch of the car for reasons unexplained, probably to find a more suitable name for their newest baby. The company had also announced an activity namely Fantastico Namehunt to involve car enthusiasts and potential customers to re-christen the Zica.

The company, in a span of 72 hours, managed to engage with 48,000,000 enthusiasts, registered 12,000,000 video views, and received 37,000+ name suggestions. Tata Motors have sifted through all the names and have narrowed down their search to three names – Civet, Tiago and Adore. The company, however, cannot pick one of the three names as the final choice.

So Tata Motors is now inviting people to vote for one of the three final names.  Anyone participating in the contest needs to use #madeofgreat & #FantasticoNameHunt. Users need to tweet or comment the name of the car tagging @zicatatamotors on Twitter & facebook. The winner will be the guy whose name selection matches the final name, and will be selected randomly. The prize for the contest is the new Tata compact, which has been known as the Zica till now. If the winner is a person outside the country then the equivalent gift amount will be given to the winner.

Here’s what you need to know about the three final names before voting.

Tiago: Tiago and Thiago are Portugues variants of Diego and in English Jacob