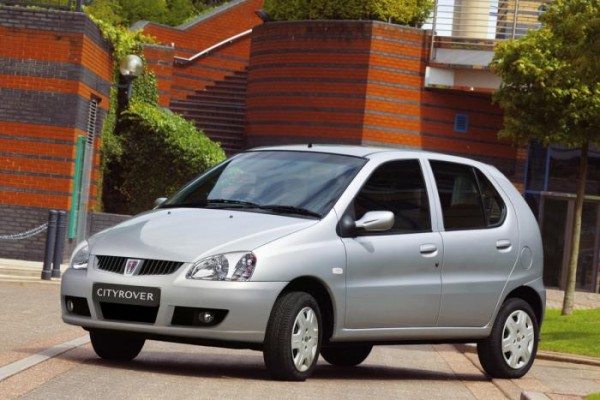 The Rover City Rover aka Tata Indica has found itself topping the  ‘Top 10 Worst Cars’” list that was recently published by English  weekly Auto Express. This list contains names of the 10 worst cars that have been made in last 25 years.

The City Rover ias basically a rebadged Tata Indica that was launched in UK by MG Rover in 2003. The Indica, nay, the CityRover found itself competing with some accomplished rivals in the Supermini segment, where it went on sale with a starting price of GBP 7,000 (INR 7.07 lakhs).

The car could never manage to do well on the sales charts and was pulled off the shelves in April 2005. Auto Express says that the CityRover was a dud seller right from the word go and also says that the car was marred by really poor build quality.

The list comes out at a time when Jaguar Land Rover, the premium car maker from Britain, is being controlled by Tata and has been doing really for itself. Popular English auto-journalist, Ray Hutton, who recently came up with his latest book,“Jewels In The Crown: How Tata of India transformed Britain’s Jaguar and Land Rover”,  has said,”Turning the Indica into the CityRover was a rush job – and it showed. Dr. V Sumantran, the car engineering chief at what had become Tata Motors, understood the requirements (he had recently joined Tata from a senior post at General Motors in Europe) but the problem was fundamental: quality standards accepted by Indian first-time buyers were not high enough for Europe, and changing details such as springs and dampers, tyres, seat covers and floor mats was not sufficient.”