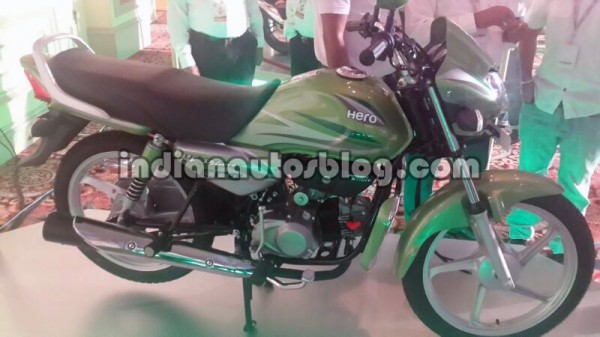 The two new Karizmas and the Extreme facelift isn’t all that Hero MotoCorp has unveieled! It has emerged that along with the aformentioned new bikes, HMC, India’s largest selling bike maker, has unveiled the new Hero Splendor iSmart entry level commuter motorcycle. It may be noted that the Splendor is world’s largest-selling bike and contributes to almost 35% of total sales from Hero MotoCorp.

Thr new “Splendor iSmart”, which you can see in the pics here, would be considerably different from the regular variants and would help the brand to ward off the increasing competition from bikes like the Mahindra Centuro and the Honda Dream Neo. The Splendor iSmart comes with an all-new speedometer console, new body graphics, a new frontcowl that sports a fly screen and also gets a pair of split grab rails. Powering the Splendor iSmart is the same 100cc engine that powers the regular variants. 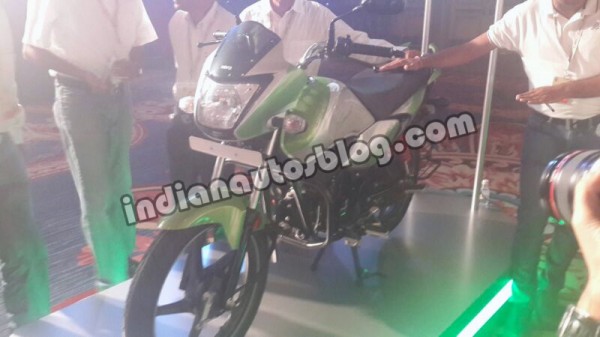 Speaking about the recently showcased products,  a dealer said,”The new products demonstrate Hero ‘Can Do’ approach to have independent strength to develop indigenously. The new line showcases progress Hero has made on its current range, and also indicates the company’s plans to bring new platforms in 2014,“

Another dealer added, “The company had promised some breakthrough products and the all new Splendor has surprised us with sharp features and some new design cues. While this is still on the current platform, it is clear that Hero is certainly working on a range of products to be developed on new platforms.“

it would be interesting to see if the new Splendor iSmart, which uses the same old engine but gets new features, would be fairly potent to keep rivals at the bay.